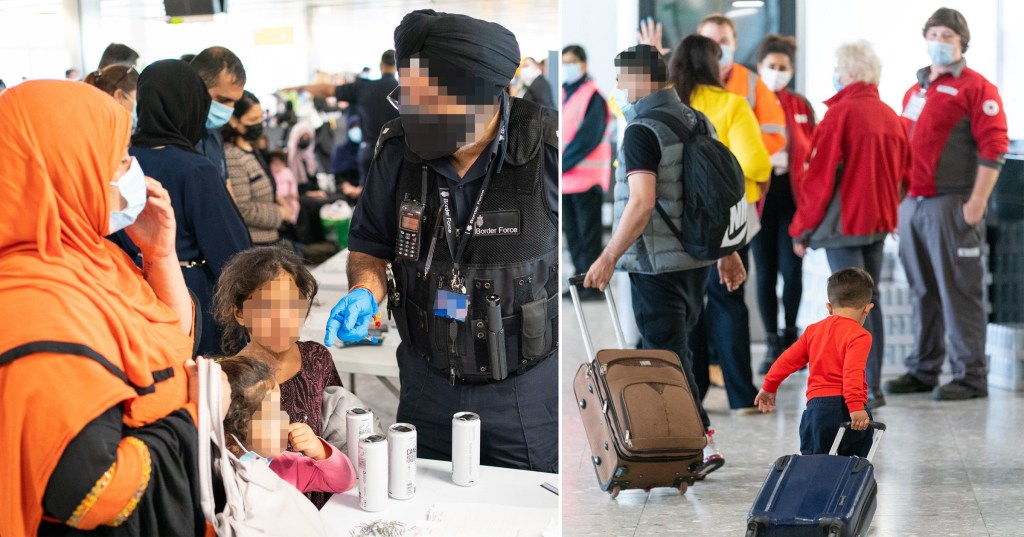 Afghans with British relatives no longer need to meet visa requirements to settle in the UK, according to Home Office sources.

A waiver was put in place to ease last-minute rescue efforts by the government, allowing evacuees to live in Britain without meeting normal immigration criteria such as proving their English language skills.

But it only covered the families of British nationals if they were being evacuated with their family unit.

Official guidance also instructed officials in Kabul to prioritise ‘dependants’ of British nationals, which the Home Office defines as spouses, children aged up to 24 and immediate relatives who rely on their loved one for care.

These limitations are believed to have left behind thousands of people vulnerable to Taliban persecution if their ties to UK citizens were to be uncovered.

Saturday then marked the end of Operation Pitting – the largest evacuation mission since the Second World War – stranding many more Afghans who were eligible for evacuation but could not be processed in time.

A new scheme to resettle 20,000 Afghans will prioritise people by their vulnerability but no start date has been announced and the plans are thin on detail.

Officials said the waiver will apply to any future resettlement schemes.

The policy also suggests Afghans with British relatives may be free to settle in the UK if the Taliban allows them to leave the country, or if they flee through other means, without successfully applying for asylum.

The Home Office did not immediately confirm whether British citizens will still have to be present with their families during relocation, or how the policy applies to extended family members.

It comes after an open letter signed by more than 150 politicians and activists, including women’s rights activists hiding in Afghanistan, urged governments to take a ‘rescue now, process later’ stance on evacuations.

The letter warned that keeping existing immigration policies in place would trap people in an ‘extreme and unprecedented crisis’.

The authors added: ‘Asking for papers to get on emergency evacuation planes is the equivalent of asking people on a sinking Titanic to provide papers in order to board lifeboats.

‘It is completely wrong.’

A Home Office spokesperson said: ‘We have evacuated over 16,000 people from Afghanistan.

‘However, we know that more needs to be done to support those who are at risk, which is why we are urgently working to establish our new, bespoke scheme to provide protection for Afghan citizens identified most at risk, and are insisting that safe passage continues for those who want to leave.’