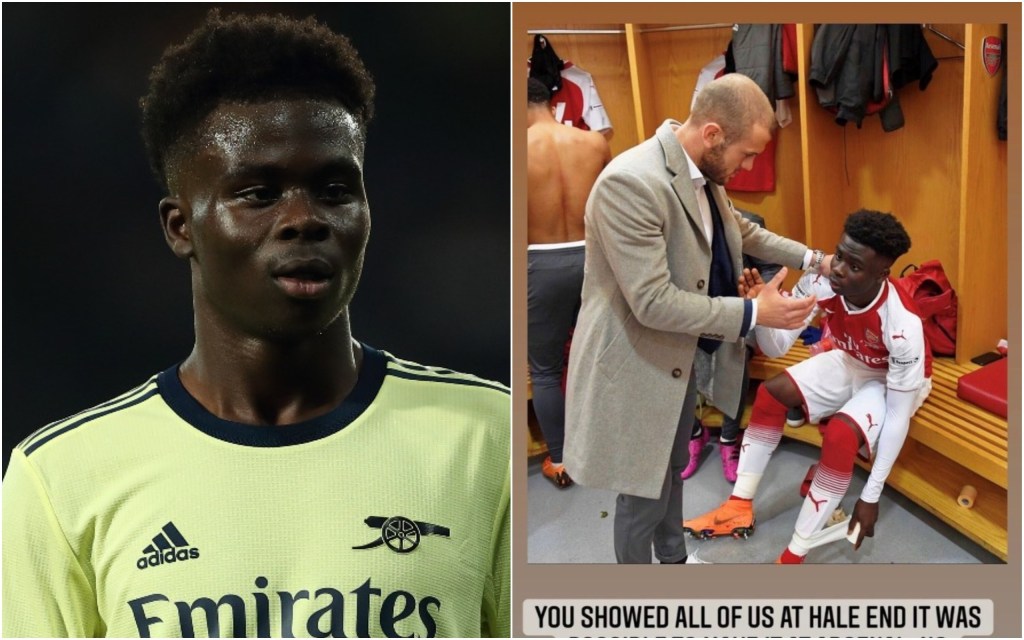 Bukayo Saka has paid tribute to Jack Wilshere after the former Arsenal midfielder revealed that he is considering retiring at the age of just 29.

In an extensive interview with The Athletic this week, Wilshere admitted that he was finding it difficult to find the motivation to continue his playing career having been unable to secure a contract with a new club over the summer.

‘I’m waking up in the mornings at the moment and I’m thinking, ‘right, I need to go and train somewhere’,’ Wilshere said.

‘Normally it’s on my own… OK, I’ve been training with a club in pre-season but that’s finished now. I’m back to waking up, training on my own and finding that motivation.

‘At what point do I say, ‘enough is enough?’ I don’t know, to be honest. I’ll keep going until…

‘I said to my agent I don’t want to be in that position where I’m waiting and waiting and before you know it January comes and I’ve almost wasted another season. I’m not getting any younger and I don’t want that. I did that last year, so to do it again… I feel like I’d be wasting my time.”

‘And the question I keep asking myself at the moment is: What am I doing it for?’

But Saka says Wilshere was an ‘inspiration’ for younger players at Arsenal and has backed the midfielder to bounce back.

‘You showed all of us at Hale End it was possible to make it at Arsenal,’ Saka wrote on Instagram.

‘No matter what, remember how highly we all think of you!

‘Forever an inspiration! You’ll be back!’