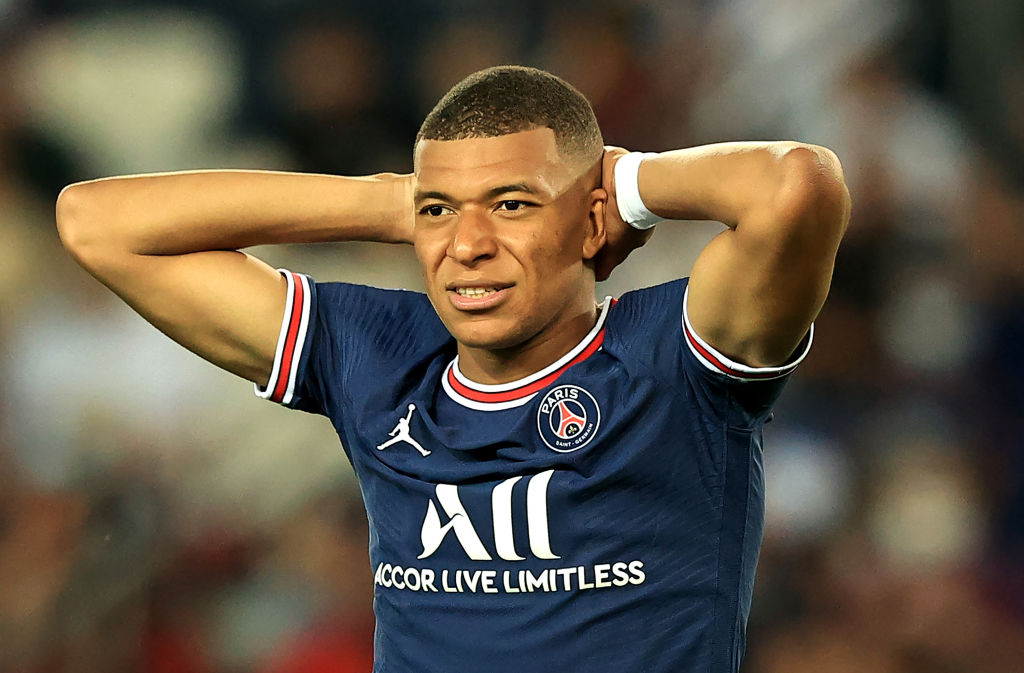 Paris Saint-Germain are demanding a €220 million (£188m) fee from Real Madrid for Kylian Mbappe, according to reports in France.

Mbappe has made it clear that he wants to leave PSG and Real Madrid is the 22-year-old’s preferred destination.

PSG have maintained throughout the summer that Mbappe would not leave the club but with the forward continuing to sign an extension to his current contract which expires at the end of the season, the French club are now reconsidering their position.

Earlier this week, Madrid submitted their first offer of €160m (£137m) for Mbappe but the bid was rejected by PSG.

According to Le Parisien, PSG are now holding out for a €220m (£188m) transfer fee for the France international.

Speaking on Wednesday, PSG’s sporting director Leonardo revealed Mbappe’s desire to leave before the transfer window closes but criticised Madrid’s conduct during the negotiations for the forward.

‘Mbappe would like to leave, this seems clear to me,’ Leonardo told RMC.

‘If Real Madrid makes an offer, this seems clear to me. Me, I give a position, which I think is clear for everyone.

‘We cannot change our plans in the final week of the window. If he is set on leaving, we will not hold him back, but it will be our terms.

‘I can’t confirm the figures but it’s around that. It’s less than we paid. But it’s especially the way Madrid have done it that displeases us.

‘Real have behaved like this for two years. It is wrong, illegal even as they have contacted the player. It is unacceptable for us, because it is not right.

‘We don’t foresee speaking again with Real. This is the market and for us, we are clear: we want to keep him and extend his deal. But we aren’t going to let him leave for a few smaller than what we paid given we still owe a sum of money to Monaco.’