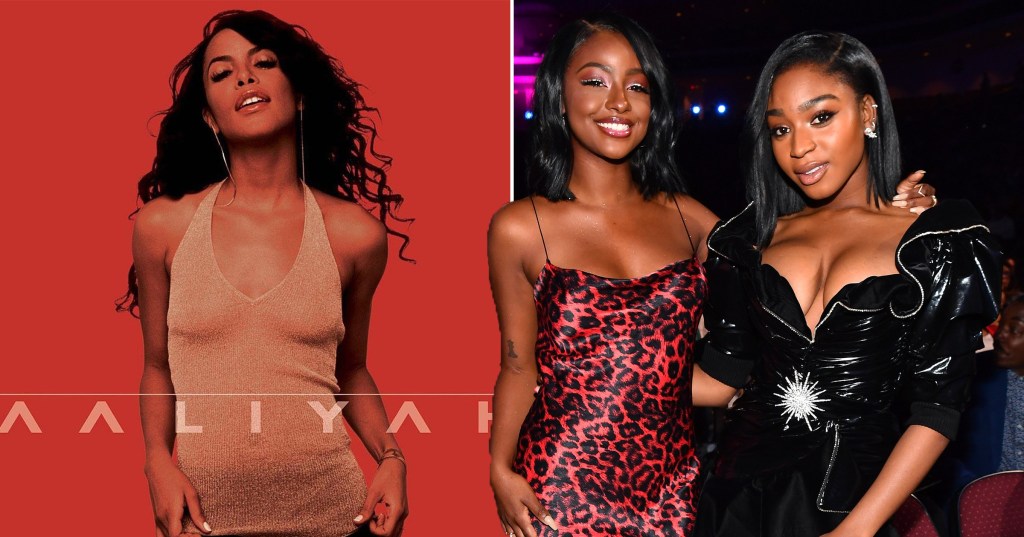 20 years after the world lost Aaliyah, the R&B singer’s influence is still clear to see in the music and style of many artists who came after her.

The R&B superstar died in a plane crash on August 25, 2001 – at the age of 22 – after filming her Rock The Boat music video, just as the One In A Million singer was reaching the peak of her fame and success.

Fans across the globe will agree that there’ll only ever be one like Babygirl, as she’s lovingly referred to by family and her fanbase, however, there are plenty of artists who have spoken openly about the way her music helped shape and influence their own sounds.

All it takes is a quick listen to current chart-toppers such as Solange, SZA, Ella Mai, Summer Walker, and H.E.R to see the many ways Aaliyah’s style and sound continues to live on.

On the 20th anniversary of the iconic singer’s tragic death, we take a look at some of the artists who thank the singer for helping to inspire them.

Rihanna has often expressed her love and admiration of Aaliyah and her discography.

In one interview, the Umbrella singer stated that Are You That Somebody was one of her favorite videos and praised the way Babygirl was able to inject personality into her visuals.

And plenty of bloggers have highlighted the ways Rihanna sported looks that echo some of Aaliyah’s iconic street style.

If the massive tattoo he got on his back wasn’t enough of a clue, Drake has been very vocal about the fact Aaliyah completed shaped the way he sings on his rap tracks.

Over the years, the Canadian chart-topper has opened up about writing letters to Aaliyah and even has an image of her on his earpiece which he wears when performing on stage.

Drizz also honored her with a feature on the posthumous song, Enough Said.

The rapper has constantly praised her ability to perform songs that both men and women can relate to, something he has also managed to achieve.

Ciara was instantly compared to Aaliyah when she burst onto the scene as the ‘princess of crunk’.

The hitmaker, who also worked with Babygirl frequent collaborator Missy Elliott, praised Aaliyah in an interview with hip-hop blog That Grape Juice.

‘She was true to who she was and she didn’t seem to care about it. The core of her art to me is heavily, heavily urban-based. When an artist’s music is so urban based, sometimes people like to take risks with artists like that,’ she explained. ‘When you think about it, it really is pop, it really is cultural and that’s the one thing that I thought was cool about her music. It never felt like she was trying to reach across or do anything more than just keep that cool, soulful, heavy urban core about it.’

She continued: ‘It wasn’t like she was trying to be anything more than who she was. I really respect that and I appreciate that.’

Tinashe instantly found herself being compared to the late singer when she began to make waves in the industry.

The 2 On singer previously told Billboard in 2014 that modern R&B musicians ‘owe our chill vibe’ to the iconic artist.

She explained: ‘People were used to artists belting things out. She brought a new vocal styling that wasn’t represented in R&B. Not everything has to be so uptempo.’

Chris Brown is another artist who has spoken about his love for Aaliyah over the years.

He paid tribute to her influence with a posthumous collaboration on his song, Don’t Think They Know in 2013.

The single sampled Aaliyah’s recording from the final days of filming Queen of the Damned, shortly before her death.

Alicia Keys has specifically credited Aaliyah for providing the motivation for her single, If I Ain’t Got You.

The death of R&B’s princess led the Grammy-winner to pen her moving ballad.

She told RapUp in 2011: ‘The song idea came together right after Aaliyah passed away. It was such a sad time and no one wanted to believe it. It just made everything crystal clear to me—what matters, and what doesn’t.’

Having recently worked with Aaliyah’s friend and collaborator Timbaland on her new album, Justine Skye is another star who’s been inspired by the singer.

She told Crack magazine: ‘I remember as a kid being obsessed with [her self-titled] album and playing it non-stop. She inspired myself and so many young girls all over, and made being comfortable look hot!

‘She also had an effortless swag to her which was so alluring. It’s really hard to choose one track from the album because there are so many undeniable hits on there. But a song I’ve always been most drawn to is I Care 4 U.’

She contonued: ‘I think her music and her style is her lasting legacy. That is something people always try to emulate because it is something we all miss, but can never be done like how she did it, because it was her authentic self.’

The singer made it clear early on in her career that she didn’t want to be considered the new version of Babygirl.

In fact, she wrote ‘I’m not your next Aaliyah’ on Tumblr in 2011, just in case people missed the memo.

However, the similarities have always been noticed by fans and Aaliyah’s estate praised her cover of I Don’t Wanna in 2019.

Ashanti was inspired to forge her own career in the world of R&B after seeing Babygirl step onto the scene.

Looking back at how Aaliay impacted her music, she told Vibe magazine: ‘I was a huge Aaliyah fan. I remember rocking the baggy pants and the dark lipstick and the pink tops back in high school. I loved her music. I loved her as an artist.

‘I just think she did so much for hip-hop and R&B and our culture… Just the sound and the swag, I think so many girls were influenced [by her]. That was a great era for us.’

She continued: ‘I think it was her confidence and being sexy and different, and being boyish. She had a sense of realness that was so relatable. And I think that’s why so many girls loved her because she seemed like your home girl. I know that’s what it was for me. It just felt like she was someone that was relatable and knew about what the girls were going through.

‘I think she has very timeless music. For me, that’s how it feels. I don’t think it’s weird that people that were too young before her time know her music or find it, and love it and sing to it.’

Other artists such as Normani, Tink, Sevyn Streeter have also sampled Aaliyah in recent years, proving her legacy is still stronger than ever.

With the singer’s discography finally becoming available on Spotify, Apple Music, and other streaming platforms, you can be sure Babygirl’s distinctive R&B style is about to inspire a whole new generation of musicians.

She truly was one in a million.


MORE : A guide to Aaliyah’s One In A Million album as R&B masterpiece hits streaming services after 15 years