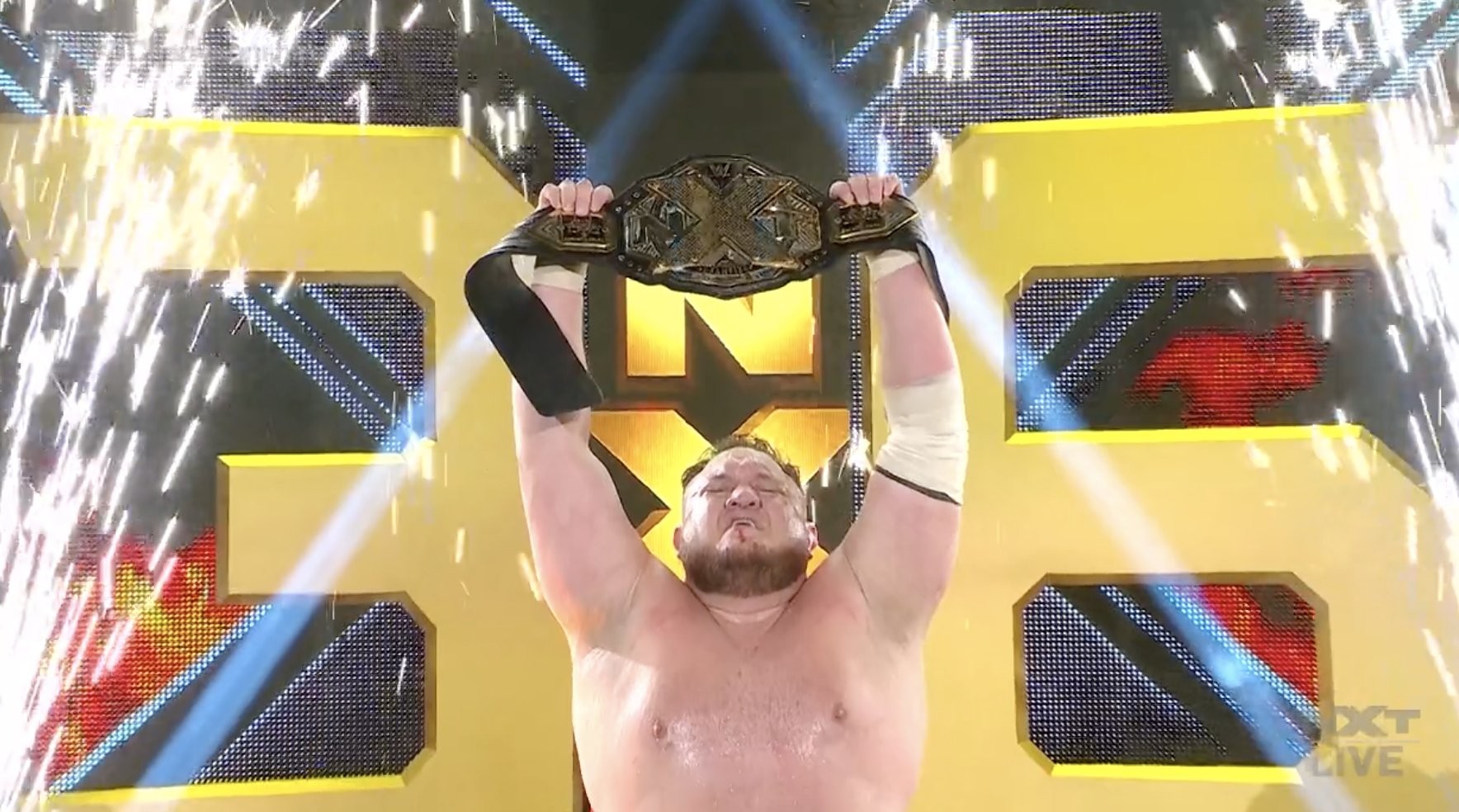 Samoa Joe has captured the NXT Championship for a record third time at NXT TakeOver 36.

The Samoan Submission Machine topped off a near-perfect event for WWE’s black and gold brand to bring an incredible weekend of wrestling to a stellar end.

Joe looked to be in fine form against Karrion Kross as he wrestled his first match since February 2020, and his first singles match since September the previous year.

The two heavyweights delivered as they seemed determined not to be overshadowed by the rest of a stacked card, with the challenger taking it to Kross in a brutal battle.

In the end, the Muscle Buster was enough to call time on Karrion’s NXT Championship run, and you’d have to assume he’ll be making the jump to Raw full time now after dropping the gold.

Meanwhile, Joe’s fairy tale comeback has built some serious momentum and he’s sure to have a wealth of hungry challengers waiting to take his place.

It’s testament to both talent that they ended the show on a genuine high far beyond simply the result itself, as the four matches beforehand set the bar at a ridiculous level.

Midway through the night, Ilja Dragunov captured the NXT United Kingdom Championship from WALTER in an instant classic, putting an end to the historic 870-day reign.

Both men added to their own legacy, and Unbesiegbar got a great reaction both online and in the Capitol Wrestling Center as he toppled his long-time rival.

Back to the opening match, Cameron Grimes – with some help from Ted DiBiase – claimed the Million Dollar Title from LA Knight in a brilliant lesson in storytelling.

Next, Raquel Gonzalez successfully defended her NXT Women’s Championship – the only champ to do so on Sunday night – against Dakota Kai, only for Kay Lee Ray to come out after the bell to stake her claim.

O’Reilly then made his pal submit in a nail-biting finale inside a steel cage, although the fans seemed more into Cole by the time the bell rang.