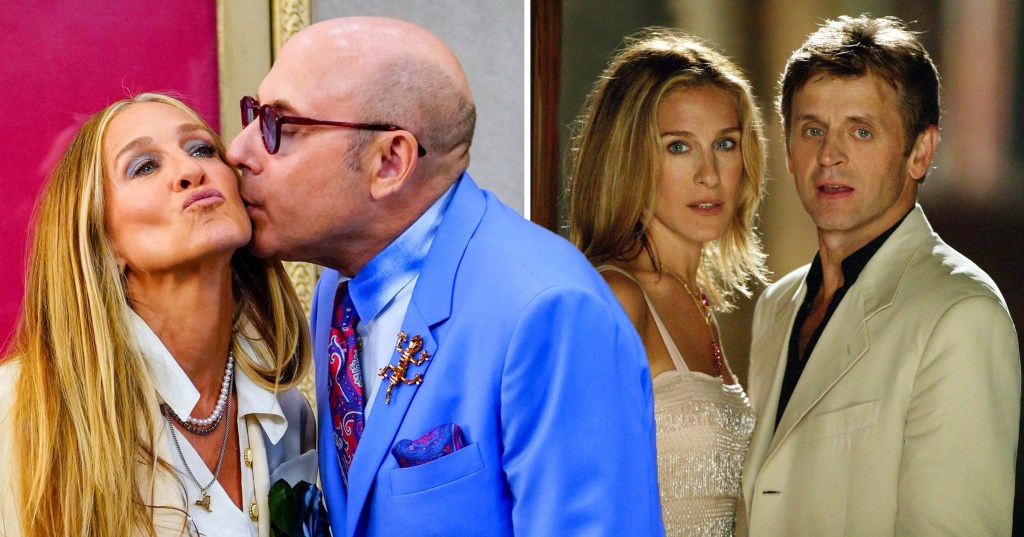 Willie Garson has revealed he regrets not being friendlier on the Sex and the City set with Mikhail Baryshnikov, but said that he also found him ‘very hard’ to chat with.

Willie portrayed Stanford Blatch, Carrie’s talent agent best friend (away from the series’ leading ladies) on the original show and the two sequel films – and he’s reprising his role for new sequel series And Just Like That.

The prolific TV actor recalled that the whole SATC cast was ‘very friendly’, but he found ‘not being Russian’ a bit of a barrier when it came to getting to know Mikhail.

Speaking to Us Weekly, Willie explained: ‘I’m not Russian, so it was very hard to make conversation with Mikhail. Not because he’s bad or mean, he’s just very Russian.’

The NYPD Blue actor then recalled an example of one of their conversations, demonstrating how they had a different way of communicating.

‘You’d say, like, “Misha, what’d you do last night?” and he would literally say, “Dinner,” but just kind of, like, end the conversation.’

However, there were no hard feelings as Willie described it as ‘just a different way of living’.

‘And I would tell him, “Well, I went to studio 54 and did cocaine off of Grace Jones’ ass last night. So I had a better night.”

Although Mikhail hasn’t been confirmed for an appearance on And Just Like That, John Corbett and Chris Noth will be back, alongside the younger generation of the show with Charlotte and Miranda’s kids all grown up.

Sarah Jessica Parker recently shared a snap of herself as Carrie with Chris as Mr Big on the set of And Just Like That, much to fans’ delight.

In the picture posted on Instagram, Sarah is beaming up at Chris while holding him at his waist, while he has his hands placed on either side of her face

‘These 2. I bet they stay out late tonight. X, SJ,’ she wrote in the caption.


MORE : And Just Like That set for unexpected cameo as assistant spotted carrying Chucky mask on Sex and the City series


MORE : Sex and The City reboot ‘to kill off main character in first episode’ – could it be Mr Big?