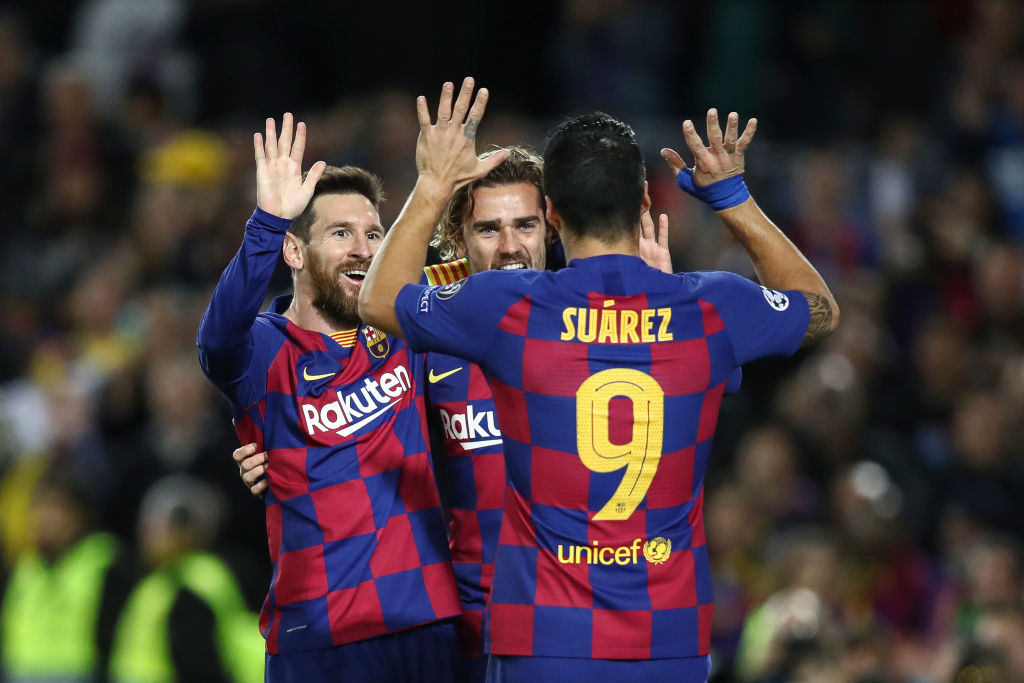 The Argentine’s 21-year association with the Catalan giants came to an abrupt end earlier this week, despite a deadlock appearing to have been broken with Messi agreeing to take a 50% pay cut.

Barcelona, however, were unable to adhere to La Liga’s strict rules relating to salary caps and, as a result, have been forced to let the 34-year-old leave as a free agent.

Suarez, who himself left Barcelona last summer to join Atletico Madrid, formed a deadly partnership with Messi over the course of his six years at the club and also became great friends with the six-times Ballon d’Or winner.

Addressing Messi’s Barcelona departure, Suarez wrote on Instagram: ‘I know there are plenty of words to tell the story you wrote at Barcelona. The club that saw you grow, the club that you love so much and so many titles you achieved until you became the best payer ever.

‘I will always be grateful for how you received me since I arrived because of what a great human being you are. Proud to have shared thousands of wonderful moments at Barcelona and to be lucky to have played with you.

‘I sincerely hope that what happens in the future is the best for you and your family. I love you so much.’

Grizemann, meanwhile, has not enjoyed the best of times since moving from Atletico to Barcelona, and has often been accused of compromising Messi’s influence on the pitch and been forced to deny a rift between the pair.

‘Messi is leaving because of you!’ – Barcelona star abused by fans on way to training

The France international was the subject of abuse outside Camp Nou on Friday as news of Messi’s departure broke, but Griezmann paid a glowing tribute to the club’s all-time record goalscorer.

He wrote: ‘The only thing I can tell you and that every soccer lover will think about it: THANK YOU! Thank you for everything you have done at Barcelona! For the city, for the club … you have changed everything! I am sure that it is not a goodbye but a see you later and that your path will cross again with FC Barcelona.

‘I wish you the best, that you and your family are happy wherever you go. Very few know what it is to be Messi and you were an example for me in every way.’