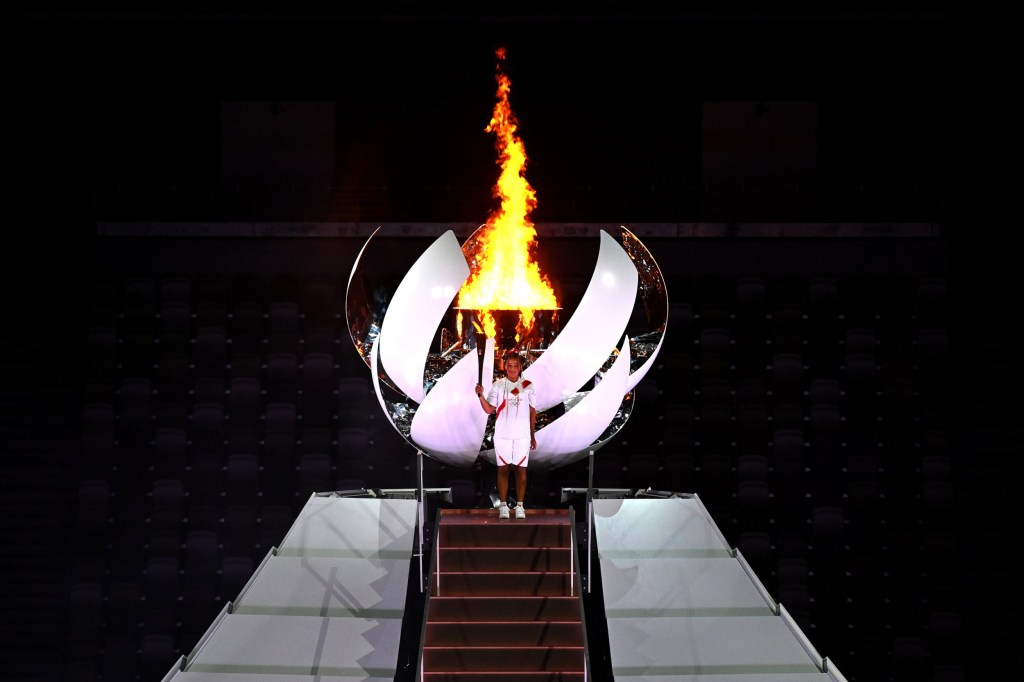 All good things must come to an end – even if they’ve been as magnificent as the Tokyo Olympics.

This sporting cavalcade has kept us gripped for the last fortnight, silencing the naysayers who thought it should have been cancelled.

Before the curtain comes down on this year’s event though, there is time for one last spectacle – the traditional closing ceremony.

Here’s all you need to know about the event – when it’s on, how to watch it and what you can expect.

When is the Olympic closing ceremony?

This year’s closing ceremony will take place on Sunday 8 August and is expected to start at 8pm local time.

That equates to a UK start time of 12pm BST, making it the ideal accompaniment to your Sunday lunch.

Make sure to stock up on provisions though, as it is expected to last at least two-and-a-half hours.

You’ll be able to watch all the festivities on BBC One and Eurosport.

What will happen during the ceremony?

The ceremony will take place in the Olympic Stadium, the scene of so much unforgettable action this year.

It will feature closing speeches, the hoisting of flags, the playing of the Japanese anthem and a parade of athletes.

A poignant moment of remembrance will take place, which organisers say will ‘allow everybody to remember loved ones who are longer with us.’

There will also be an official handover to Paris, which will host the next Summer Olympics in 2024.

What happens during the handover?

Yuriko Koike, the governor of Tokyo, will pass the Olympic flag to International Olympic Committee president Thomas Bach, who will then hand it over to Anne Hidalgo, the mayor of Paris.

Boris Johnson, you may recall, fulfilled the same function in Beijing in his then-role as mayor of London.

The next host city will have a chance to display its credentials in an eight-minute “artistic segment” devoted to its history and culture.

After that, the Olympic torch that Japan’s Naomi Osaka lit during the opening ceremony will be extinguished – signifying that this year’s Summer Olympics have drawn to a close.