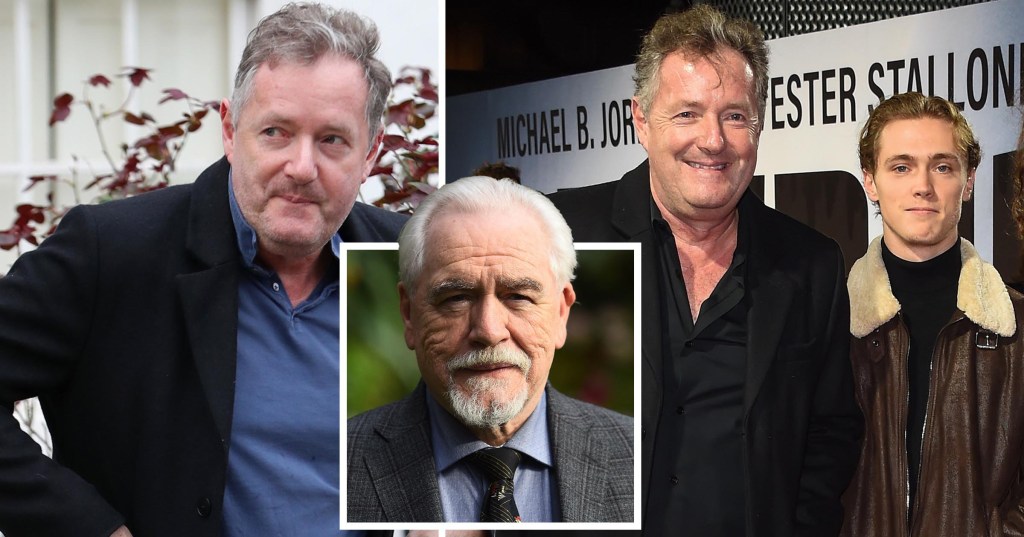 Piers Morgan’s son Stanley Morgan seized the opportunity to poke fun at his father after tuning in to watch HBO drama Succession.

The acclaimed television series follows the Roy family, with dad Logan Roy (played by Brian Cox) deciding which of his four children he should hand his media conglomerate over to as his health continues to decline.

Logan is wildly short-tempered, doesn’t bite his tongue, and often flies into a rage when he doesn’t get what he wants.

‘Thank god I watched it otherwise I’d never have known what it’s like to live as the child of a overly opinionated, egomaniac who loves the sound of his own voice…’ (sic)

Stanley’s older brother Spencer also replied, adding; ‘And competing with two brothers and a sister for the inheritance.’

Piers quit Good Morning Britain earlier this year, with his final episode on the ITV show seeing him storm off the set after a heated exchange with co-star Alex Beresford about Meghan Markle.

The presenter recently revealed the savage message Holly Willoughby sent him after he suggested they host the ITV daytime show together.

Writing in his Mail column, Piers explained that Holly swiftly rejected the idea when he jokingly got in touch with her.

‘“I want the biggest dressing room”, I texted Ms Willoughby,’ he penned.

Holly quickly put him in his place, replying: ‘You can have it. I won’t be there.’

Despite never working together, Piers and Holly are known to be friends. Holly even gave him advice after he left GMB, recommending meditation sessions.

Meanwhile, the trailer for Succession season three arrived last month, with the Roy family preparing for war within their ranks as Logan strives to maintain control.

Succession is available to stream on HBO, Sky and NOW.