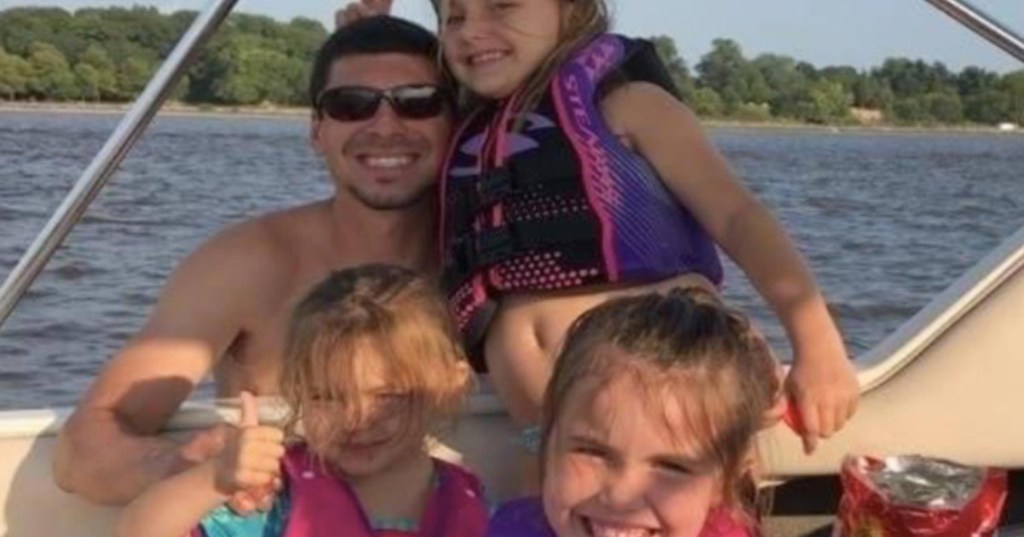 A father, his two daughters and his niece were killed in a car incident while heading home from a birthday party over the weekend. George Ritter, 33, was driving with his daughters Alivia, 5, and Elsie, 9, and niece Kenzie, 8, in the car when a utility pole struck his vehicle.

The pole, which seemed to come out of nowhere, hit the car in front of a Pellegrino Chevrolet dealership in Westville, New Jersey, on Saturday night, People reported.

The family was on their way back from the party they attended at the Westville Power Boat Association. Ritter driving behind a vehicle that was ahead of him.

Kenzie’s father, Brian Mammoccio told ABC Action News 6 that his daughter was ‘caring and honest and full of life and spark’.

‘I wish I could have her here next to me, give her one last hug because I never got to say goodbye to her,’ Mammoccio told the news outlet.

‘Cherish every moment you have with your children because you never know when that moment can be taken away,’ Mammoccio added. ‘I only got eight years with mine.’

It is not clear how the crash happened and authorities were investigating all avenues. Meanwhile, the family is mourning their sudden loss.

On Sunday, a tribute with flowers and toys was set up for the victims at the crash site.

As of Monday afternoon, a GoFundMe page set up by Westville Power Boat to help the families with funeral expenses had raised more than $33,000.

‘Westville Power Boat Association has lost a very loved member and 3 beautiful angels as well. We want to give George and the girls, Elsie, Alivia, and Kenzie, the memorial they deserve and to honor their memory and say our last goodbyes’, the page reads.

‘They have touched the lives of so many and it’s our turn to show our appreciation for George and the girls one last time. Any donation is extremely appreciated.’