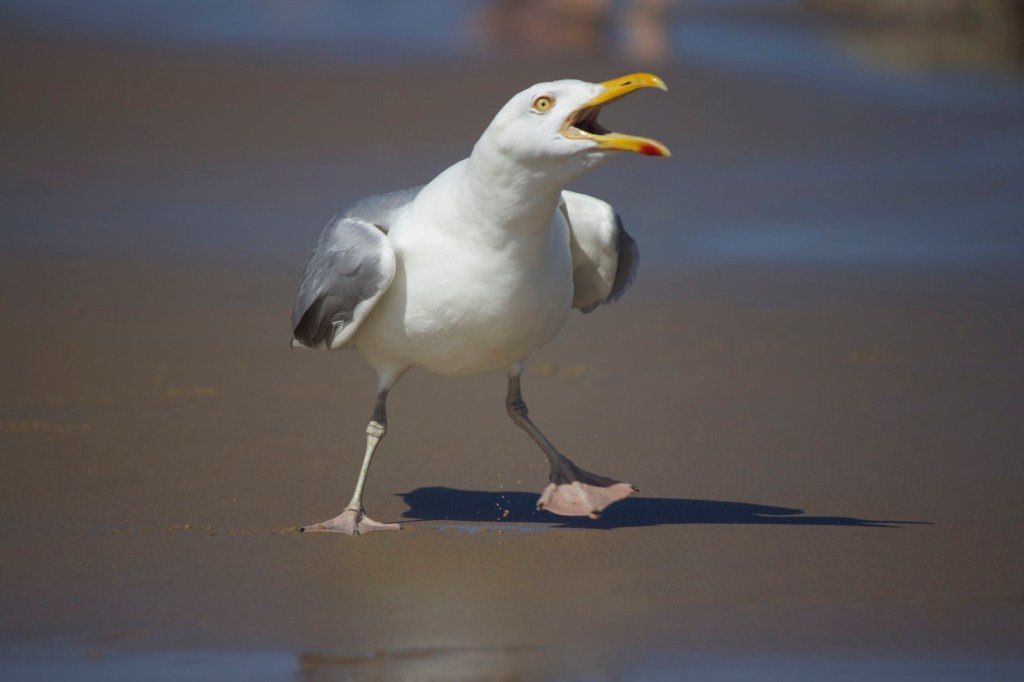 Once the domain of the seaside, seagulls are becoming more commonplace inland now – with the number of urban gull colonies in the UK having doubled over the past couple of decades.

Councils as far as 40 miles from the sea have been warning about the birds in recent years, which are believed to be attracted to urban areas because of the abundance of food waste.

Aside from being potentially aggressive, they can also be pretty noisy – even more so at this time of year.

Just why are seagulls so loud?

Why are seagulls so noisy?

There are a number of reasons why seagulls make a whole lot of noise – although one of the main factors is to protect their nests from potential predators.

Seagulls are, for obvious reasons, very protective of their young, and will make as much noise as possible to ward folks off their nests.

Since they tend to build these in high-up environments, they can often be close to roofs or near the windows of houses, bringing them into closer contact with people, which can add to the din as they attempt to ward intruders off.

Meanwhile their offspring also add to the din, calling to their parents to be fed, resulting in the adult gulls trying to gather as much food as they can for their young – which in turn can lead to them becoming more vicious as well as making a lot of noise.

When are they at their noisiest?

Seagulls can be particularly loud at this time of year because their chicks are getting ready to leave the nest.

It is also mating season for the birds – which runs from April until September – as well as nesting season, which begins a month earlier.

Seagulls tend to return to the same nesting site every year, with pairs of birds building nests from twigs, grass, straw, paper and anything else they can find – while they will also mate several times a year to ensure success in producing a new brood.

Gulls normally lay eggs around April or May time, which hatch a few weeks later – and while their young normally take a few years to begin breeding their own families, they tend to return to the same nesting site when they do.

The RSPB says on its website that the best course of action with a seagull’s nest is to leave it alone – while the best way of discouraging gulls from nesting near your property is to reduce available food sources and attractiveness of nesting sites.

They have added that areas where rubbish is put in wheelie bins rather than black plastic sacks tend to have fewer problems, as seagulls and other animals such as foxes are less able to access rubbish by puncturing the binbags.

The RSPB has also said it is better to try and deter seagulls from nesting near your property, using such methods as  ‘rendering nest sites inaccessible, reducing the organic waste taken to landfill sites and, in towns, preventing street littering.’

Like all wild birds, seagulls and their eggs and nests are protected under the Wildlife and Countryside Act 1981.

It is a criminal offence to intentionally kill or injure a seagull, and doing so could land you a £5,000 fine or even a prison sentence.


MORE : Woman knocked to ground on way to work by a seagull