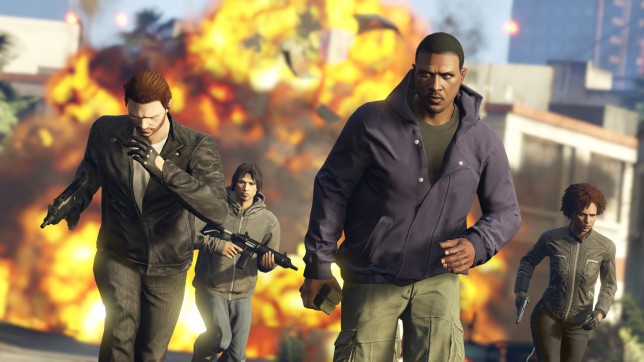 A reader argues that GTA Online has become outdated and unwieldy, and that Rockstar should replace it with a next gen sequel immediately.

So, Grand Theft Auto 5 is coming to Xbox Series X/S and PlayStation 5 this winter and, as you probably know, that means it’ll be one of the only video games to have been released three generations in a row (I don’t think Tetris really counts as it’s always slightly different each time). I have several problems with this, but the one I want to talk about today is the fact that it’s going to delay the release of Grand Theft Auto 6 even more.

It is now eight years since Rockstar released a new GTA and boy does it show. The graphics have held up pretty well, and the story mode still has a lot of great stuff in it, but the combat and driving is pretty terrible. It was never great but despite Rockstar fiddling with it over the years it’s remained sub-par and looks worse and worse compared to modern games that actually know what they’re doing in terms of that style of gameplay.

GTA has always had that problem – it used to be much worse – but generally people don’t mind because previously you were playing it for the story and freedom, and multiplayer wasn’t really a thing. But now it is and GTA Online makes so much money that’s all Rockstar are interested in (if it wasn’t we would’ve had some story DLC by now).

You can’t say they don’t update GTA Online enough though. It’s constantly getting new content, big and small (to be honest mostly small, since the pandemic) and… It’s made the whole game a complete mess. I remember the days when GTA was actually fairly grounded and realistic. It was never a simulation, but it seemed to be trying and certainly wasn’t a wacky fantasy or sci-fi game. Nowadays though it’s filled with flying cars and motorbikes, everyone owns a submarine, and the whole thing is just a circus.

Logging in to GTA Online nowadays feels like I’m playing Roblox for adults, with dozens of completely unconnected mini-games and extras that ruin any sense of immersion or cohesion. I imagine Rockstar think they’re offering every kind of game to every kind of gamer but there’s one type they’re missing: people that like GTA.

Whatever GTA Online has become, and I’m not denying it’s not impressive in its way, it’s a million miles way from the open world crime game it used to be. Now it’s a sort of everything simulator that’s the ultimate Jack of all trades, which boasts of doing everything but never does any of it well.

There’s one very obvious solution to this, which I imagine you’ve guessed from my title, and that’s to scrap the whole thing, give it its golden handshake, and bring in a replacement. I have serious doubts as to whether there will be a GTA 6, because I’m not sure Rockstar will want to waste so much time and money on the less profitable half of the game, but let’s imagine a best case scenario where GTA 6 works like GTA 5 and is both a single-player campaign and an open world multiplayer game.

Do that and you can reset everything back to a blank slate, improve the controls and handling, and get rid of all the stupid immersion-breaking mini-games and vehicles (they’ll come back later, I’m sure, but maybe not for a few years). Plus, obviously, the graphics will be much better and we’ll get a new city and all the other trimmings.

As far as I’m concerned, this needs to happen yesterday and yet there’s no hint at all from Rockstar that they’re doing anything in the near future – which makes me believe the rumours about a 2025 release date are true. I wish it wasn’t though because that means four more years of GTA Online being awful.