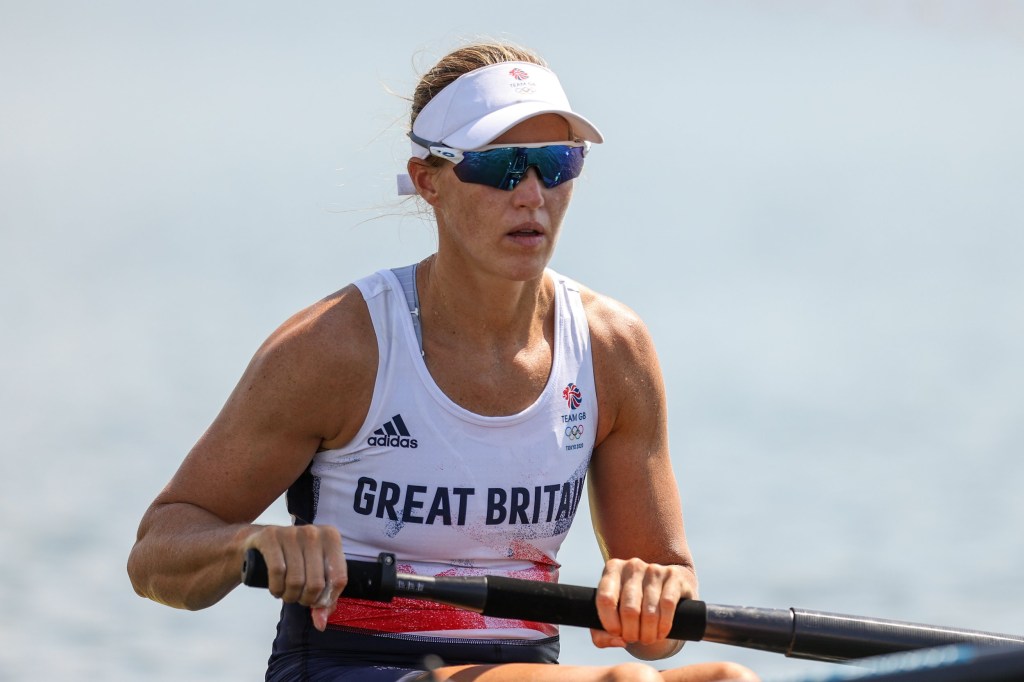 Helen Glover had to settle for fourth in the women’s coxless pairs alongside Polly Swann in Tokyo, but after retiring from rowing in 2016, she had only inspirational words despite missing out on a medal.

The 35-year-old won gold in this event in 2012 and ’16 and returned to the sport after nearly five years away in 2021, so nearly grabbing another Olympic medal after having three children since her last gold.

Glover became the first mother ever to row for Team GB at the Olympics just by competing in Tokyo and had her children in mind after the race at the Sea Forest Waterway.

‘I just want to say, Logan, Kit and Willow, I love you so much, you’ve been my inspiration,’ she told the BBC.

‘I just want to say that you can do anything you want to do. Trying and failing is no problem as long as you try. That goes out to, not just my children, but everyone out there.

‘All the parents who have supported me along the way, I just want to say thank you for all your messages.’

Clearly a sense of disappointment was in the air to narrowly miss out on a medal, but Glover was quickly able to take the positives after such a long time out of the sport, with Swann also taking two years off before 2021.

‘Right now I’m pleased that we put everything on the line, we knew it was always going to be a really big final to be in,’ said Glover.

‘Getting here was a tough route and so I knew that if we crossed the line having spent everything, looking back on the way we got here, we’re pleased with that result, it shows a lot of our hard work.’

Glover won the women’s coxless pairs at London 2012 and Rio 2016, both times with Heather Stanning as her partner.

After the glory in Brazil Glover retired, marrying TV presenter Steve Backshall in the September of that year and the couple have since had three children.

She announced her return to trainingin January of this year and in April won gold at the European Rowing Championships with her new, and current, partner Swann. Glover had been out of competitive action for five years at that point and Swann had not raced for two.

The pair were announced as the representatives for Team GB in the coxless pairs in Tokyo in June, just six months after Glover returned from her half-decade break.

In doing so, Glover has become the first mother to row for Britain at the Olympics.

Glover and Swann came second in their semi-final heat, the third fastest pair of the two semi-finals on Wednesday behind New Zealand and Greece.