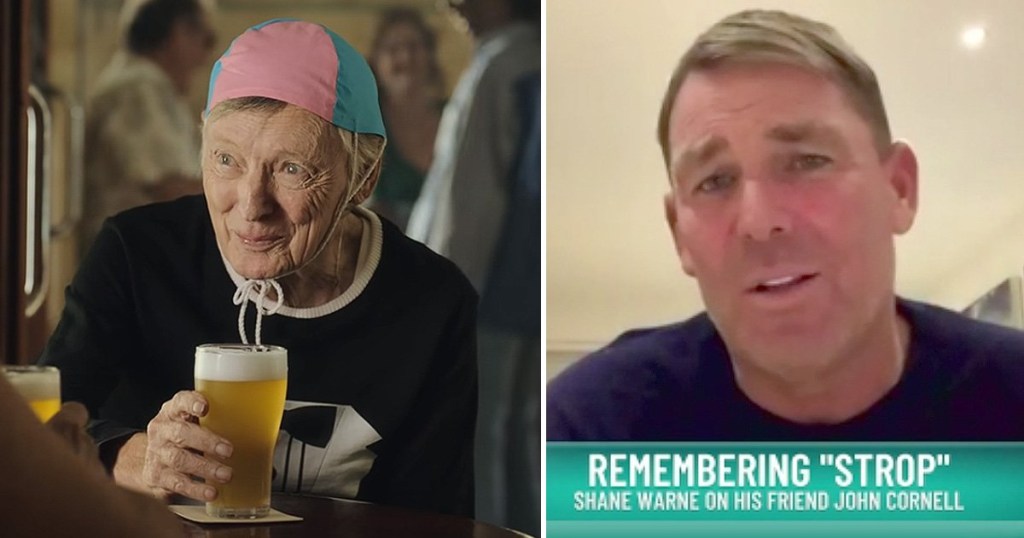 Shane Warne has reflected on losing three of his close friends in recent months after the death of Australian actor, producer and businessman John Cornell on Friday.

The cricketer, who credited Cornell, 80, with being ‘his first manager’, spoke about how ‘extremely sad’ he was following his death after a 20-year battle with Parkinson’s disease, after knowing him so well for over three decades.

Speaking fondly, and proudly, of his friend’s achievements, Shane said: ‘The things he did, what he was able to achieve – he was the brains behind World Series Cricket, obviously the Crocodile Dundees, The Paul Hogan Show. That’s just to name a few.

‘He was one of the all-time great people.’

Appearing on Studio 10 on Tuesday, the 51-year-old explained that it had been ‘a bloody sad time recently’ as he also paid tribute to ‘close friend’ music executive Michael Gudinski, who died in March aged 68, and his cricketing buddy Dean Jones, who died of a stroke aged 59 in Mumbai last September.

Cornell was best known to the public for his role as Strop on The Paul Hogan Show, but had also worked as a journalist, television producer and hotelier, and co-wrote and produced 1986’s Crocodile Dundee, which remains the highest-grossing Australian film.

He was also instrumental in setting up World Series Cricket in 1977, helped recruit players to join.

Shane made sure to publicly send his condolences to Cornell’s family and other close friends, and said he was ‘thinking of all of them’.

Mushroom Group founder Gudinski’s death shook the Australian music industry earlier this year, with global popstar Ed Sheeran jetting down under to pay his respects to his friend and mentor at his memorial service.

During an emotional service, he also duetted with Australian music icon Kylie Minogue on new song Visiting Hours, which Ed penned as a tribute to their shared friend and will release as a track, with Kylie, on his upcoming new album.