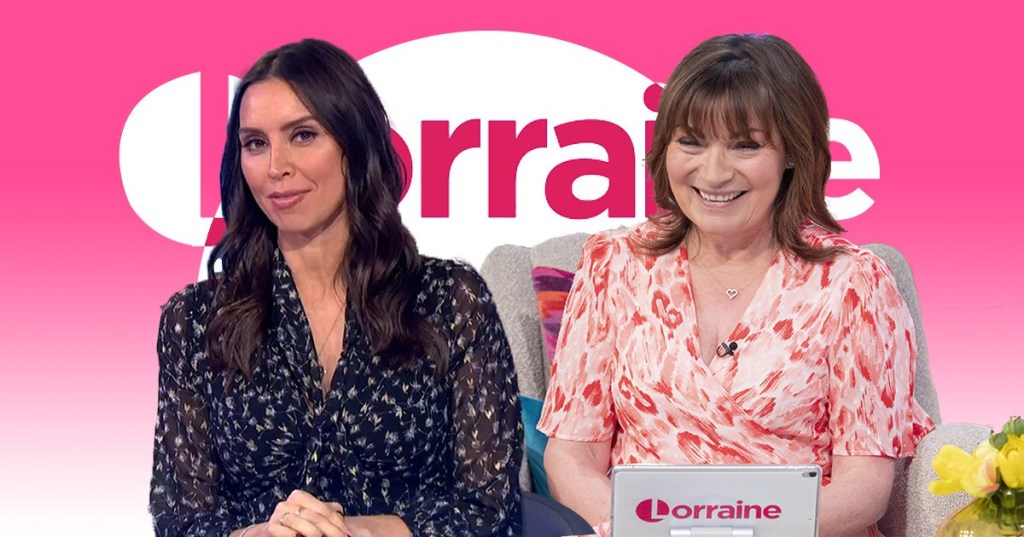 Christine Lampard is ‘excited’ but also ‘nervous’ to host ITV’s Lorraine for the summer, less than five months after giving birth to her second child.

The television presenter, 42, who has regularly appeared on the morning show since 2017, will return from August 2 to 31, as first rumoured earlier in July, while regular host Lorraine Kelly is on her annual break.

The couple are also parents to Patricia, two, who was named after Frank’s late mother.

‘The fact that I’ve been out of the TV world for a couple of months definitely makes me nervous to go back in again and people seeing me early in the morning – that hasn’t happened obviously for a long time!

‘But it’s a really lovely feeling, it will be so nice to be back in the studios.’

Reflecting on the often-all-consuming job of being mum to a new baby, Christine shared: ‘I visited the other day and I was asked if I wanted a cup of coffee and I was like, “Oh my God, I would love a coffee!” It was a real treat, and to get my hair and make-up done.

‘Considering I’ve hardly washed my hair for three months! It was really lovely, all those simple things.’

The 2008 Strictly Come Dancing contestant also commented that it would be ‘really nice’ to see the team again, who she already knows ‘so well’.

‘It’s such a lovely crew and production team, I feel very, very lucky to get back even if just for a few weeks – it’s just a real, real pleasure.’

The presenter, who also appears on Loose Women and has hosted This Morning, said she has been watching ITV’s daytime programmes every day as part of her maternity routine.

She added: ‘I have to say, I thoroughly enjoyed sitting at home and watching them all.

‘It’s nice when you know the people on the telly, it’s like you’ve got your mates in the living room with you.

‘I find it quite soothing, it’s like I’ve got constant adult company.’

The last time Christine presented the show all guest interviews had to be conducted via Zoom due to Covid-19 restrictions and she said she is looking forward to conducting interviews in the studio.

‘It’ll be lovely, you can work with guests much better and get a sense of what their mood is when they’re in the room with you.

‘I love being able to have little chats with them beforehand, particularly if it’s not a celebrity and a member of the public who hasn’t done a TV interview before.

‘It’s quite daunting for them and I like to be able to spend a little bit of time with them beforehand, so they’re comfortable,’ she explained.

‘So all of those lovely aspects to it, I’m so happy that those aspects are coming back. It’ll feel a bit more real.’

She also said Patricia has taken to her big sister role well and sings lullabies to Freddie and tries to help bathe him, while husband Frank loves telling their children bedtime stories and playing football with his daughter.

Lorraine airs weekdays at 9am on ITV.


MORE : Lorraine Kelly becomes ‘Lady’ as KSI surprises her with framed title: ‘I’ve even got a crest!’