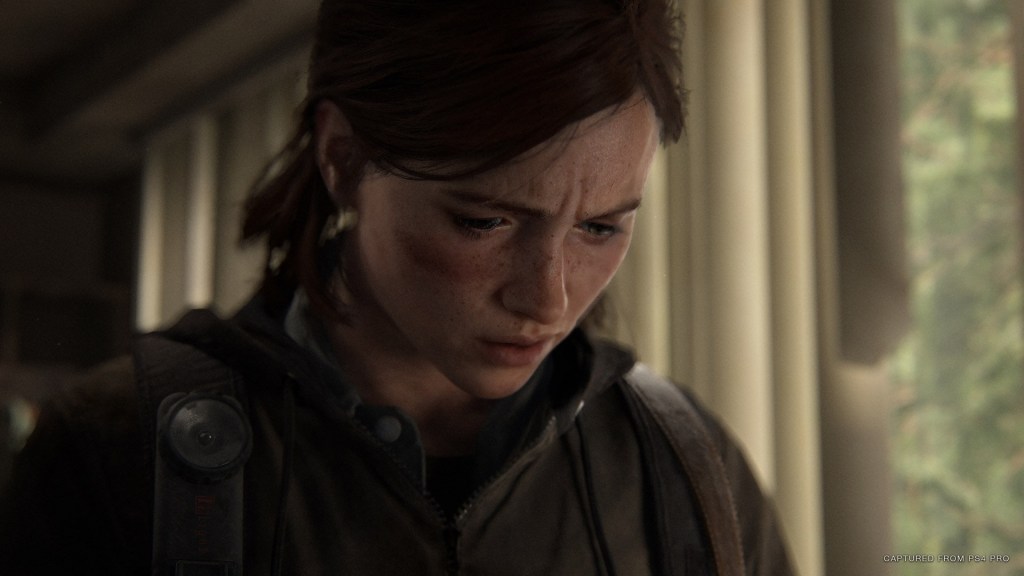 Readers discuss games they’ve always wanted to get into but never managed to enjoy, from Monster Hunter to Horizon Zero Dawn.

The subject for this week’s Hot Topic was inspired by Futterman, who asked if there are any games or franchises that you’ve tried to play but you just couldn’t get into? What exactly was the issue and how much time did you spend playing it?

Almost every classic game you could imagine got mentioned at some point, with the biggest frustration being games that take a while to get into or have very complex systems.

Everyone was awful
I’d say The Last Of Us Part 2 was the best example of being genuinely surprised I didn’t like a game. I played the first and while not a superfan or anything I really like it and getting the second one was a no-brainer. But right away I just couldn’t get into it and I found it an increasingly depressing and uncomfortable experience.

I guess that was the point but while the original was about saving someone and keeping them safe this was the opposite. Maybe having kids has made me soft since the last one but the relentless violence was a real turn off. I think the main thing was that Ellie was so outright evil and irredeemable, and deserved a far worse fate than what she got.

Don’t get me wrong, I’m not one of the loonies that sent death threats because of what happened to the characters from the first game. Everything that happened to them, and the way Ellie acted, was perfectly believable and realistic. But that was what made it so upsetting for me. Also, nuts to Tommy. He deserved much worse too. And Dina, she was just as bad as an enabler. Everyone was awful basically, which is realistic, but not what I want from my escapism anymore.
Castro

Not a fan
I’d say Skyrim is the most obvious answer for this. I feel like an absolute pariah for not enjoying the game but I just do not understand the game’s appeal. The combat is terrible, the writing is absolutely bog standard, the story missions are boring, and the game was still a janky mess last time I played it.

I actually got on all right with Fallout 4, even though it suffers from many of the same problems, but for some reason Skyrim never clicked with me. I tried it again with the remaster but it was still no go. Which oddly makes me keener to see a new Elder Scrolls than probably most fans, just so I can actually have a chance of enjoying the series!
Bozo

Boring dinosaurs
Horizon Zero Dawn was the first game that came to mind for me for this. Given the amazing graphics and robot dinosaurs it sounds like the perfect game for me but I could barely get more than six hours in before getting in. I think it’s because everything else other than the graphics are really boring. The combat is fine, but it’s so safe and overfamiliar I just didn’t find myself engaged.

And the story and characters are just so boring, from Aloy on down. I don’t think there’s a single joke or sign of humour in anything I played, with the whole game taking itself deadly seriously even though, you know, it’s got robot dinosaurs in it. Everything seemed like it should be a lot more fun than it was and I’m not sure I’d play the second one without things seeming a lot different, which they don’t so far.
Rich

Definition of insanity
I don’t know why but I keep reading reviews of Monster Hunter and keep thinking it sounds like my type of thing and then it never is. The last one I tried was Monster Hunter Rise on the Switch but I still found it really clunky and repetitive. I appreciate how much there is it to it, with all the customisation options and the freedom of exploring and fighting the monsters, but I just don’t like the combat or the controls.

I guess I should take the hint and realist it’s just not for me. I didn’t get Monster Hunter Stories 2, so maybe I’ve learnt my lesson. I just hope that stays true once Monster Hunter: World 2, or whatever comes round.
Naughtie

Avoiding temptation
Yakuza has always seemed like something I would like and I’ve tried a few of them, including Like A Dragon, but I just did not enjoy them. The cut scenes go on for far too long, the plots are never very interesting (even if the characters are fun), and the combat is too simple and repetitive – the turn-based and the action based kinds.

But then I did enjoy Shenmue 3 or the remasters of the first two either, so I don’t know if just my tastes have changed or these style of games have become too outdated. I was just going to say maybe Japanese developers aren’t very good at open world games, but then you’ve got Zelda: Breath Of The World. They probably aren’t very good at GTA clones though.

I don’t know if I’d try another Yakuza again, probably not. I only gave Like A Dragon a go because the combat was completely different, and the change of main character, so I’m not sure what they could really do to another one to tempt me back in.
Aster

Hating to hate
I really hated that I hated The Return Of The Obra Dinn. By the time I had access to it on PlayStation4 it had a reputation as an amazing puzzler, and its visuals, sound, and overall presentation is some of the best I’ve seen.

Unfortunately, its actual gameplay wasn’t my cup of tea.
ANON

Zelda: Skyward Sword is terrible and we should all just admit it – Reader’s Feature

Out of the club
I am not a massive racing fan but I have enjoyed some racing games in the past; they tend to be more unserious ones like Mario Kart and Wave Race. I had a Formula One game at some point, the 97 version, but my interest in serious racers, including Colin McRae Rally, just made me lose interest after a while.

I then tried Midnight Club: Los Angeles on the Xbox 360, due to the different spin for a racing series, with a story mode and some favourable reviews – plus it was developed by Rock Star San Diego and London.

The plot is a whatever storyline but I did like the morning to evening conditions on the L.A. road system, with its varied traffic and other gameplay dynamics. Getting through the game between easy and medium difficulties, and trying a harder race difficulty now and again, tested me enough to make me want to complete the game ASAP!

Graphically good, with some great weather effects, but there was definitely no replay of the game fr for me! Just a life lesson into not getting anymore racing games. I just did not have the interest in it and found it a little mind numbing.

I would not have played it to the end if I did not get any satisfaction at all from it, but it was definitely touch and go there and my need for speed is definitely going to be done on foot and the odd optional car ride now and again, that’s for sure.
Alucard