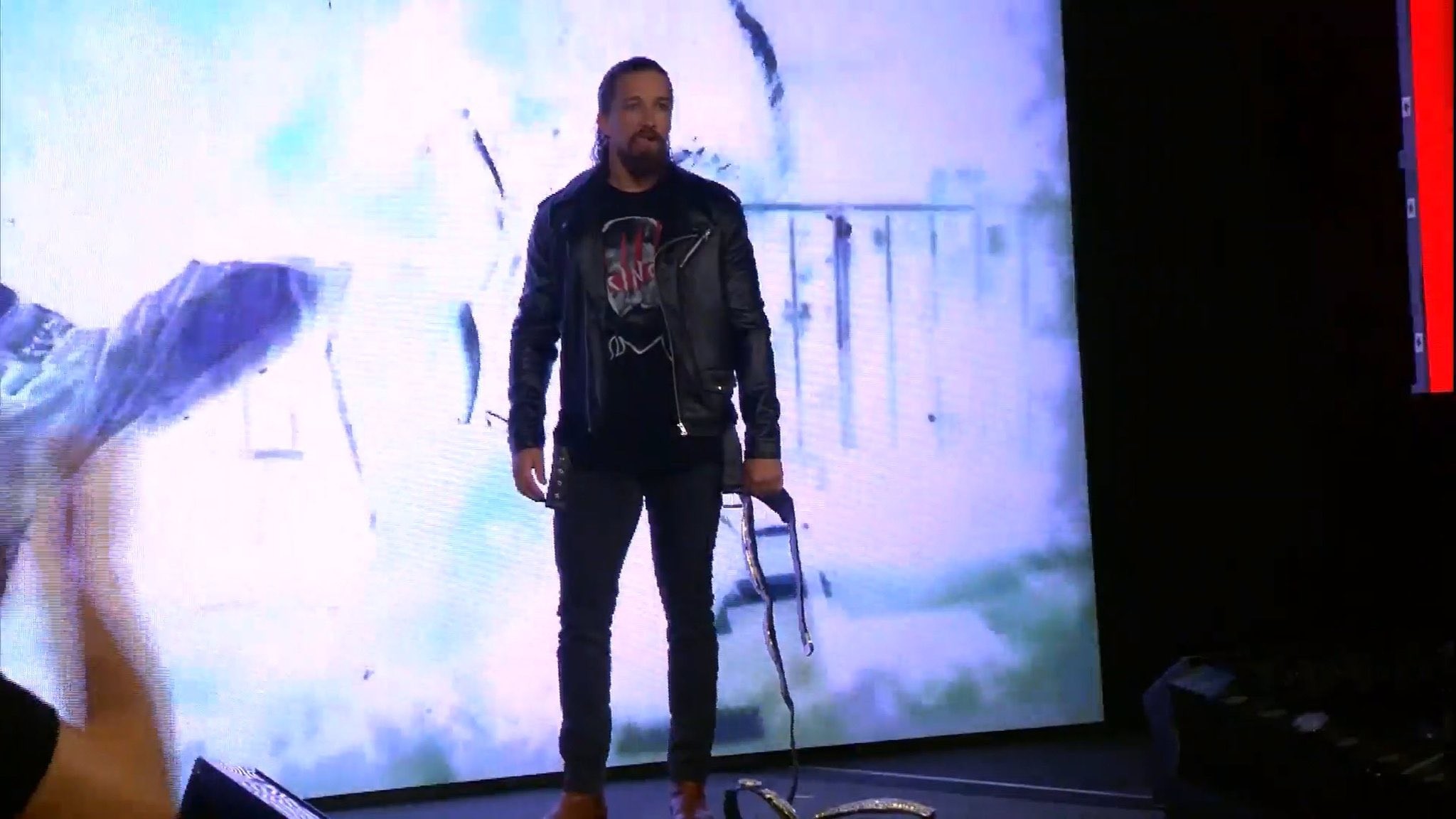 New Japan Pro Wrestling star Jay White made his IMPACT Wrestling debut at Slammiversary in a confusing, surreal and exciting end to the show.

The NEVER Openweight Champion made a shocking appearance at the end of Saturday night’s event after Kenny Omega defeated Sami Callihan to retain the IMPACT World Title in a brutal No Disqualification main event.

The Best Bout Machine was celebrating his victory with Don Callis and The Good Brothers’ Karl Anderson and Doc Gallows – who captured the tag team gold earlier in the night – when the lights cut out.

It had been a night of surprises and there was time for one more as the Bullet Club logo gave way to White’s and the man himself appeared to an insane reaction from the IMPACT faithful.

He stalked the quartet in the ring with his title in hand, getting into the ring as fans waited to see whether he would return their ‘Too Sweet’ gesture or confront the belt collector.

The Slammiversary feed cut out seconds before viewers found out, but Fightful’s Sean Ross Sapp – who was in attendance in Nashville – revealed what went down.

He wrote: ‘Juice and Finlay came out and attacked Switchblade. Switchblade hit his finish on Juice and ducked out.’

Elsewhere on the show, Thunder Rosa came out as Deonna Purrazzo’s challenger for the Knockouts Championship, with the latter holding onto the gold in a great match.

However, her celebration was cut short as NWA’s Mickie James came out and extended an invitation for the all-women’s EmPowerrr show next month, although the Virtuosa snubbed the offer – only to be met with a stiff kick.

There were more surprises earlier on in the night too, as Chelsea Green made her IMPACT Wrestling return to team up with her fiancé Matt Cardona in a winning effort against Tenille Dashwood and Brian Myers.

Even former WWE star No Way Jose made an appearance, but he and Fallah Barr couldn’t stop Good Brothers winning the gold.

Meanwhile, Chris Sabin stunned Moose and Josh Alexander retained the X-Division Title in a phenomenal Ultimate X Match to kick off the evening in style.