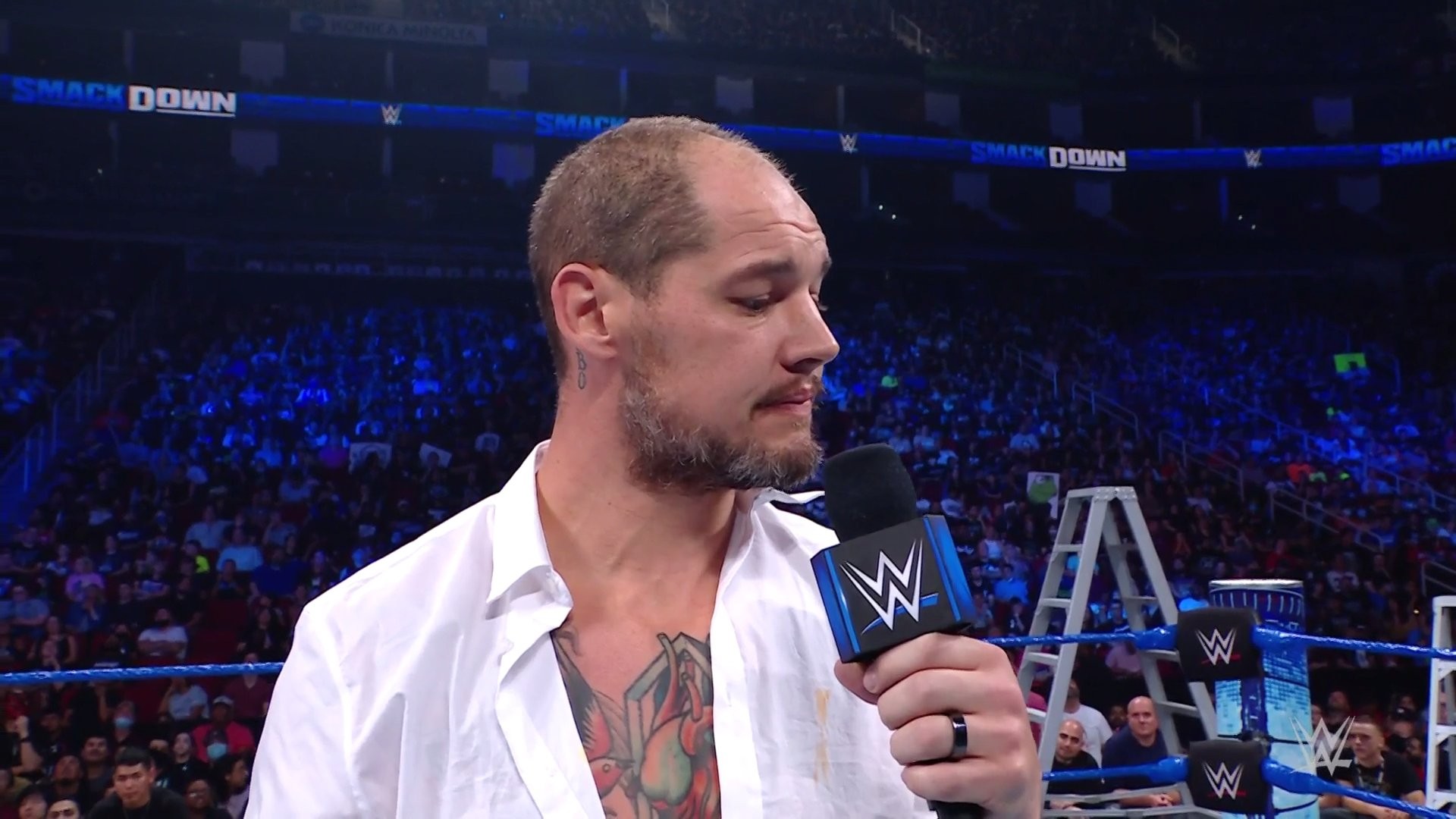 The former King of the Ring winner’s financial hardships continued this week as he begged fans to donate to the cause as he’s in a downward spiral after losing his crown to Shinsuke Nakamura a few weeks ago.

On Friday night’s episode, Corbin urged the live crowd and those watching at home to head to corbinfund.com – yes, it’s a real site – and help him out during this tough time.

Of course, given it’s part of a storyline you can’t actually give money to Baron, but the site itself gives a perfectly reasonable explanation for not accepting donations.

The page reads: ‘Due to financial difficulties, this page is currently under construction. However, Baron Corbin finds strength in the ongoing support and prayers from the WWE Universe and looks forward to your donation soon.’

The page even has a ‘targeted goal’ of $100,000, and features pictures of the star looking sad and dishevelled.

Unfortunately for Corbin, he was interrupted by Kevin Owens on SmackDown, and his attempts to convince KO to join the cause fell flat – particularly when he suggested the former world champion has money because he’s scrimped on his wardrobe.

It earned him a Stunner to the delight of the crowd, and it’ll be interesting to see where things go from here.

Elsewhere on the show, Owens went onto send himself and Nakamura through the announce table after he dove off a ladder, which allowed Seth Rollins win after hitting a stomp on Big E, sending him face-first into another ladder.

There were also a couple of big returns, as Vince McMahon got the show underway by simply asking fans, ‘Where the hell have you been?’ while Finn Balor appeared and laid out Sami Zayn after more conspiracy theory ramblings.

Roman Reigns and The Usos beat Edge and The Mysterios in the opening match before the Rated R Superstar got a measure of revenge, and Bianca Belair retained the SmackDown Women’s Title against Carmella.

Shotzi and Nox continued their run with another win over Natalya and Tamina, while Cesaro beat Otis by disqualification when Chad Gable got involved.