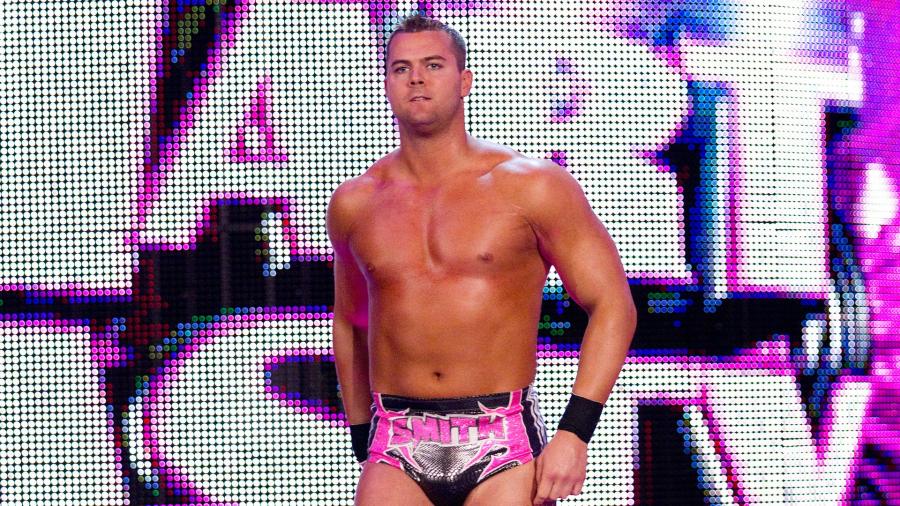 Davey Boy Smith Jr. has returned to WWE in a pre-show match before SmackDown.

The 35-year-old wrestler – whose father is the late ‘British Bulldog’ Davey Boy Smith – is said to have teamed with NXT star Austin Theory before the main show got underway with the company welcoming back fans in Houston on Friday night.

As revealed by Fightful’s Sean Ross Sapp, Smith Jr. made his entrance before the cameras got rolling for the blue brand’s show and featured in a match with the former EVOLVE man.

It’s his first appearance for the company since his release in 2011.

The appearance comes months after the talented star revealed he had held talks with both AEW and WWE after plans for an NXT UK run fell through due to the pandemic.

Speaking exclusively to Metro.co.uk back in February, he said: ‘There’s been quite a bit of interest and a little bit of back and forth talk with myself and the company.

‘I think that the plan – or what they were hoping – was for me to come to NXT UK. But unfortunately right now because of Covid, those doors are kind of locked, we’ll see.

‘There has been interest in me going to NXT down here in Orlando. I live down here in Tampa, Florida, so I’ve just been feeling things out, trying to get a lay of the land, so to speak.

‘We’re discussing and talking. I can’t exactly say anything for sure, but there’ve been talks.’

Indeed, Davey had options, with AEW amongst those to show some interest and Ring of Honor also providing an attractive prospect.

However, the star was preparing to induct his legendary dad into the WWE Hall of Fame and that – plus his own proximity to WWE’s base in Florida – meant the wrestling giant was an appealing notion.

‘There’s other places, but with my father’s Hall of Fame induction, maybe that’s a good idea, to go back to WWE – whichever brand or roster it is. It’s just not an any decision to make,’ he admitted.

‘I know Natalya is on SmackDown. I could very well go there. NXT down here is certainly a good place to get re-established.’


MORE : WWE’s Kofi Kingston admits The New Day ‘fantasise’ about being bad guys ‘all the time’ but bosses won’t allow it