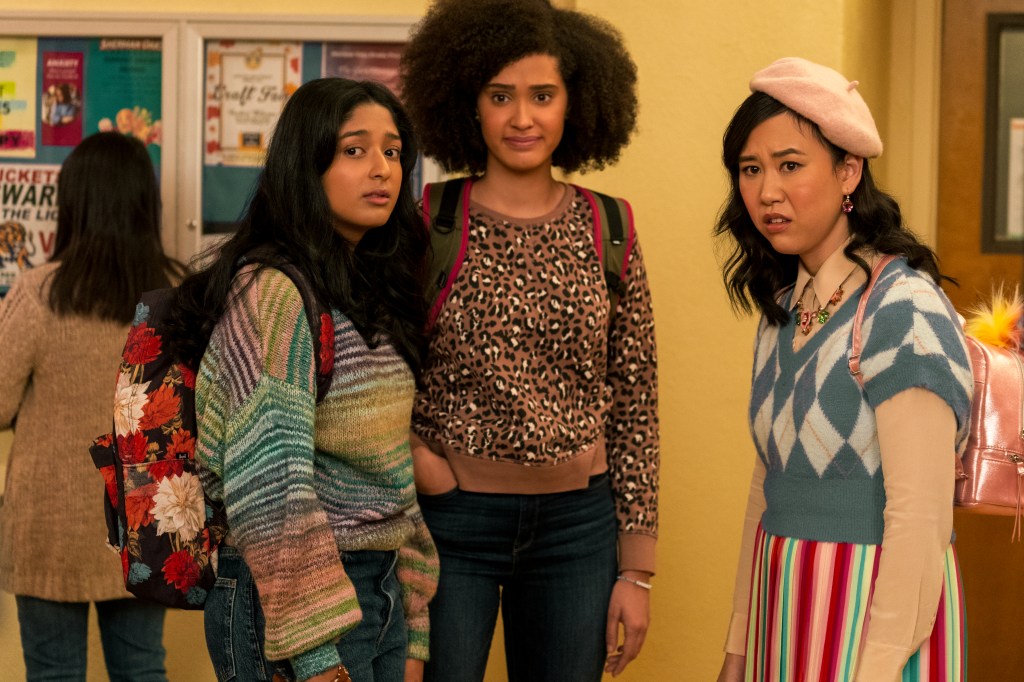 Never Have I Ever is back on Netflix for season 2 and viewers are going to get even more laughs and surprises from Devi Vishwakumar (Maitreyi Ramakrishnan) and her crew.

From the minds of Mindy Kaling and Lang Fisher, the comedy series picks up right where we left off as viewers follow Indian-American teen Devi as she tried to juggle school, love, and family in her own unique style.

After season one helped to make the cast global stars, the new episodes see some new faces join in the fun.

Elsewhere, some very familiar names have also joined the comedy including a hit rapper and one of the world’s most famous supermodels.

But who are they? Let’s dive in.

Who is in the cast of Never Have I Ever season 2?

Maitreyi Ramakrishnan is back in the lead role as Devi, with Poorna Jagannathan playing Devi’s mother and Richa Moorjani starring as Devi’s cousin Kamala.

Ranjita Chakravarty stars as Devi’s grandmother Nirmala/Pati, who is the mother of Devi’s late date Mohan.

Yes, Sendhil Ramamurthy does return in his role as the internet’s favorite dad with more heartwarming flashbacks.

Ramona Young stars as Devi’s bestie Eleanor and Lee Rodriguez also returns as Devi’s other BFF Fabiola, while Niecy Nash is back as Devi’s counselor.

There’s also tennis legend John McEnroe as the narrator, while Gigi Hadid also pops up as a guest narrator for a special episode.

How to watch Never Have I Ever season 2 in the UK?

Never Have I Ever is available to stream online on Netflix.

When is Fear Street part 3 released on Netflix?

For those who haven’t watched the series before, both seasons of the comedy are available to binge for your viewing pleasure.


MORE : Never Have I Ever season 2 review: Relatable teen comedy delights with even more humour and heart