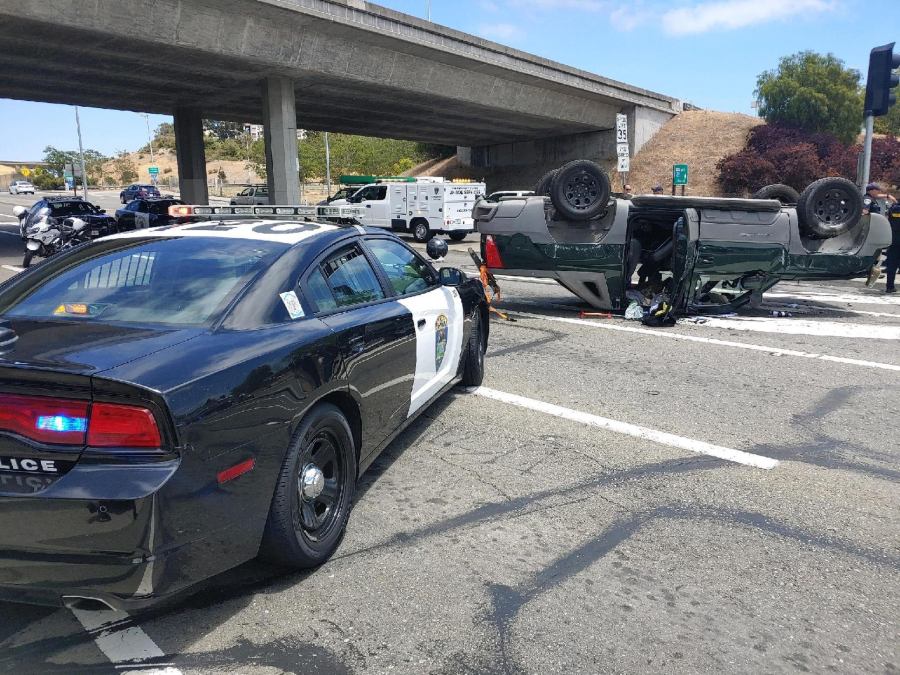 HAYWARD, Calif. (KRON) – A suspect has been arrested after he carjacked a truck with puppies inside, according to the Hayward Police Department.

Officials say the victim was selling three puppies and had posted a listing online.

A man reached out to the victim claiming that he was interested in buying one — The two met in South Hayward.

When the man arrived at the meeting place, he pointed a gun at the victim and stole the truck with the puppies inside.

The victim called the police and officers began a search for the truck. They spotted it driving on Mission Boulevard near Highland Boulevard.

The man led officers on a pursuit until he crashed the truck on the freeway and it rolled over.

The suspect was taken into custody. He is currently being held at the Santa Rita County Jail.

Authorities say ‘thankfully, no one was hurt.’

However, the puppies were shaken up. They were comforted by authorities until the victim was reunited with them.

Police posted to Facebook saying, “We know the internet has made it convenient to sell items. If you ever feel uncomfortable about a transaction, ask to meet the other party at the Police Department.”