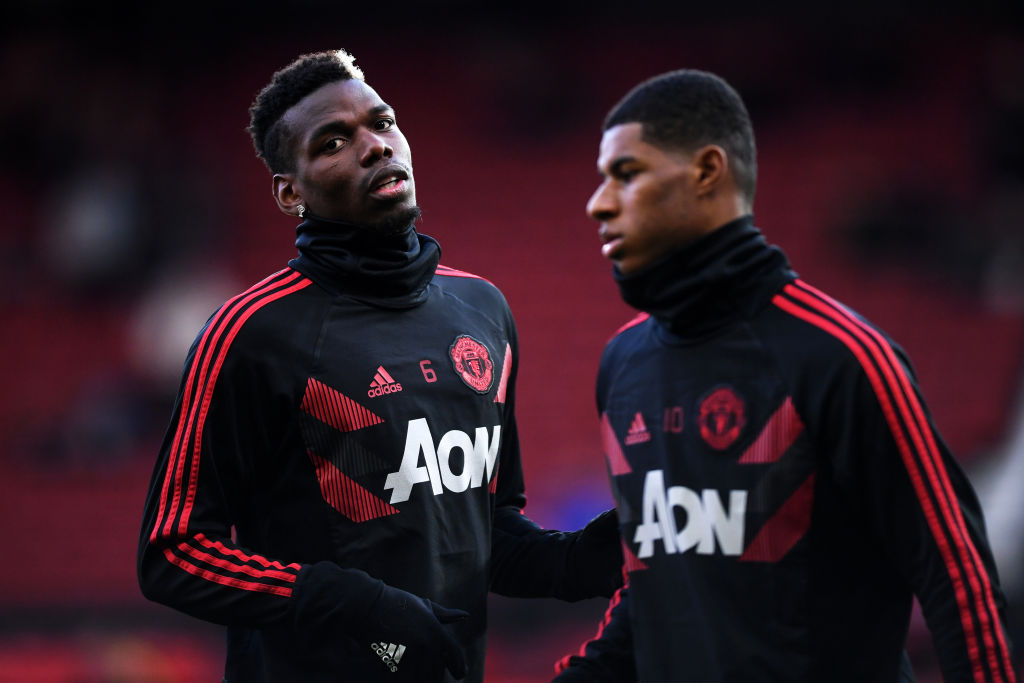 Italy emerged victorious on Sunday at Wembley after a tense shootout as Rashford clipped the outside of the post with his spot-kick while Sancho and Saka both saw their efforts saved by Player of the Tournament Gianluigi Donnarumma.

Despite excelling over the summer, all three players were immediately sent shocking, abusive messages on social media following the defeat while a mural of Rashford in Manchester was defaced.

Pogba, who plays alongside Rashford at Old Trafford and will soon be a teammate of Sancho, leapt to the defence of the players on social media, praising them for stepping up to take the penalties and slamming the racism they have had to endure yet again.

‘I am proud of you. You win some, you lose some,’ said the Frenchman on Instagram, having himself suffered penalty shootout heartbreak in the last 16 against Switzerland.

‘You took the courage to take the penalties and you showed your worth to help your country reach the final.

‘We cannot tolerate or stand for racism anymore and we will never stop combatting it.

‘You boys should hold your heads high and be proud of your confidence.

‘You are examples of this beautiful game. Never forget that. Be proud of yourselves, the world of football is proud of you!’

England skipper Harry Kane also jumped to the defence of the three players with a very strong message on Twitter, telling any so-called fans who abused the trio to stop supporting England.

‘Three lads who were brilliant all summer had the courage to step up and take a pen when the stakes were high,’ wrote the England captain.

‘They deserve support and backing not the vile racist abuse they’ve had since last night. If you abuse anyone on social media you’re not an England fan and we don’t want you.’


MORE : Gianluigi Donnarumma reveals why he did not celebrate after saving Bukayo Saka’s crucial penalty in Euro 2020 final shootout