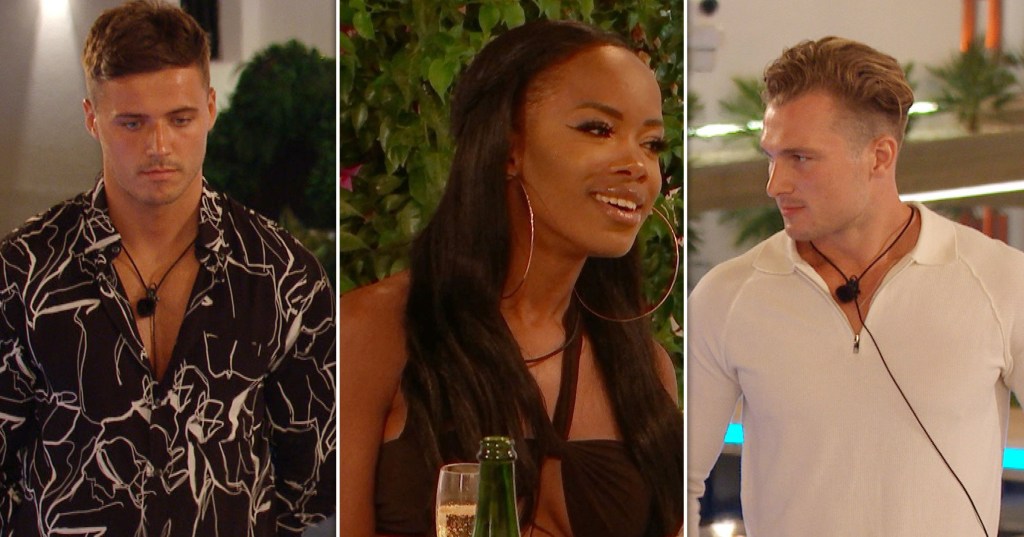 Rachel Finni admitted she wished she chose Chuggs Wallis over Brad McClelland during her time on Love Island after getting the boot from the show on Monday night.

Londoner Rachel, 29, was dumped from the villa after a re-coupling saw her left without a partner.

During her exit interview she said she wished she had chosen to couple-up with Chuggs rather than Brad as she later realised he wasn’t geniuine.

‘I would have picked Chuggs over Brad,’ Rachel confessed. ‘Knowing what I know now. You have to graft to stay in there. I was stupid enough to fall for Brad’s graft, because it wasn’t genuine.

‘The day after we coupled, he told me to get to know other people. He wasn’t interested.

‘The second I picked him, he went off to his friends and said, “I was gutted I wasn’t going to see you.”

‘Chuggs would have actually made the effort to get to know me. I went for Brad because he was more physically attractive.’

During Monday’s episode, the boys were given the power over who they wanted to couple up with next.

New contestant Teddy Soares, 26, was the last to pick, choosing Faye Winter, 26, which meant Rachel was given the chop.

After leaving, she also said she’d ‘beg’ to have another chance in the villa and would mix things up if she went back in.

Rachel added: ‘Honestly, I would beg to go in. If you want to send me back in at any point, I’d do it. I’d be unapologetic, strong and forthright.

‘I would definitely go back in and be ready to stir the pot until the pot broke.’

Rachel is the third islander to leave the ITV series, following Chuggs and Shannon Singh, 23.

Of her time on the reality show, Rachel said: ‘You get highs and lows, the thrills, the sad moments.

‘The entire experience, both good and bad, is absolutely wonderful. It was up and down, round and round, but the second it ends you want to do it all over again.

Who is Teddy Soares from Love Island 2021?

Love Island 2021: Viewers fume at cliffhanger ending before the recoupling

‘Rollercoaster is the best word to describe it.’