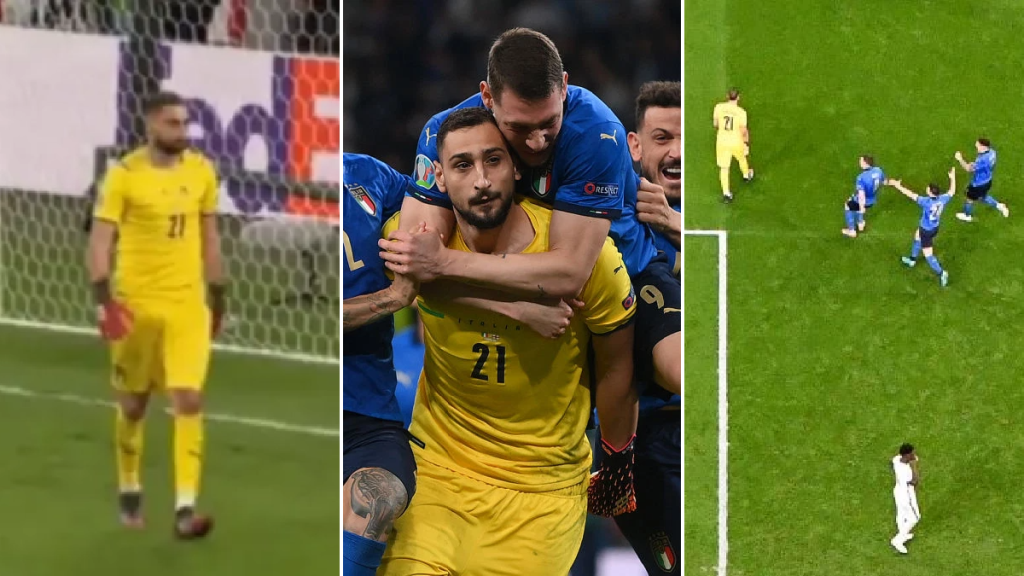 Italy hero Gianluigi Donnarumma was praised by fans for his ice-cold response to saving Bukayo Saka’s crucial penalty in the Euro 2020 final, but it turns out his reaction was not quite what it seemed.

With both teams missing two spot-kicks, it fell on England teenager Saka to net the final, decisive penalty but his tame effort was pawed away by the giant Italian shot-stopper to ensure the European Championships would be going to Rome, not home.

But rather than celebrating wildly when he sealed the victory, Donnarumma quietly and calmly began walking off before being mobbed by his teammates.

Many fans took his reaction as a sign of his ice-cold, nonchalant demeanour, but now the 22-year-old has revealed that he simply did not realise the shootout was over.

Donnarumma assumed Italy still had to score one more penalty in order to lift the trophy – which was what happened in their semi-final shootout victory when Jorginho dispatched the match-winning spot-kick.

The PSG keeper was turning to walk away to his spot to await another Italian penalty, but then as he heard the celebrating from the Italian end – and the stampede of feet coming his way – he looked to the officials and clocked that he had won the shootout.

Asked about his non-celebration, Donnarumma told Sky Sport Italia rather bashfully on Monday night: ‘I didn’t celebrate because I didn’t realise we had won!’

Donnarumma’s reaction was so calm and understated, in fact, that many Italian fans briefly did not celebrate and also thought the shootout was still continuing, with some even wrongly fearing that VAR might have been checking if his foot was on the line.

It would not be the first time a goalkeeper has lost track of the score in a penalty shootout, with England legend David Seaman doing the same against Spain at Euro 96 and only realising when the whole team came sprinting towards him.

Donnarumma, who recently left AC Milan to move to PSG, enjoyed a fantastic month between the sticks and was even named Player of the Tournament after emerging victorious in two shootouts and conceding just four times in seven matches.