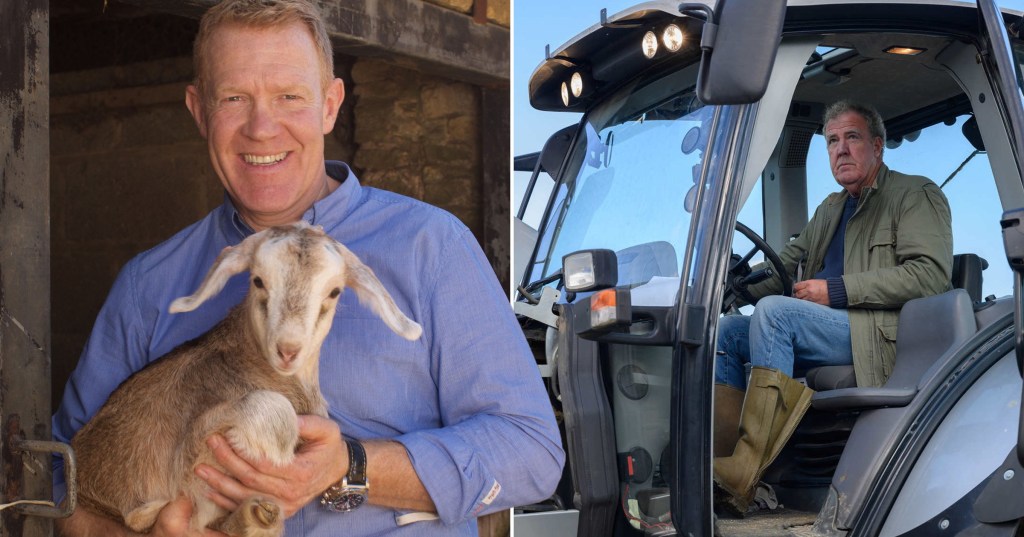 Adam Henson is impressed by Jeremy Clarkson’s look at farming on Clarkson’s Farm.

The Countryfile star, who is himself a farmer, thinks Jeremy gives a different take on countryside life as Jeremy gives viewers a look at his Cotswolds farm on his Amazon Prime show.

When asked what he enjoys watching on television at the moment, Adam told the Radio Times: ‘I like crime dramas, so I’ve been watching Unforgotten and a few episodes of Line of Duty.

‘I quite enjoyed Clarkson’s Farm, too. It’s hysterical. But I also think he sheds a light on how complicated and difficult farming is – although he does it in a funny way.’

While Jermey may have impressed Adam with his rural endeavour, he hasn’t always had good luck on the farm.

He has tried to do a number of things with the land, with some of his projects being unsuccessful.

Jeremy wrote in his column for The Times recently: ‘Wasabi? This was by far my biggest disaster. I noted the fact that only one chap in all of Britain was growing it and saw this as an opportunity rather than a warning that it might be impossible.

‘It isn’t, if you really pay attention, round the clock, but I couldn’t do that because I had potatoes to sell and fish to save and wheat and barley and rape to grow, and Who Wants To Be a Millionaire? to host and The Grand Tour to write, and when I did get five minutes to go and check on the “green gold”, I remembered that I had to write a newspaper column.’

Last month it was reported another series of Clarkson’s Farm had been commissioned.

A source told The Sun: ‘Jeremy is Amazon’s golden boy and a new series is already in the pipeline.

‘It’s rated five stars on Amazon and has a 9.3 rating on IMDB, which is practically unheard of.

They added that the farmers who join Jeremy on the programme – Kaleb, ‘Cheerful’ Charlie and Gerald – would also be returning.

However, this week Jeremy squashed rumours the show would be making a comeback, telling a Twitter follower: ‘No. We aren’t. Write to Amazon, it’s their decision.’


MORE : Timothée Chalamet and Tilda Swinton shimmer in silver and gold at The French Dispatch premiere in Cannes