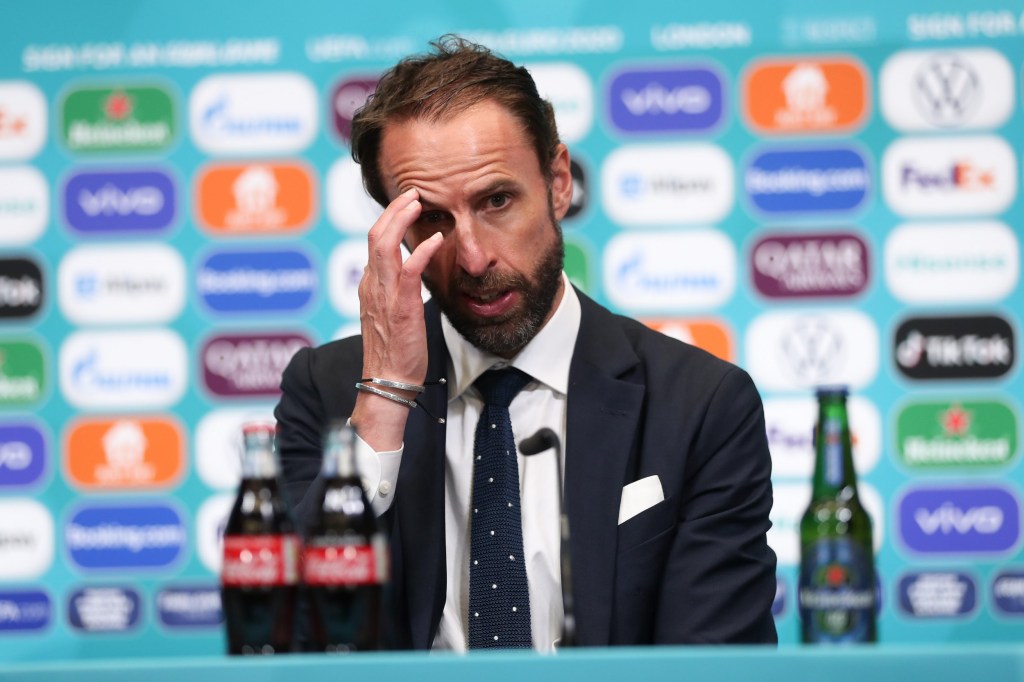 Gareth Southgate has indicated that Mason Mount and Kieran Trippier both would’ve been in line to take penalties during England’s Euro 2020 shootout against Italy.

The Three Lions were agonisingly close to ending their 55-year wait to win a major tournament as Southgate’s men and Italy were forced to decide the winner of Euro 2020 via a dramatic penalty shootout.

England thought they had the upper hand when Andrea Belotti missed his spot kick, but Marcus Rashford struck his effort against the post before Jadon Sancho and Bukayo Saka saw their shots saved by Gianluigi Donnarumma.

Trippier was substituted in the second half, while Mount was brought off for Jack Grealish in the first half of extra time.

And Southgate has suggested that the Atletico Madrid right-back and the Chelsea midfielder would’ve been in his first five takers had they have been on the pitch for the shootout.

‘What they have to know is none of them are on their own – we win and lose as a team,’ Southgate said after the game.

‘The penalty takers are my call. We’ve worked on them in training, that’s my decision, that’s not down to the players.

‘Tonight it hasn’t gone for us but we know they were the best takers we had left on the pitch.

‘We tried to get those players on the pitch, we already had to take a couple off during the game itself.

‘Of course, it’s going to be heartbreaking for the boys but they are not to blame for that, that’s my call as a coach.’

Southgate also had special words of encouragement for Saka, whose missed penalty handed the victory to Italy.

‘He’s not on his own,’ said the England manager.

‘He’s such a super boy. He’s been a star and he’s going to continue to be a star. We’ve got to be there to support and help him.

‘He’ll get a lot of love from outside because of what he’s done in this tournament.’