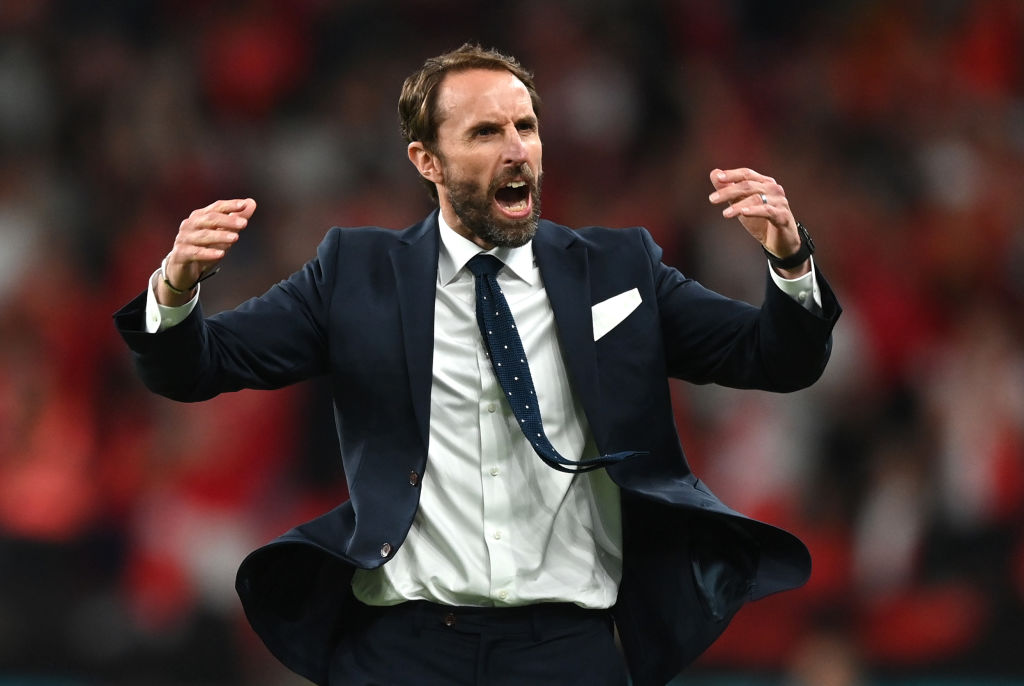 Gareth Southgate says his England players must choose what colour medal they take home in Sunday’s Euro 2020 final against Italy as they prepare to make history at Wembley.

For the first time in 55 years, the Three Lions find themselves in a major international final after a storming run at this summer’s rescheduled tournament.

They have conceded just once in six games, beating Germany on the way, and now face their toughest test yet against Roberto Mancini’s side, who haven’t tasted defeat in any of their last 33 games.

England have never won the Euros, and while the current crop have captured the hearts of the nations, Southgate knows the game is all about glory.

‘You get lovely messages that say whatever happens now, people are respecting how they [the players] have been and respecting that they have represented the country in the right way,’ Southgate said.

‘I said to the players about all of these other bits, the legacy bits, they have achieved … but now they have a choice of what medal colour?

‘And that is, in the end, is what it is all about.

‘The lovely messages … that won’t be how it will be on Monday.

‘I get the story, but it’s been about how can we push this team as far as we think we can?

‘Because I know it won’t be enough for me and for the rest of the staff and for the players if we don’t win it now.’

England players to donate Euro 2020 prize money to the NHS