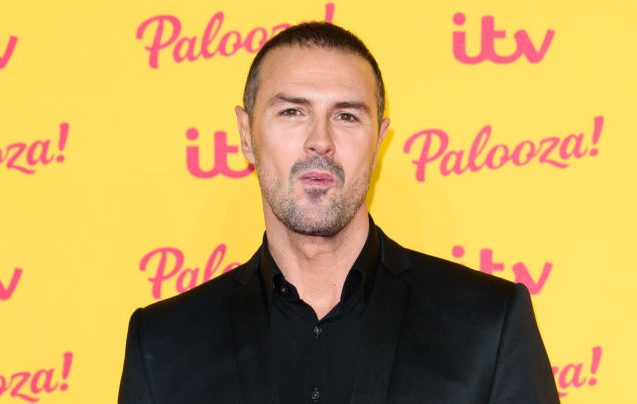 Paddy McGuinness has been announced as the new host of A Question of Sport, replacing Sue Barker.

He told The Mirror he was over the moon to be hosting one of his favourite TV shows, saying: ‘I love the fiercely competitive nature of sports stars coupled with having a laugh.

‘That’s why A Question of Sport has always been one of my favourite shows and having been weaned on it from an early age, this is an honour and opportunity I’m certainly not taking lightly.

‘I grew up with both Davids hosting but it’s Sue who made this show her own.

‘She will always be A Question of Sport icon, but I’ll try my best to stamp my own mark on it.’

Sue stepped down from the sporting quiz show in May this year after 24 years in the hotseat with team captains Matt Dawson and Phil Tufnell also leaving the series.

Paying tribute in her final episode, she said it was a ‘privilege’ to front the programme.

She said: ‘I just want to say it’s been such a privilege to sit in this chair for the last 24 years, taking over from David Coleman.

‘I’d like to say a huge thank you to the A Question of Sport team and to Matt and Phil.’

She added: I want to wish the best of luck to the three people taking these seats next.’

Matt and Phil also said farewell, with Matt adding: ‘Phil and I have been part of this team longer than we’ve actually played our international careers.

‘My face will finally stop aching from all the laughter. Sue, you have been the best boss!’

Phil added: ‘Thanks to everyone who’s been involved, loved every single minute of it.’

One-time tennis ace Sue had been on the series since 1997, keeping up the show’s tradition of having a former sports star in the hot seat.

Football pundit Alex Scott was long rumoured to take her place, however she later denied the rumours.

In May she was confirmed as the first permanent female host of Football Focus after Dan Walker’s exit.

Sue meanwhile still fronts coverage of the Wimbledon tennis tournament on the BBC.