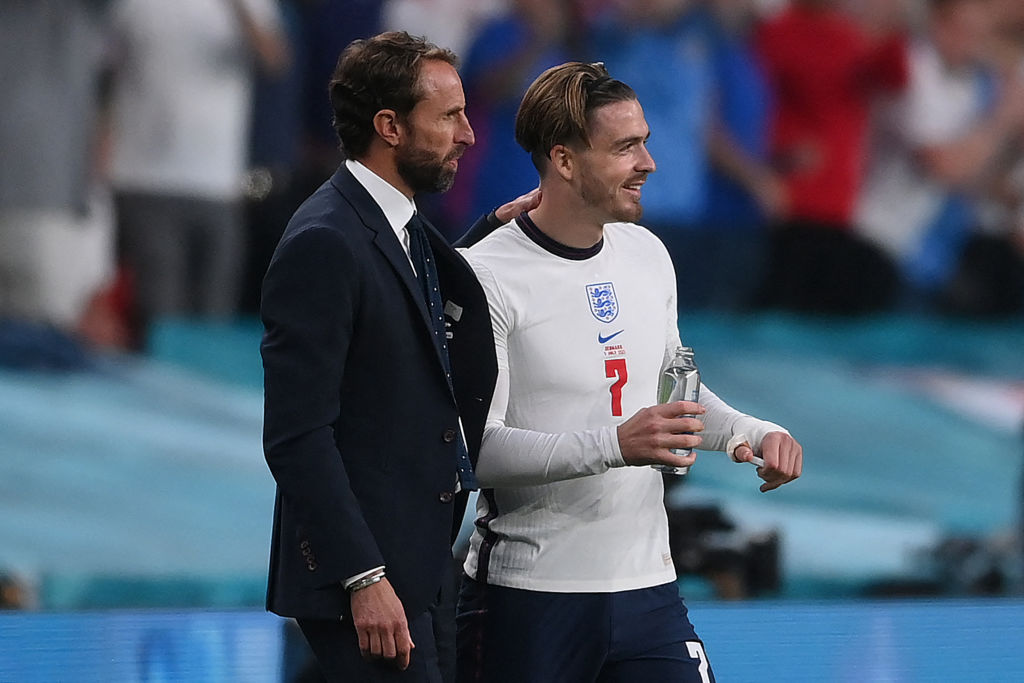 Gareth Southgate insists Jack Grealish understood his motives for taking him off just 35 minutes after he was introduced as a substitute during England’s Euro 2020 semi-final win over Denmark.

The Aston Villa talisman has been used sparingly over the course of the tournament, making only one start thus far, and that came it what was effectively a dead rubber against Czech Republic in his side’s final group match.

With 20 minutes remaining against the stubborn Danes, however, Grealish was introduced with the score locked at 1-1.

The 25-year-old probed away but was unable to make a significant impact and suffered the ignominy of being hauled off just moments after Harry Kane’s decisive goal.

Kieran Tripper took Grealish’s place at the start of the second period of extra-time and helped England maintain the advantage they had worked so hard to gain.

Explaining the change, Southgate said: ‘He’s fine – he understood, he was terrific when he came on he gave us momentum.

‘But we know when they’ve gone behind in games they’ve thrown four men up front so we needed to get an extra defender on just to make sure we were more solid and I wanted to keep Raheem’s [Sterling] speed on so it meant taking one of the two boys off who had just come on.’

There’s a new RoboCop game coming from the makers of Terminator: Resistance

Vampire: The Masquerade – Bloodhunt closed alpha impressions – does it suck?

God Of War: Ragnarök trailer and State of Play due next month claims rumour

Southgate has often, unfairly, been accused of being too nice to command the respect of a side aiming to win international football’s biggest prizes, but his former England teammate, Ian Wright, believes the decision to haul Grealish off dispelled that notion once and for all.

He said: ‘I feel for Jack Grealish you can see its a tournament that he really wants to be a part of, every time he gets going it doesn’t quite happen for him. To be taken off like that is of course, you subbed a sub its not nice.

‘But it is about the squad and being a part of it. Sunday Jack might come on and make a massive difference, he might set up the winning goal.’