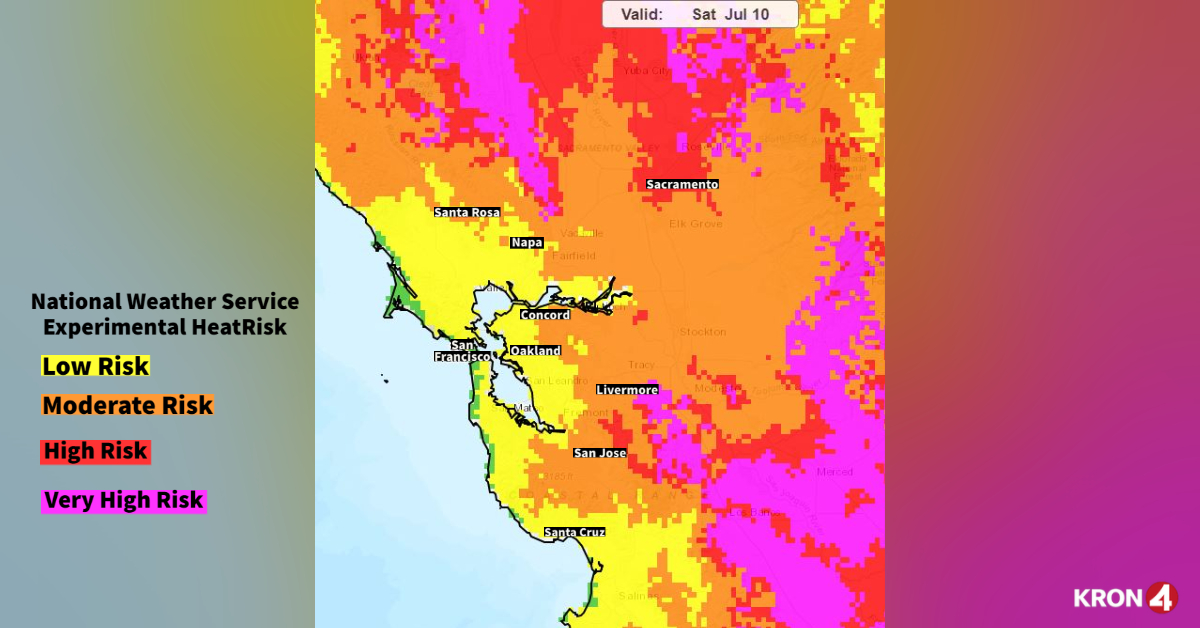 This weekend, some inland regions of the Bay Area could get into the triple digits.

The National Weather Service predicts a warming trend with temperatures hitting 90 degrees by Thursday, “with a few of the hottest locations approaching the 100 deg F mark.” It will also be a dry weekend, increasing chances for wildfires.

Anyone who’s fretting over the sweltering heat to come should plan a weekend in San Francisco, or other coastal cities and towns near the bays. As usual, the onshore flow will keep it cooler by the water.

According to the National Weather Service’s experimental heat risk map, the most at risk for heat dangers will be the San Jose and Livermore areas, as well as up near Santa Rose and Napa for Saturday, July 10.

The incoming hot weather is making it so Tuesday will likely be the coolest day of the week in the Bay Area.