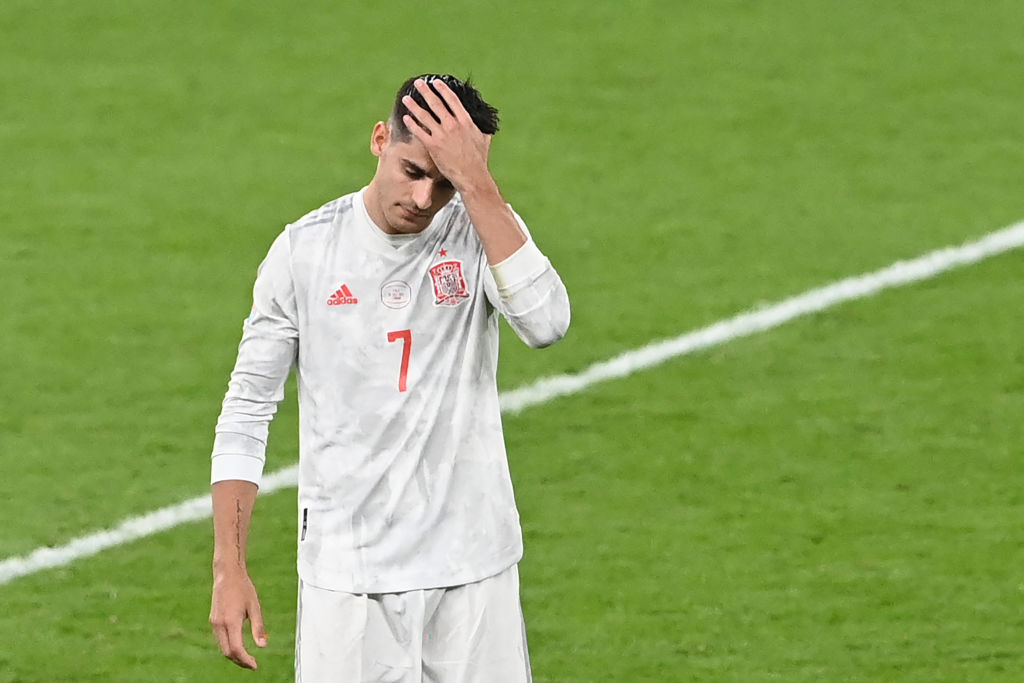 Alvaro Morata believes Spain deserved ‘much more’ after crashing out of Euro 2020 at the semi-final stage.

After 120 minutes of enthralling action, the European heavyweights could not be separated with the contest going to a penalty shootout.

Having come off the bench to level the contest in normal time, Morata saw his effort saved by Gianluigi Donnarumma.

Chelsea midfielder Jorginho then stepped up to coolly roll home the winning spot kick to send the Azzurri into Sunday’s final when they will take on England or Denmark.

‘Like the whole of Spain, it was also my dream, our dream.

‘I am proud to have been part of this team. To those who have believed in us, THANK YOU.

‘Football can be very hard.’

Former Spain stalwarts Sergio Ramos and Gerard Pique were also quick to praise the efforts of Luis Enrique’s side.

Ramos, left out of this summer’s squad after struggling with injuries last season, wrote on Twitter:  ‘Sad and unfair. It could not be, but you have made a whole country vibrate and get excited. Proud of our selection’.

Pique wrote: ‘I feel very proud. To reach the semi-finals of Euro 2020 has a lot of merit. I don’t think there is a better team in the competition.