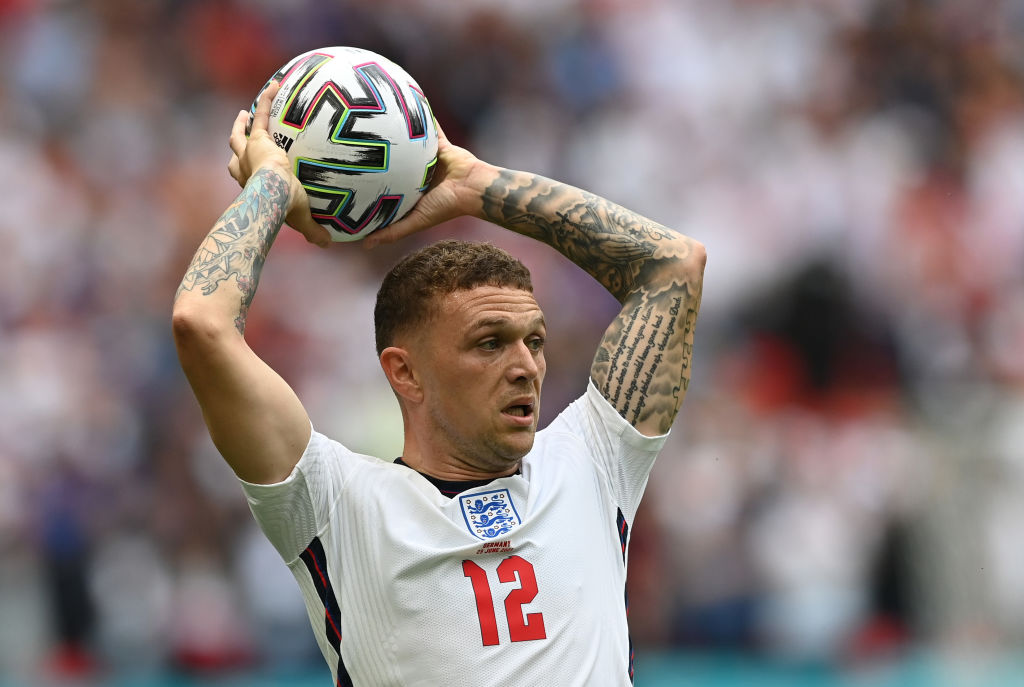 Ole Gunnar Solskjaer is keen to bring in another option at right-back this summer to provide competition for Aaron Wan-Bissaka.

United are eager to sign the Atletico Madrid star but have seen an opening bid of around £10m rejected.

The former Manchester City youngster is thought to be keen on a return to the north west of England and has reportedly told England teammates he intends to push for a move to Old Trafford following Euro 2020.

But with England one more win away from reaching the final, his focus remains solely on the job at hand.

He told The Guardian: ‘I’ve just enjoyed the season [at Atlético] and we’ve won the title.

‘I’m away with England, we’re playing Denmark and I’m not focusing on my club or what is going on. I’m just focused on England and doing as best as I can if I play. If I don’t play, I still give 100%.’

The former Burnley defender joined Atletico from Tottenham in 2019 for a fee of around £20m.

Kieran Trippier speaks out on to Man Utd transfer speculation

Atletico are thought to be asking for a similar fee and it remains to be seen whether United will return with an improved offer.

United have since agreed a deal to bring Jadon Sancho to Old Trafford with Raphael Varane widely reported to be the club’s next priority, having turned down multiple offers to sign a new deal at Real Madrid.