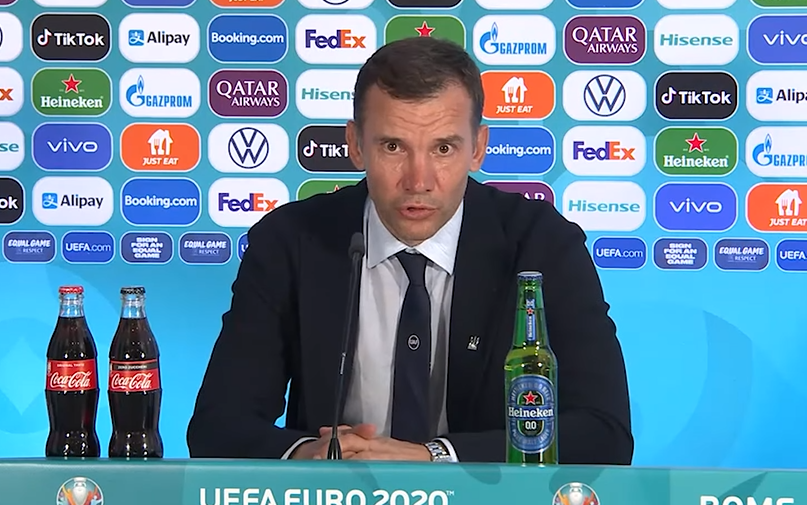 Beaten Ukraine boss Andriy Shevchenko has backed England to defeat Denmark in Wednesday’s Euro 2020 semi-final at Wembley, though he feels the final four teams were all given a huge advantage.

Gareth Southgate’s side were in complete control of their quarter-final clash with Ukraine in Rome on Saturday evening, securing an impressive 4-0 victory thanks to goals from Harry Kane, Harry Maguire and Jordan Henderson.

Shevchenko was very impressed by England’s display and believes they can go one better than at the 2018 World Cup, where they were eliminated at the semi-final stage by Croatia.

Asked how good England could be in the tournament, Shevchenko replied: ‘I think that England played very pragmatically today.

‘They used their strong flanks, they used our mistakes and they played very well, at a top level.

‘They controlled the game, but there were episodes where we made mistakes and we couldn’t really do anything in return really.

‘Sometimes we had good periods, good opportunities but we didn’t actually use them.

‘But the English team is really strong – individually and as a team – and they have a great coach. They reached the semi-finals and I can see that this team can play in the final.’

Saturday’s match at the Stadio Olimpico is the only game England will play away from Wembley, with all four semi-finalists having played their three group games at home; England in London, Italy in Rome, Denmark in Copenhagen and Spain in Seville.

Shevchenko believes it is no coincidence, saying: ‘I think it’s a massive advantage. First of all you play the games in your own stadium.

‘You don’t have to travel, you train on your own pitch, you have all the staff around. This small particular makes such a big difference.’

Like Shevchenko, Ukraine skipper and West Ham winger Andriy Yarmolenko was full of praise for England, saying after the defeat: ‘I believe England’s victory tonight was well deserved. My congratulations to them; I wish them luck in their upcoming games.