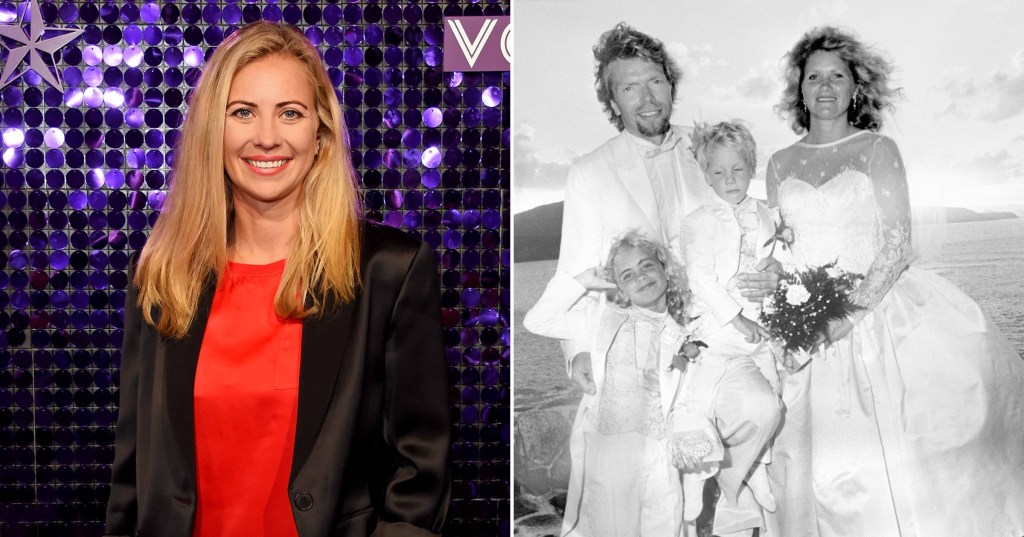 Richard Branson’s daughter Holly has revealed she lived as a boy for several years during her childhood, with her parents happy to ‘let her be who she wanted to be’.

Holly, now 39 and a mother of three with her husband Freddie Andrewes, explained: ‘I, at the age of four, decided I was a boy. It wasn’t that I wanted to be a boy, it was that I was a boy.’

Revealing that she came to the decision shortly after her younger brother Sam was born, and wondered if it was perhaps ‘a psychological thing’ linked to him getting attention, she continued: ‘I absolutely believed I was a boy – I stood up to pee, I dressed like a boy, I even gave myself different male names.’

Speaking on Natalie Pinkham’s In The Pink podcast alongside her Virgin founder father and brother Sam, she added: ‘This wasn’t just a quick thing that stopped after a few months or years, it lasted until I was nearly 11.

‘It was quite unusual, especially at that time [because] it was nearly 40 years ago.’

Holly labelled herself as ‘lucky’ to have parents that were ‘really accepting of it’ and gave her ‘unconditional’ love.

‘They didn’t question any of it, they let me be who I wanted to be,’ she revealed.

Holly then went on to recall how she asked her mum for a dress for Christmas when she was 11, which her mum ensured she received from a family friend to avoid it being a ‘pressurised’ gift, and that was the ‘turning point’ for her to embrace being a girl again.

Billionaire race for the stars: Richard Branson to beat Bezos to space

The former junior doctor has worked with her father at Virgin since 2008 and currently serves as the company’s chief purpose and vision officer. She is also involved with the organisation’s charitable endeavours and co-authored a book on building meaningful careers in 2018.

Her father is currently preparing for Virgin Galactic’s next test flight window on July 11, which means he will be travelling into space nine days earlier than his billionaire rival, Amazon founder Jeff Bezos.


MORE : Sir Richard Branson reveals how £100 from his mum kickstarted his business empire


MORE : Billionaire race for the stars: Richard Branson to beat Bezos to space