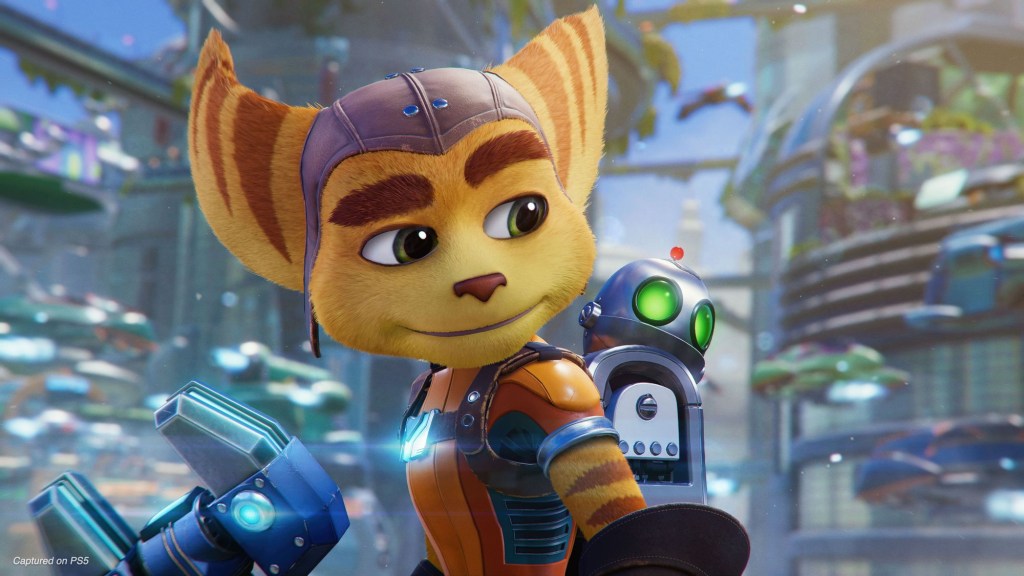 A reader is unimpressed by PS5 exclusive Ratchet & Clank: Rift Apart, even as he admits it has the best graphics ever for a console game.

I read with interest last weekend’s Reader’s Feature about Ghost Of Tsushima and while I could see what the reader was getting at, in terms of what he didn’t like about the game, I found myself disagreeing with most of his points. For me Ghost Of Tsushima is one of the best PlayStation exclusives and I’m surprised Sony were surprised at its success, given how popular Assassin’s Creed is.

But my feature isn’t about Ghost Of Tsushima, it’s about a different PlayStation game. This time it’s one I struggled to understand the appeal of, but which seems to have its own legion of supporters (I say seems as I’ve never met anyone that cared about it much either way, but I think it’s generally a much bigger deal in America). Sony certainly thinks a great deal of it, as it was originally implied to be a launch title and is probably the most graphically impressive game on the PlayStation 5 – or indeed any console. But that does not make it a good game.

Since it’s been around from the PlayStation 2 era, I have played a few Ratchet & Clank games before, although I’d never be able to tell you which ones. In both cases I think I borrowed them, but I bought Rift Apart as, frankly, things are going all right at the moment and I wanted a new game and to see what the PlayStation 5 can do in terms of graphics. And I don’t mind saying the first 30 minutes or so blew me away with the whole anti-gravity carnival float set piece being very impressive.

Then the first boss battle kicked in and things start to get very ordinary. The opening is great, but it took me a little while to realise the game wasn’t really going to do anything much else. Some of the levels are (small) open worlds, and there’s side stuff like flying a dragon but basically everything you see in that first hour or so is everything the game does. The only thing that really changes is the weapons, of which they are a lot, but they don’t make a whole lot of difference as most handle pretty much the same to each other.

The whole thing about there being a female Ratchet makes absolutely no difference to the gameplay and is basically just a plot point, if the game can be said to have much of a plot (I’ll be honest, I completely missed the fact that there were two main bad guys until right near the end and I’m still not sure if that was me not getting something or the game thinking it would be a shocking twist).

There’s basically no puzzle-solving, platforming of only the most basic kind, and most of the exploration is pointless as either the areas are really small or the open world ones put giant icons on the map telling you exactly where to go. There is almost nothing else in the game except shooting and yet the shooting is… okay? It’s competent but it feels like just one part of something larger, where it wouldn’t have mattered that it wasn’t particularly memorable. But there is no larger game, shooting is all there is.

I’d swear the other games had you flying spaceships and using jetpacks but if they didn’t they should have, or at least this one should have. Although I suppose if it did it would probably be just as pointlessly easy as flying the dragon (that is not a euphemism).

Overall, I found it to be a very poor advertisement for the PlayStation 5 on anything but a technical level. But while the graphics are undoubtedly impressive the whole instant-loading portal gimmick is very underwhelming for the simple fact that it’s not in the game that much. It’s never used in any clever kind of way in combat, like constantly attacking bosses from different angles and that sort of thing, and instead you just switch backgrounds a few times and I guess you’re supposed to go ‘Oooh!’ at how fast the SSD is.

Ratchet & Clank: Rift Apart just about works as a tech demo but in every other aspect I found it highly repetitive and disappointingly unambitious – especially as it has an air of smug self-satisfaction about it that I found to be entirely unjustified. Sure it’s pretty but it’s not much fun, and I find that to be far more important.