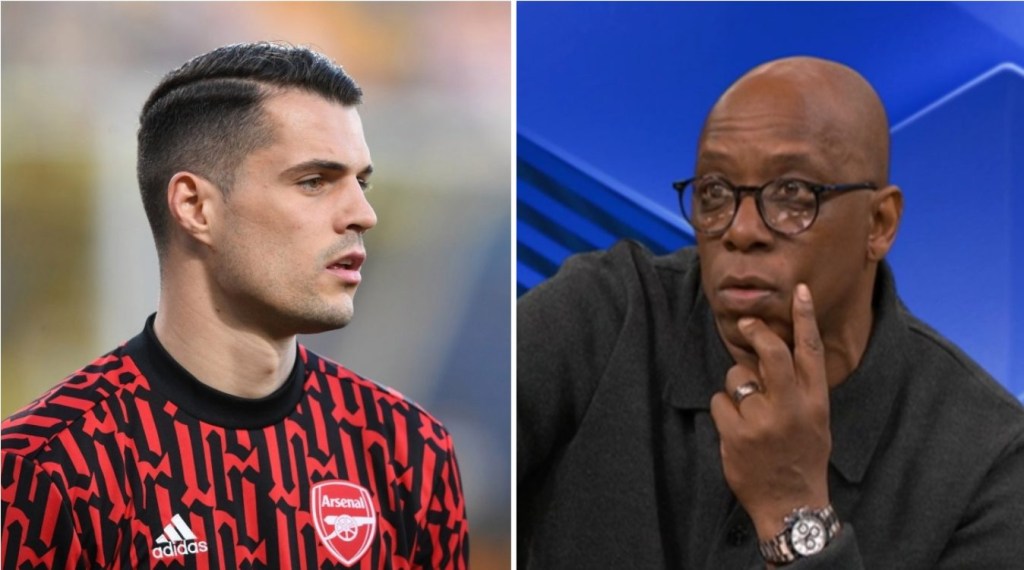 Ian Wright says there is ‘no way’ Arsenal should be selling Granit Xhaka based on his Euro 2020 form but admits the Gunners have rarely seen the best from a player who now appears to be heading to Roma.

Xhaka, 28, is expected to join the Italian club following Switzerland’s Euros campaign, bringing an end to his five-year stint at Arsenal.

The midfielder has endured a turbulent spell in north London, playing more than 200 times for Arsenal but often flattering to deceive and falling out with the club’s fans along the way.

He has enjoyed an impressive European Championship campaign, however, and Wright says he was ‘magnificent’ in Switzerland’s brilliant victory over World Cup holders France earlier in the week.

Xhaka’s performance was bittersweet for Wright and many Arsenal fans who rarely saw the midfielder dominate matches for the Gunners, and are now braced for his departure from the Emirates.

Speaking on ITV’s Football Show podcast, Wright said: ‘That is the best I’ve ever seen him [Xhaka] play.

‘I feel for him because he’s someone I’ve been very critical of in the past and when you see a performance like, do you blame him or the coaches for not getting those performances out of him in the past?

‘I have never seen him used to that effect. There’s no way Arsenal should be selling a player that can play like that, at that level.

‘So unfortunately for us it looks like he is going but I’m delighted for him because he’s answered a lot of critics. He was magnificent.’

On his own Ringer FC podcast, Wright added: ‘Can I say something about Granit Xhaka? I was delighted to see how well he played, that’s the best I’ve ever seen him play.

‘He was everywhere, he done everything and it looks like he’s probably going to Roma. He’s not been my favourite player but what we saw in that game was a complete midfielder who was used properly.

‘Seeing him play that well and knowing what we need at Arsenal, it’s a shame we never got performances like that for whatever reason. It’s a shame.’

‘He had a really good game against France, but can he do that every game? He’s played well at this tournament, been efficient in midfield,’ Parlour told Gambling.com.

‘He’s had good games like that at Arsenal, but I just think mobility is key in the Premier League and he lacks that.

‘International football can be a bit slower sometimes, the build-up play isn’t as fast which doesn’t suit his game.

‘If he goes to Roma, I think Italy is perfect for him. It’s a slower game over there and you know Xhaka has got the passing ability to excel there.

‘Whether he goes or not, we’ll have to see. I’m sure Mikel Arteta is across the situation.

‘Consistency is so important in midfield, you’ve got to be performing like that week in week out and at times he’s had poor games – like 4 out of 10 games – and you need a player who will guarantee you a 7, 8 or 9 every week, which is difficult to find.

‘I think that’s why he hasn’t been able to replicate that Switzerland form for Arsenal, although he was much better last season to be fair to him. The pace of the Premier League is maybe just a little bit too much for him.’