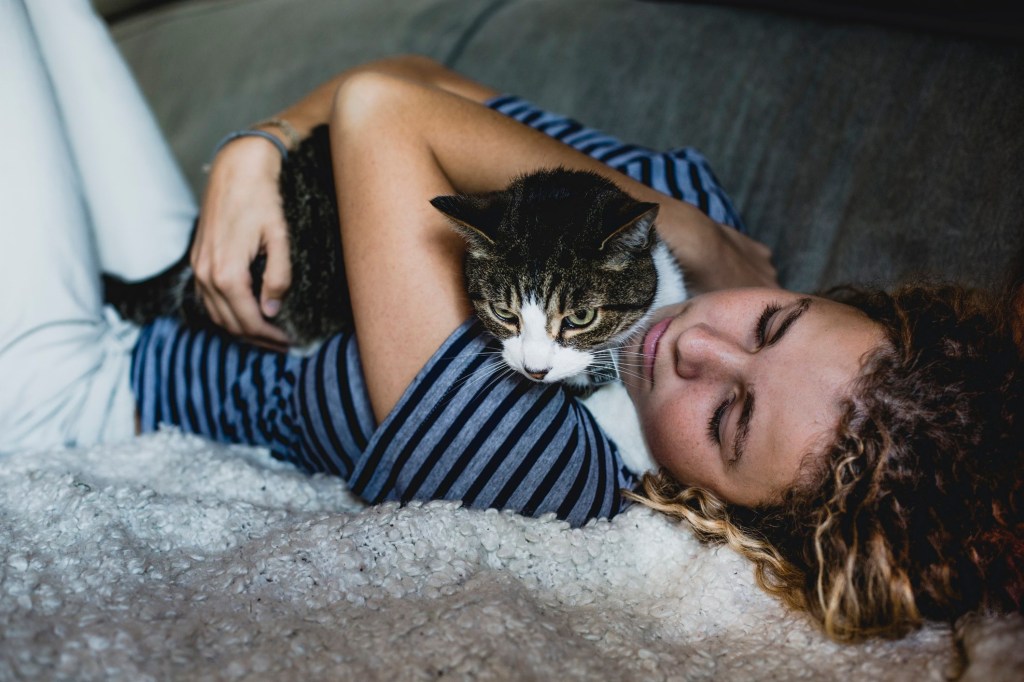 Cats and dogs are catching Covid from their owners at alarming rates and could act as a ‘reservoir’ for the virus.

That’s the worrying finding of two separate studies of animals owned by a person confirmed to have been infected with the disease.

Dutch scientists have discovered two thirds of cats and 43% of dogs belonging to an infected person were found to have produced antibodies.

One in five pets living in homes with a positive case showed signs they had contracted the virus, but cats and dogs were significantly more likely than other animals.

A different study in Canada said cats who sleep in the same room as their owners were at particular risk of contracting Covid.

Pathologists in Ontario discovered cats that shared an owner’s bed were more likely to ‘lock in’ the virus because of their biology and more susceptible to infection as they often sleep closer to a person’s face.

Pet to human transmission has not been confirmed but one scientist involved with the study said ‘the possibility can’t be completely ruled out’.

The first study at Utrecht University found half of dogs that contracted Covid were symptomatic, mainly displaying a lack of energy and loss of appetite.

Cats were more likely to suffer heavier symptoms, including difficulty breathing and a runny nose.

Dr Els Broens of Utrecht University said: ‘If you have Covid, you should avoid contact with your cat or dog, just as you would do with other people.

‘The main concern, however, is not the animals’ health – they had no or mild symptoms of Covid – but the potential risk that pets could act as a reservoir of the virus and reintroduce it into the human population.

‘Fortunately, to date no pet-to-human transmission has been reported.’

The second study in Canada analysed how different types of contact between pet and owner could increase the risk of infection.

The amount of time spent with an animal or allowing them to lick the owner did not seem to be a factor – but allowing cats to sleep in the same bedroom as an infected person did.

Dr Dorothee Bienzle, a professor of veterinary pathology at the University of Guelph in Canada, said ‘there is a surprisingly high chance’ of passing Covid to a pet and warned infected cat owners to ‘keep your distance from your pet – and keep it out of your bedroom’.

She also recommended keeping pets away from other animals during the infection period.

Public Health England has already issued guidance on how to handle pets after a positive test.

Infected owners should wash their hands after petting their animal or touching its bedding. They should also avoid sharing food.

There is particular concern about the ability of ferrets to catch and spread the disease. Ferrets must be isolated from humans and other animals for 21 days if someone in the household tests positive.

The findings of both studies were presented at the European Congress of Clinical Microbiology and Infectious Diseases.