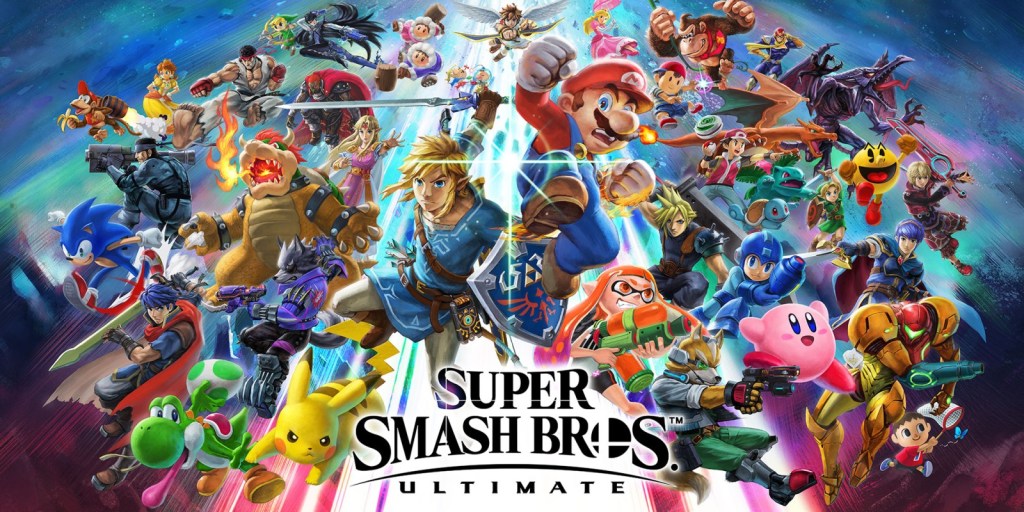 The Tuesday Inbox suggests Housemarque make the next Metroid game, as one reader thinks EA has missed their chance to beat Call Of Duty.

The Byleth effect
Enjoyed the Reader’s Feature at the weekend about why it’s stupid to try and predict Nintendo so I’m going to… try and predict Nintendo! I mean, how can you not with the final bit of DLC coming up for Super Smash Bros. Ultimate? It could almost literally be anything at this point, from an impossible megaton like Master Chief to a wet fart like another ‘guy with sword’. No one has any idea which it is and I love that.

Assuming Nintendo even consider the last spot to be significant (it seems obvious that it is to us, but that’s the first mistake you make with Nintendo) I think there are three main categories of what it could be: a major third party character like Master Chief, Lara Croft, or Crash Bandicoot; a boring Nintendo character that just hasn’t been in it yet; or something out of left field.

Sod’s law is it’ll be the boring choice, like Diskun or Chibi-Robo or something but let’s be positive and imagine it’s one of the other two. For me, Master Chief is the only one that would really be a shocker and I don’t see anyone else, beyond Ratchet & Clank or something, that would be on the same level.

If I had to guess though I would say that it’s either going to be something super weird, like a walking NES or Masahiro Sakurai. Or it’ll be a brand new character that we’ve never seen before, the will be appearing in a future Nintendo game – since they can’t add in anything new afterwards. That last would be my absolute best guess. Now let’s all sit back and watch it be another Fire Emblem character!
Scotty

Ultimate effort
So in Super Smash Bros. Ultimate right now you can have a between Ryu (or Ken) from Street Fighter, Terry Bogard from Final Fight, Kazuya from Tekken, and… pretty much every Nintendo character ever. This is literally the sort of thing I used to dream of when reading ACE during lunchtime at school and arguing with my mates over which fighting game was the best!

Hats off to Nintendo for pulling all this together, both their designers and their lawyers – as I’m sure it wasn’t easy for either. As to who the final character is… I ‘m happy to be surprised at this point. I’d love for it to be Master Chief or someone equally unlikely but I also liked the idea of it being Shigeru Miyamoto or Masahiro Sakurai. Those guys deserve.
Freddy

Metroid Returnal
I’ve been playing a lot of Returnal this weekend and I’m loving it. One of the things that stuck out to me though, given recent announcements, is just how much the game is like Metroid Prime. It’s not really a Metroidvania as such, given there’s not much backtracking and the new items don’t usually give radically different abilities but it would only take a small tweak to change that.

Which is another way of saying that if Metroid Dread is the last in that chapter of the series then Returnal’s third person exploration and combat is a great template for how to go in the future. It’s a bit more action-y than regular Metroid but not by much and the level design and atmosphere is great.

If I was Nintendo I’d sign up Housemarque on the spot and get them to work right away. Sony don’t seem to want to buy them and if they won’t then it feels like only a matter of time till Microsoft does instead. So why not slip in there first?
Rocky

Blood, sweet, and toil
If this was 10 years ago I would say that, yes, Battlefield 2042 probably will beat out this year’s Call Of Duty and that would put it on a firm footing to defend its position with future sequels. But EA has left it too late. The gaming world has changed a lot in those 10 years and thanks to Warzone Call Of Duty are in a basically unbeatable position.

EA’s only chance is to create a Warzone equivalent, which I’m sure they’re doing, and then try and dig in and try and get a similar size of audience with it. But that is not only a big task it’s one that is going to takes years of effort.

So yeah, Battlefield 2042 might even outsell Call Of Duty this year but that’s just one battle in a war that shows no sign of ending.
Jasper

Forced to cheat
I’ve just completed Alex Kidd In Miracle World DX using the infinite lives option, after dying around 80 times. How in god’s name did I complete this game as a 12-year-old boy using no cheats (not sure if there were any for the original Master System game) whatsoever! The one hit and die system, along with the twitchy controls, are just brutal but the instruction booklet was a pleasant little surprise.
Adams6legend
PS: Was lucky enough to receive an Xbox Series X for my 40th last week. Forza Horizon 4 looks gob-smacking-ly brilliant on it.

Least worst
I know they’re mostly evil but I do feel EA are the least worst out of Activision, them, and Ubisoft. EA will nickel and dime you for almost anything but it’s kind of your fault if you fall for it because, unlike Activision and Ubisoft, they’re usually upfront about things and don’t try to sneak in microtransactions after launch and things like that.

They also have games I actually like and have given some games more chance than I would’ve expected, even though they’re never successful. Activision already seems to have given up on Crash Bandicoot again but here we are with believable rumours of EA bringing back Dead Space, just like they did SSX, Mirror’s Edge, and, coming up, Skate.

And that’s even though in each of those cases the reboots didn’t sell either. I’m going to predict there’ll be a new Dead Space and that it’ll get good reviews and… not sell that much. But I imagine it’ll probably be fairly big budget and EA will give it a good push in terms of marketing. Fans will be happy, then upset when it doesn’t get another one, but an effort will have been made and I, for one, appreciate that.
Pellington

Uninteractive entertainment
I really don’t see the point of a Mass Effect TV show or movie. Mass Effect is a game. If it’s not interactive I’m just sitting there watching something that might as well be Star Wars or The Expanse or whatever. I really don’t understand why so many companies think the only way they can legitimatise themselves is by turning their games into live action.

Even Naughty Dog do this and I just do not get it. Would these people just be happier making movies? Why even make a game if they secretly it’d be better if it wasn’t interactive and didn’t have any gameplay?
Grackle

Games Inbox: Will Battlefield 2042 beat Call Of Duty this year?

Do you feel lucky, ‘punk?
I am looking for some helpful comments from fellow readers about the current state of Cyberpunk 2077. I was massively disappointed with the reviews when it first came out, as it’s one of my favourite genres of game, but the Xbox One and PlayStation 4 versions just sounded unplayably broken, and I really wanted to wait to see the game once it was in a fit state to be enjoyable. Last week I was lucky enough to grab an Xbox Series X from Amazon, so was wondering if anyone who has played this version can let me know if it alleviates the problems of the last gen versions?

Is it a game worth playing, regardless of the technical issues? I know I’ll get rational feedback from here, not kneejerk reactions, as to whether the game is now sound enough to be played as CD Projekt intended. I saw the game is currently £25 on Jacamo, then suddenly realised with smart delivery I would get upgraded to the planned Xbox Series X specific version, hopefully coming out later in the year.

Then I would have the dilemma of whether to even play it until the Xbox Series X version was released! Strange how I could be buying a game cheaply today, to play six months later as a (hopefully) totally overhauled and upgraded version. Times have certainly moved on since the days when I loaded my games up using a cassette deck!
gaztop2511 (gamertag)
Currently playing: Ori And The Will Of The Wisps and DiRT 5

GC: We haven’t played it all the way through on Xbox Series X but in terms of performance it should be fine. It’s only on the base Xbox One and PlayStation 4 it’s still not (and probably never will be) recommended. While taking advantage of the £25 deal seems wise, we’d advise waiting for the dedicated next gen version before you actually play it – especially as you’ve already waited this long anyway.

Inbox also-rans
The Ghost Of Tsushima Reader’s Feature contains historical inaccuracies. Samurai did exist during the Mongolian invasion of Tsushima. A few Google searches can easily confirm this, there are numerous articles discussing this very topic.
Anon

GC: He said the bushido code did not exist, which is correct; it didn’t start to become formalised until the 16th century. Ghost Of Tsushima is set in 1274.

This week’s Hot Topic
On Wednesday we’ll be exactly halfway through the year, so for this weekend’s Inbox we want to know what you think is the best game of 2021 so far.

The game has to be one that was released new this year, so not just whatever you happened to be playing from a previous year (if it helps you can find our list of our top 10 favourites here). How many 2021 games have you bought in total this year and how well do you feel publishers have coped with the problems caused by the pandemic?

Whether they’re new or not, have you bought more or less games in general this year and are there any you’re already planning to get in the second half of 2021?