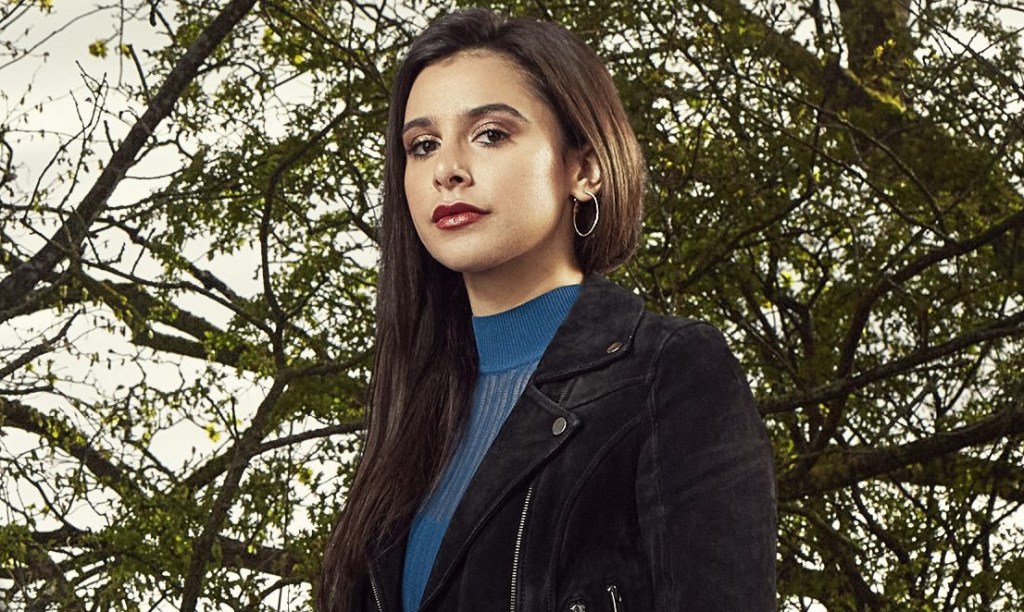 Emmerdale star Paige Sandhu has warned fans that dangerous murderer Meena Jutla is likely to kill again and get away with murder after she lashes out and leaves one villager for dead next week.

One character who is in her way will meet their maker at her hands and Paige has warned that her alter ego will stop at nothing to ensure she gets what she wants.

The actress told us: ‘Meena has zero empathy for the actions that she takes so that has been something different for me to explore. She’s not someone who struggles with the guilt and shame of what she did after the fact.

‘Meena won’t kill for the thrill,’ Paige insisted. ‘ She’ll kill simply because someone is in her way and she always gets what she wants.

‘To her, it seems perfectly reasonable that she would murder someone who is standing in the way of something she wants.’

Diving into the psyche of her sinister character, Paige reveals that the audience will underestimate how far she can go – and it seems likely that next week’s victim might not be the first or the last.

‘I believe Meena was born without the ability to empathise with others and that can make a person very dangerous,’ the star mused. ‘When they don’t see their actions as right or wrong, they don’t believe the law applies to them and are unafraid of the consequences of their actions they can become capable of anything.

‘Meena’s a closed book. We don’t know much about her at the moment but there is the chance that once she’s killed she won’t hesitate to do it again should you get in her way.’

She added: ‘Meena is intelligent. She’s calculating and manipulative. I think she knows what she’s doing and if anyone can get away with murder, maybe it’s Meena.’

She certainly puts the Mean into Meena.

And Paige has done her homework to get into the mindset of a killer like Meena.

She revealed to us that she had watched a lot of programmes as part of her research process. ‘Yes, loads. I’ve watched all of Killing Eve as there are a lot of similarities between Meena and Villanelle,’ she smiled.

Well, we all love a bit of light reading…