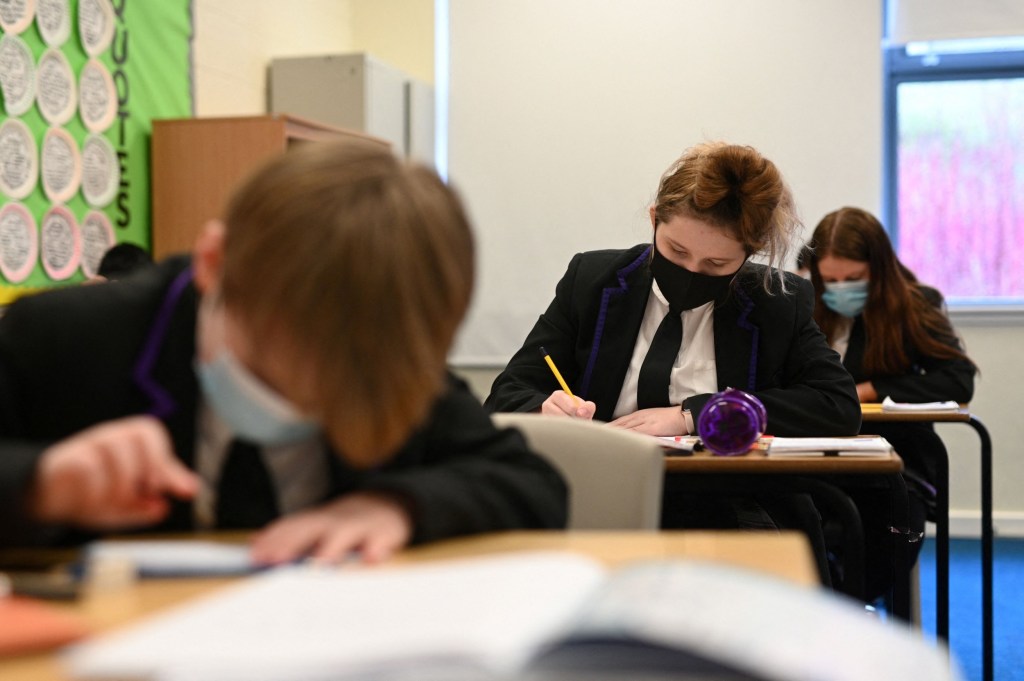 Tens of thousands of pupils are having to isolate as Covid-hit schools limp towards the summer holidays.

More than 38,000 new infections have been confirmed across the country in the last seven days, up by almost 59%.

The surge is being driven by the Delta (formerly known as the Indian) variant, which is far more transmissible than the original strain of the virus.

Unlike during the first wave, Covid has now firmly taken hold in schools and more broadly among younger people, who are far less likely to have been vaccinated.

According to the most recent surveillance data from Public Health England, there were 148 outbreaks linked to educational settings in the week up to June 20.

That’s a jump of 54% from last week’s figure of 96, a growth which is being further compounded by cases among 20-29-year-olds.

According to data from the Office of National Statistics, the number of pupils absent from school for Covid-related reasons has risen sharply.

Figures for state-funded schools – adjusted for older pupils who are on planned leave for exams – reveal 3.3% of all pupils were absent from classrooms this week, up from 1.2% on June.

The main reason for absence, according to the ONS, was self-isolation due to contact with a potential case inside the school (2.3%) and 0.1% of all pupils were absent because their school had been forced to close altogether.

In real terms, that means about 16,000 children are absent because of a suspected infection and more than 200,000 more are stuck at home because they may have come into contact with them.

Kevin Courtney, joint general secretary of the National Education Union told The Times there is ‘every prospect of many more children self-isolating’ with cases expected to keep rising.

The government is actively considering whether to extend the vaccine rollout to pupils in a bid to stop the virus incubating in schools.

The Pfizer jab, which the UK government has a stockpile of, has already been approved for use in children aged between 12 and 15 following its initial authorisation for over-16s.