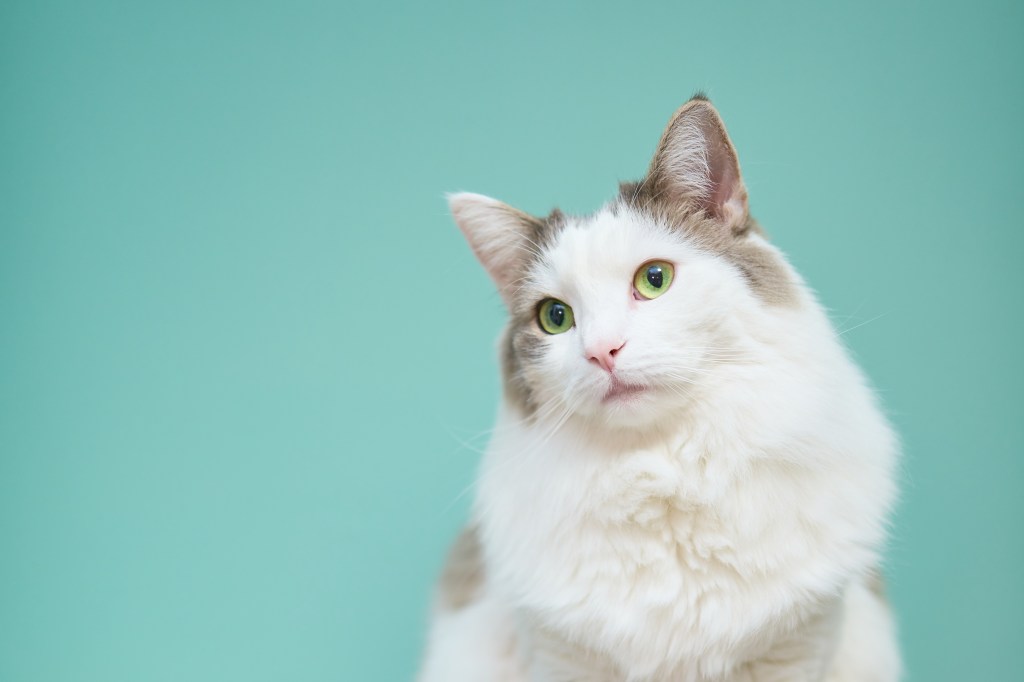 Those people who claim that dogs are a man’s best friend have obviously never had the privilege of owning a cat.

These furry feline friends with their floofy tails and squishy toe beans make for the purr-fect pet.

That being said, cats can be very strange creatures, with weird quirks and unpredictable temperaments.

So, with the help of some cat experts, Metro.co.uk has answered the most-asked questions about cats – from why they purr, to why they insist on bringing home dead animals.

Why do cats purr?

The short answer? It depends on the cat.

Cat expert Celia Haddon, author of A Cat’s Guide to Humans, explained to Metro.co.uk that how and when one purrs differs from cat to cat.

‘Some cats do silent purring, which you can only detect by putting your ear close to their body.’

No one knows for sure why a domestic cat purrs, but many people interpret the sound as one of contentment.

However, Haddon says that although that is mostly true, it isn’t always the case.

She explained: ‘You may hear your cat purring when he is actually being examined by a vet and in that case is very unlikely to be relaxed or happy.

‘So now we think that purring is for some cats sometimes a way of saying “care for me” or “I need your care.” Is there a difference in purr quality between “I am relaxed and happy” and “I need you to care for me?”  If there is, we humans have not yet discovered it.’

Why does my cat bring home dead birds?

Are cats just vicious killers? Are they passive-aggressively letting you know that their kitty kibble is not up to scratch?

The real that reason cats bring home dead mice and birds is actually rather sweet.

Cats are often raised by their mother who teaches them how to survive on their own – this includes catching prey.

The mother will often begin teaching them by bringing back dead prey for the kittens to eat. Then, she will bring back a live animal to teach her offspring how to kill for themselves.

Once the kittens are old enough, they will go outside with their mother to learn how to hunt on their own.

Cats see humans as inexperienced hunters. This is why they are bringing back their dead animals to us. They are trying to teach us how to hunt like they do.

Sometimes, they may also be bringing you a gift so you are able to eat the good raw meat like they do.

Next time your cat brings you a dead animal, try to remember that they think they are doing something nice for you – no matter how disgusting it may be.

Why do cats lick themselves?

Cats groom themselves for several reasons. In addition to detangling their fur, it removes harmful parasites and their eggs.

It also redistributes oils produced by the cat’s skin that provide the fur with some waterproofing.

Anita Kelsey, cat behaviourist and author of Let’s Talk About Cats, added that cats also lick themselves ‘as a self-soothing action, placing their scent over their bodies to feel safe and secure.’

Why do cats rub against you?

Picture this: You’re carrying something incredibly fragile… when you trip over your cat.

This scenario is all-too familiar with cat owners.

But why do the furry fiends insist on weaving between your legs – is it a conspiracy by the ceramic industry to trip you over so you buy more expensive plates? Or are they incredibly desperate for your attention?

According to our cat experts, the answer is probably not what you expect.

Clinical animal behaviourist Trudi Atkinson explained to Metro.co.uk, ‘Cats have a highly sensitive sense of smell and one way that they communicate is by scent.

‘Cats that belong to the same social group will exchange scents by rubbing against each other (a behaviour known as allo-rubbing), which produces a group scent that helps them to recognise each other.’

‘Pet cats perform the same behaviour with their owners.’

You will not be able to smell your cat’s purr-fume, but other cats will be able to.

Why do cats sit on your lap?

There is no better feeling than being the chosen one – having the family cat choose your lap out of all the other available laps in the room.

The reason they like resting there? It’s simple – you’re warm and comfortable.

Anita Kelsey explained: ‘Cats like to sit on us to get warmth and to get attention and strokes. It is an affectionate action and a bonding action.’

However, she stressed that just because your cat doesn’t sit on your lap, it does not mean they don’t like you.

Anita said: ‘Many long-haired breed of cats are not lap cats as they overheat from our body heat but they will sit beside us to have the same fuss and attention.

‘Some cats like to sit on our laps but don’t necessarily want to be stroked. They just choose to be close with us on their own terms.’

Why do cats bite, scratch, and hiss?

Anita Kelsey told Metro.co.uk that cats hiss, scratch, and bite as a ‘warning’.

She said: ‘Cats hiss as a warning to back off. If a cat is feeling threatened/ cornered or their warning hiss has been ignored, they will most likely resort to biting and scratching.

These actions are usually defensive actions but they can also be offensive actions such as when a neighbourhood bully cat picks a fight with another cat over territory. Cats main weapons of defense are their teeth and claws.

‘Cats also hiss to tell us they dislike something.’

However, there may be other instances when cats display this kind of behaviour.

Trudi Atkinson explained: ‘Biting and scratching can occur during misguided predatory type play (which is why cats or kittens should always be encourage to play with toys and never be encouraged to play with human hands or feet).’

Both of our cat experts were quick to emphasise that yes, cats are indeed very intelligent creatures.

Trudi said that although cats do not have anywhere near the same level of cognitive or reasoning powers as humans, they ‘have the intelligence, skills and learning ability necessary to survive as a small wild or feral predator or as a household pet.’

Why do cats knead with their paws?

If you’re ever around newborn kittens, you will see them kneading pretty quickly after birth.

A kitten kneads on his mother’s abdomen as a way of telling her he is hungry and ready for her milk.

However, many cats continue to knead into adulthood.

Kneading seems to be more common in some cats than others.

It’s pretty safe to assume a cat who is kneading is feeling calm, content, and ready to nap.

Catnip is a plant from the mint family that contains oils (nepetalactone) that give it its distinct smell. When a cat smells or eats catnip, nepetalactone enters its nose and activates sensory nerves.

The result is a kind of chemical reaction that gives the cat a sense of euphoria or overwhelming happiness.

When cats smell catnip, they will often paw at it, rub it, roll over it, lick it and even chew it.

After a few minutes, though, the effect of the catnip wears off, and cats will ignore it. After about two hours, cats may encounter catnip again and have the same reaction.

Big cats, such as lions and tigers, react similarly to house cats when exposed to catnip.

Why do cats have whiskers?

Whiskers are more than just a fashion statement.

They are specifically tuned sensory equipment that guide a cat through daily life.

Whiskers have many functions:

It is incredibly important to note that you should never cut a cat’s whiskers.

If you snip them off then your cat can get very disorientated and scared as they’ll be unable to gauge or sense their environment. 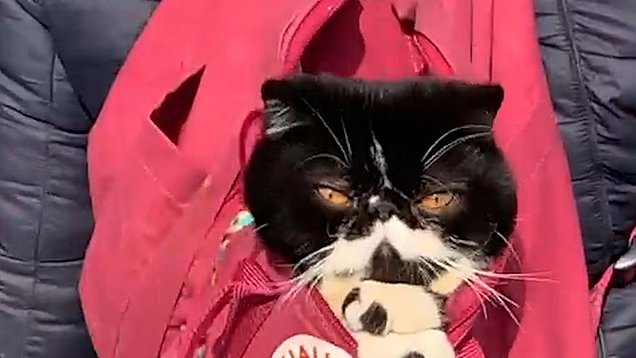 Cats have a reputation for being aloof and difficult to read, especially compared to dogs.

However, there are many small signs that your cat trusts you to look out for, including the following:

What are the signs that your cat doesn’t like you?

Don’t take it personally – your cat may not like you for a number of reasons out of your control, including not enjoying your smell.

Additionally, you may have accidentally stood on it’s tail, or fed it kibble it doesn’t like.

If you’re worried that your feline friend has not taken a fancy to you, then there are some signs to look out for:

If you feel like your cat doesn’t like you then don’t despair – there are some steps you can take to try and earn their love.

Giving them fancy cat treats, being gentle with them, not being too loud or sudden in movements, and sitting next to them rather than towering over them are common ways to win them over.

If you feel like you have tried everything and your cat doesn’t like you, then consider taking them to an animal behaviourist or a vet to find out if there is a deeper underlying issue.


MORE : ‘We changed their lives. And they changed ours’: Animal-lovers reveal how their rescue pets transformed their lives