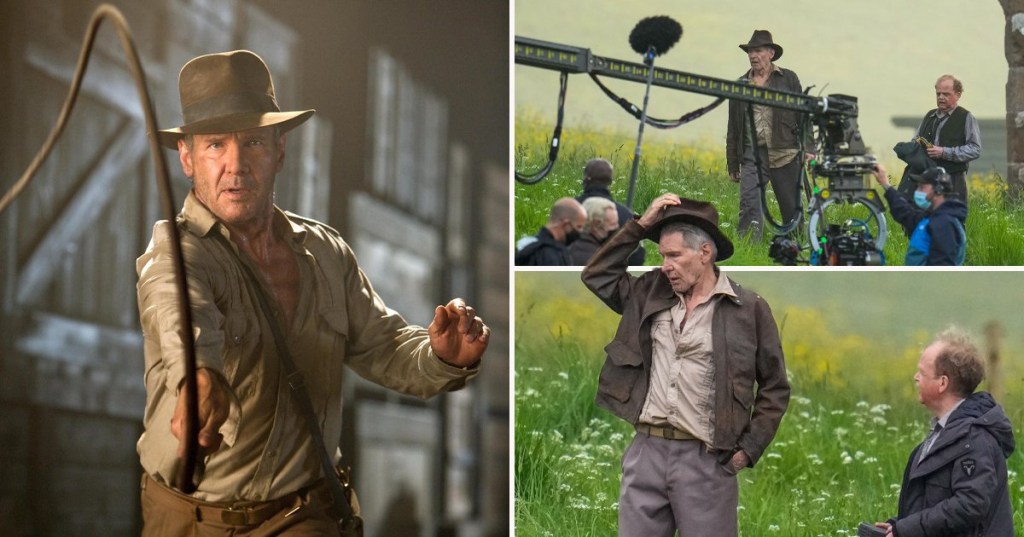 Harrison Ford may need surgery after his injury on the set of Indiana Jones 5, with schedules on the film being re-written.

The actor suffered an injury to his shoulder as he reprised his role for the fifth instalment, with production being ‘reconfigured’ rather than stopping.

A source has now said: ‘He was filming an action scene on a train within Pinewood Studios in Buckinghamshire when he felt it go.

‘He aggravated an old injury but it’s bad enough for him to require surgery to put it right. The crew have been warned that there could be a four to five week break in filming at the very least.’

They added to The Sun: ‘It’s not known yet if he will fly back to the US for surgery. It’s all up in the air and schedules are being re-written.’

Disney previously confirmed that filming schedules would be adjusted, releasing a statement which read: ‘In the course of rehearsing for a fight scene, Harrison Ford sustained an injury involving his shoulder.

‘Production will continue while the appropriate course of treatment is evaluated, and the filming schedule will be reconfigured as needed in the coming weeks.’

Harrison had previously been seen getting stuck in with filming as he donned his old Indiana Jones costume for the first time in over a decade.

The 78-year-old was spotted filming with Toby Jones and made time to greet some local fans as he filmed in North Shields in North East England.

It’s not the first time Ford has been injured on set.

While reprising the role of Han Solo in Star Wars: The Force Awakens in June 2014, his leg was broken by a hydraulic door in a freak accident on the set of the Millennium Falcon spaceship at Pinewood Studios.

It comes 13 years after the fourth instalment in the series, with the first film being released in 1981.

Metro.co.uk has contacted reps for Harrison Ford and Disney for comment.