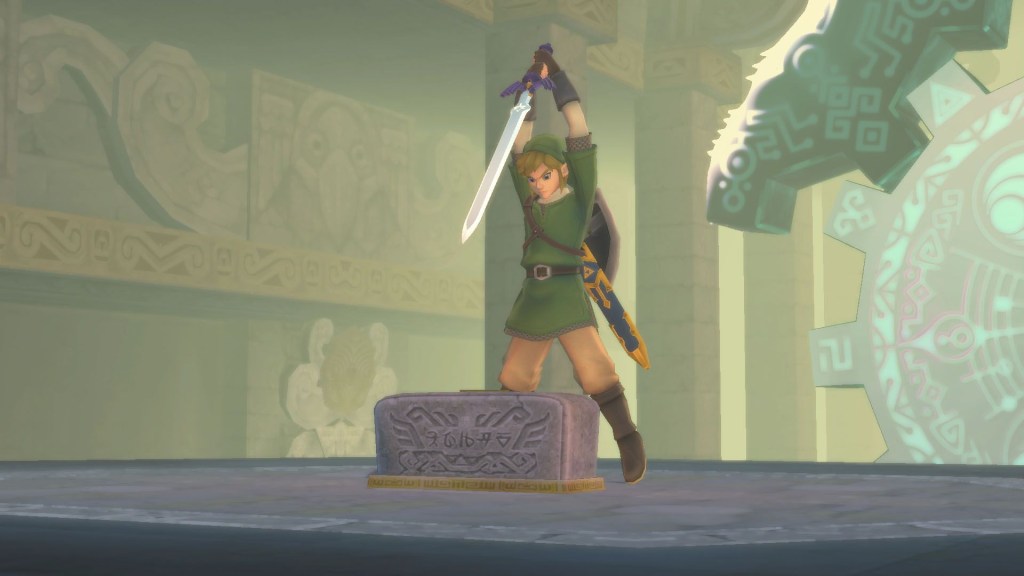 The Friday Inbox is very grateful for the Sonic Symphony 30th Anniversary Concert, as another reader calls for a Quake reboot.

Second chances
I see we’re getting close to the Zelda: Skyward Sword HD release and I’m still not sure whether I’m going to buy it or not. I did have it on the Wii and while I was generally impressed with the motion controls, I found them too unreliable and the game too repetitive to keep my interest and I only got about 10 hours into it.

I seem to remember getting distracted by other things at the time so it’s not like I hated it or anything, but I honestly don’t know what to think of it and whether it’s worth getting the Switch version to try it again, because I definitely would prefer to play it with normal controls.

I remember the first couple of dungeons being pretty well designed but I also remember a lot of boring fetch quests and constant backtracking for no good reason. I’m going to guess that Nintendo won’t be taking this out or making any major changes to the structure or pacing, and that was a much bigger problem than the motion controls.

It’s still wild to think this game had exactly the same director and producer as Breath Of The Wild and yet the reputation of the two games couldn’t be more different. Interested to know what other readers think, especially anyone that’s considering double-dipping.
DuesMechs

Needs more ninja
Ghost Of Tsushima is such a weird franchise for Sony to go crazy big on. Don’t get me wrong, I enjoyed it and while I understand the complaints some people had about it I was perfectly happy with it basically being a better version of old school Assassin’s Creed.

A spin-off that’s set roughly at the same time, just on the next island over, doesn’t make much sense to me though as I don’t see what it has to add. What future potential the series has, for me, is that it’s set so early in history that bushido and ninjas don’t exist yet, so getting to that probably (probably with whoever you’re playing as having a hand in inventing it all) seems an obvious way to go and do something interesting.

Personally, I think the whole Mongol invasion aspect was the least interesting part of the first game and thing that made it seem most like Assassin’s Creed. Getting rid of that would be the first positive step forward.
Gravy

Be untrue
As someone that keeps hearing about what good value Game Pass is I still find it hard to pull the trigger on buying an Xbox Series X. As other have said, probably better than me, there’s just something about their attitude that rubs me up the wrong way and makes me think they still don’t really get it.

They’re still convinced that they have a line-up of classic games that people are dying to see more of but I really don’t think that’s the case at all. As someone whose only Xbox console was the 360 I can tell you that Gears Of War and Halo was starting to feel old hat at the end of the generation and as far as I can see have stayed that way. Nobody cares about Killer Instinct and Fable was always mediocre, whatever they seem to have convinced themselves.

That’s not the reason I, or anyone I knew, bought a 360. It was because it was best at running third party games and Sony was a mess that generation. That’s it. I can see why they would find it hard to give up on Gears Of War and Halo but the others are just dead weight if you ask me. I don’t care if the new Fable looks photorealistic, if it still plays like a wet flannel, in some mad attempt to be ‘true to the original’, then that’s going to put me off buying an Xbox Series X more than anything else.
Delta Bravo

No rush
I have no interest in football, so the new PES means nothing to me, but I wish other publishers would get into the habit of taking years off or just generally allowing more time for their games. Ubisoft had to take drastic measure with Assassin’s Creed, around the period of Unity and Syndicate, and sensibly took a ‘year off’ (i.e. took a year longer) and the result was Origins, which has done very well for them.

They’ll probably need to do it again soon but I really feel Call Of Duty should do the same. Especially as it’d be easy for it, as Warzone can cover for it while it’s away. Battlefield certainly seems to be benefiting from increased hype by virtue of being away for a few years. It’s probably why Nintendo games do so well too, because it’s always a long wait before the next one.

If in doubt take a bit longer, that would be my advice.
Dan Darque

Enemy boss
As excited as I am about the new 2D Metroid my biggest concern is the story, which was absolutely awful in Metroid: Other M and made a bad game considerably worse. As far as I understand Yoshio Sakamoto is still in charge of the writing so I am not confident. I know he likes to see himself as the boss of Metroid but as far as I can see he’s been responsible for all the worst parts of it, at least recently.

If Samus is once again portrayed as whiny wimp I will be very upset. Although that’s one reason why I’m glad this is being described as the last in the series, presumably before it’s rebooted. I hope at that point Sakamoto will step away from the series and let someone else have a go, especially if things don’t end well.
Windy

Happy birthday
Can I just take the opportunity to thank Sega for the wonderful Sonic Symphony 30th Anniversary Concert? It was absolutely wonderful taking in all aspects of the music. Say what you like about the games but the music has been consistently strong over the last three decades. Within three minutes, I got three text messages from friends all saying the same thing: ‘Dude, I am crying right now’ (as was I!).

There were so many highlights: the orchestra acknowledging the Game Gear and Saturn era, the original composer of Sonic 1 and 2 (Masato Nakamura) confirming a full-fledged pop song of Green Hill Zone (his band Dreams Come True is one Japan’s biggest ever bands), Tomoya Ohtani’s band and awesome DJ skills, and of course Crush 40!

It was lovely to see so many positive comments. Despite being miles away, for those two hours, me and my friends were together to experience this. When so many anniversaries have come and gone with barely a whimper, for Sega to give us a free two-hour concert is nothing short of extraordinary.
Bcdcdude

Pick one
Personally, I think the problem with Quake is that it never had any clear identity of its own. Doom and Wolfenstein weren’t exactly deep storytelling but at least you knew who the bad guys were: Hell and Nazis. In Quake it kept changing. One minute it was Lovecraftian monsters then it was Borg-like aliens, then it was just other players and… I didn’t play the fourth one.

I agree a new single-player game is the way to go, but more to give it a definitive personality than anything else. More than any of their other games, Quake felt like a tech demo and none of its sequels got away from that.
Sandler

Walking distance
Sonic. He’s 30. I was nine and a half when it came out. I’m sure you can do the maths. Man do I feel ancient. This is probably what Star Wars fans feel like who saw the first movie at the cinema back in ‘77. Well, happy birthday little guy – in spite of your parent company’s best efforts to bury you.

I have been wondering lately how weird the level progression in most games are. Especially the second one on the Mega Drive. After a pleasant, if entirely forgettable, jog along the Emerald Hill coastline we arrive at the hyper-industrialised Chemical Plant Zone. Which was apparently right next door. Then it’s the Greco-Roman Atlantis (and very boring) pastiche of Aqua Ruin. Then off to the Las Vegas-inspired Casino Night Zone. Before the chilly mountains of Hill Top.

I think the only time where the flow of levels has made any natural, geographical sense was on the Master System/Game Gear version of the first game which showed your progress on the island before the start of each stage. I have a special fondness for the first Master System game, as it was my very first Sonic experience. I was just a poor boy from a poor family, you see. Spare me my life from this monstrosity. Easy come, e… no! I must not Bo-Rhap!

Also, was Sonic 2 on the Mega Drive the first ever video game to launch worldwide simultaneously?
DMR

GC: You don’t know they’re right next to each other. There could have been a three-hour train ride between zones, for all the game shows you.

Inbox also-rans
You know, I really like the idea of Shigeru Miyamoto as the final Smash Bros. fighter. If not him then I agree: Nell from Advance Wars.
Doshin

So I see Virtua Fighter 5 has made zero impact, just as I assumed it would. Oh well, maybe they’ll try again in another five years’ time…
Bottlin

This week’s Hot Topic
The subject for this weekend’s Inbox was inspired by reader Andee, who asks what’s your favourite video game soundtrack.

We’ve run similar Hot Topics a few times in the past so to ensure the discussions is different your musical choices can only be from the current and previous generations (i.e. PlayStation 4 and 5). What has been your favourite soundtrack from that period and how does it compare to other classics?

Do you listen to the soundtrack separately to the game and do you enjoy the whole thing or just a few tracks? What do you think of current standards in video games music and what are you looking forward to in the new generation?