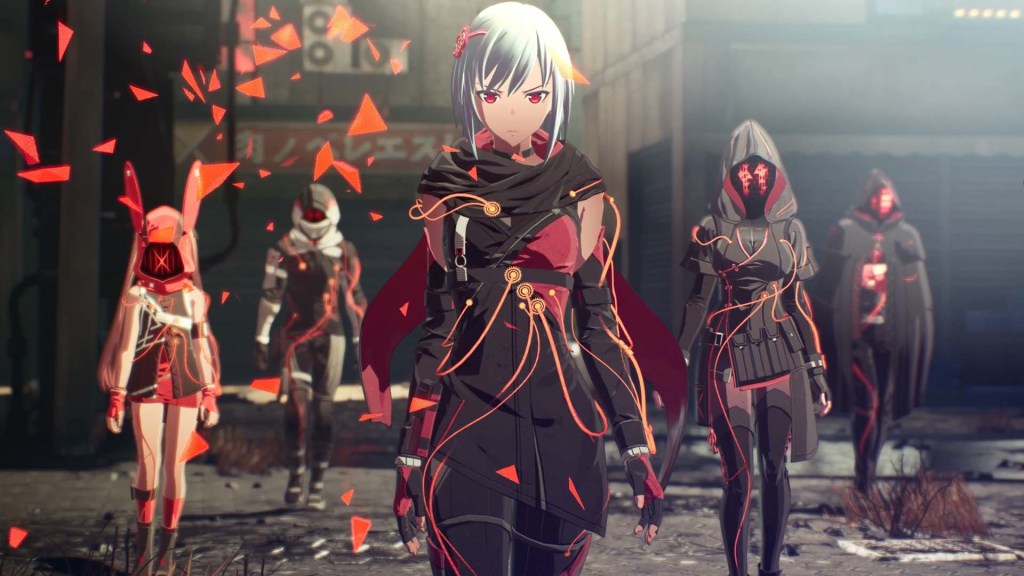 Bandai Namco’s new action role-player mixes anime visuals with some highly satisfying combat, and all while being an entirely original IP.

The past few years have been golden ones for fans of Japanese role-playing games (JRPGs), with multiple Final Fantasy and Yakuza games, and even NieR, deservedly enjoying mainstream success – backed up by countless equally fine efforts that failed to escape from the JRPG niche. But rather than being the latest sequel in a long-standing franchise Scarlet Nexus is a brand new IP, a rarity in any situation but all the more so for how seemingly unconcerned the game is about following current mainstream trends.

JRPGs can be a bit too strange for more casual gamers but Scarlet Nexus sidesteps such potential pitfalls as turn-based battles by being very much an action game, with combat broadly reminiscent of that of Devil May Cry or Bayonetta. An extra twist, that the two characters you can play as have psychokinetic powers, lends it a unique feel. So, while Scarlet Nexus possesses JRPG sensibilities it’s very much an action game first.

Visually, there’s no mistaking the country of origin: Scarlet Nexus’ graphics are distilled from pure, sumptuous essence of anime. It looks simply superb, with a bold and distinctive colour palette that can take some neon-style, lurid turns when you start exploring the more arcane elements of its gameplay.

Scarlet Nexus’ storyline is a wild slice of sci-fi that lurches in some deliciously improbable directions, yet contains calming character-bonding interludes that have the feel of a soap opera and bring a welcome sense of ebb and flow. Set in a very Japanese parallel universe, it follows the fortunes of Yuito Sumeragi and Kasane Randall, two young cadets graduating to the OSF, a sort of psionic police force. Their job is to confronts and kills the Others; deadly creatures that are apparently invading the Tokyo-like city of Suoh from another dimension.

The first thing you must do is decide whether to play as Yuito or Kasane. Although they have different physical attacks they have the same psychokinetic powers, which eventually emerges as being integral to the story. Their OSF squad-mates have different powers – among them hypervelocity, pyrokinesis, invisibility, clairvoyance, and electrokinesis – which they can borrow for short periods via a brain-connection system called SAS, which also lets them communicate telepathically.

The two storylines are initially more or less identical but diverge after a certain point, when a key plot point throws everything into chaos, with time-travelling and initially baffling conspiracies entering the mix. There’s an uncomfortable period in which every other cut scene seems to include a character asking, ‘What’s going on?’ but eventually things become clear, if rarely predictable.

Gameplay-wise, Scarlet Nexus is highly satisfying, pleasingly distinctive, and as tactically demanding as you would expect a JRPG to be. Using the right trigger, you can pick up random objects from your surroundings and hurl them at your targeted enemy. Then, if you follow those up with carefully timed melee attacks, you cause extra damage and recharge your electrokinesis, so it’s all about building chains of attacks.

With the left trigger, you can hurl rare but useful environmental objects at enemies, causing huge damage, particularly if you also time extra button presses as they land. You soon begin to encounter enemies which require you to borrow specific powers, for example, clairvoyance lets you lock onto Others who hide behind an otherwise impenetrable fog.

You don’t just fight Others but must also take on individuals and squads with similar powers to yours, which requires a different tactical approach. There’s a mode called Brain Drive which makes you more powerful for a while and capable of launching a Brain Field, a sort of neon-netherworld into which you drag any enemies you are fighting – which comes in handy when you need to escape battlefields covered in status effects like immobilising electricity. Sure, it’s complex, especially in the latter stages, but it’s also deeply rewarding, and some of the more extravagant attacks are wondrous to behold.

There are some highly memorable boss battles, and sequences of mild navigational puzzling, plus the usual RPG trappings like a skill tree (called the Brain Map), an array of useful health-restorers, and better weapons and clothing to find. The game’s also satisfyingly meaty: each storyline can be stretched out to 20 hours or so and it’s worth playing both characters’ stories to find out what happened in the large parts of the game when they weren’t in contact with each other.

Scarlet Nexus’s arrival might not have been hailed with the sort of anticipation that a new Final Fantasy game would inspire but it’s certainly more interesting than any recent Tales game, which the same studio also works on. Fans of JRPGs and anime will love it, as this really does feel like a particularly out-there anime film which you just happen to control. It’s both weird and endearing, in the way that only the best Japanese media can be.

As a new IP it’s hard to know how well Scarlet Nexus will do but it certainly has all the hallmarks of a new cult classic, one that could even break into the mainstream with the right marketing and word of mouth. At a time when multiple companies seem afraid to appear ‘too Japanese’ going in the opposite direction has paid off handsomely for Bandai Namco.

Pros: Looks fabulous, with a great battle system that’s familiar yet distinctive – with some varied and enjoyable magic abilities. An extensive campaign that justifies the two playthroughs.


MORE : Chicory: A Colorful Tale review – paint your own adventure