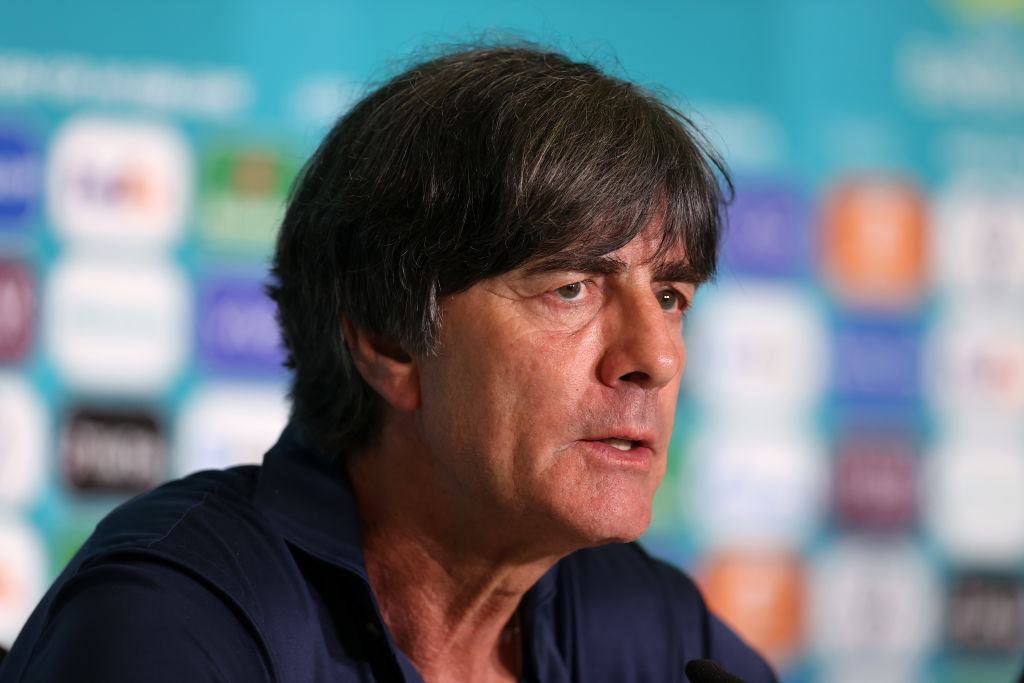 Joachim Low said the prospect of facing England in Euro 2020’s last 16 was an ‘absolute highlight’ after his Germany side salvaged a draw against Hungary to set up a titanic clash at Wembley next Tuesday evening.

With just one point to their name after two games, Germany looked to be crashing out at the group stage as Andras Schafer fired past Manuel Neuer just moments after Kai Havertz’s 66th-minute equaliser in Munich.

Germany had earlier been stunned by Adam Szalai’s brilliant headed opener in only the 11th minute, with Low’s players producing a laboured first-half performance.

But second-half substitute Leon Goretzka struck to spare Germany’s blushes with five minutes remaining at the Allianz Arena and the 2-2 draw ensured the hosts progressed as runners-up behind France in Group F.

Portugal, meanwhile, qualified as one of the four best third-placed teams after their 2-2 draw with France and will do battle with Belgium in the round of 16 on Sunday night.

Speaking to reporters after Wednesday’s breathless encounter, a relieved Low – who steps down after the tournament – ‘promised’ Germany supporters that his Germany team will be better ‘prepared’ when the England match comes around.

‘It is an absolute highlight to play England at Wembley,’ the Germany head coach said.

‘We will be well prepared and will of course perform differently than today. I can promise that.’

Neuer expects Germany’s upcoming clash with England to be a ‘completely different game’ to the Hungary match.

‘We are just relieved that we managed to qualify as group runners-up, of course that was a thriller of nerves,’ the Germany goalkeeper said.

‘That was a many-legged defensive chain that wanted to close everything down. England will be a completely different game.

‘We want to go further – and Wembley suits us.’

On the prospect of facing England at Wembley, Joshua Kimmich said: ‘Awesome! There is no better game.

‘We’ve seen three different games now, and we’ve definitely got room for improvement. We want to show that at Wembley.’