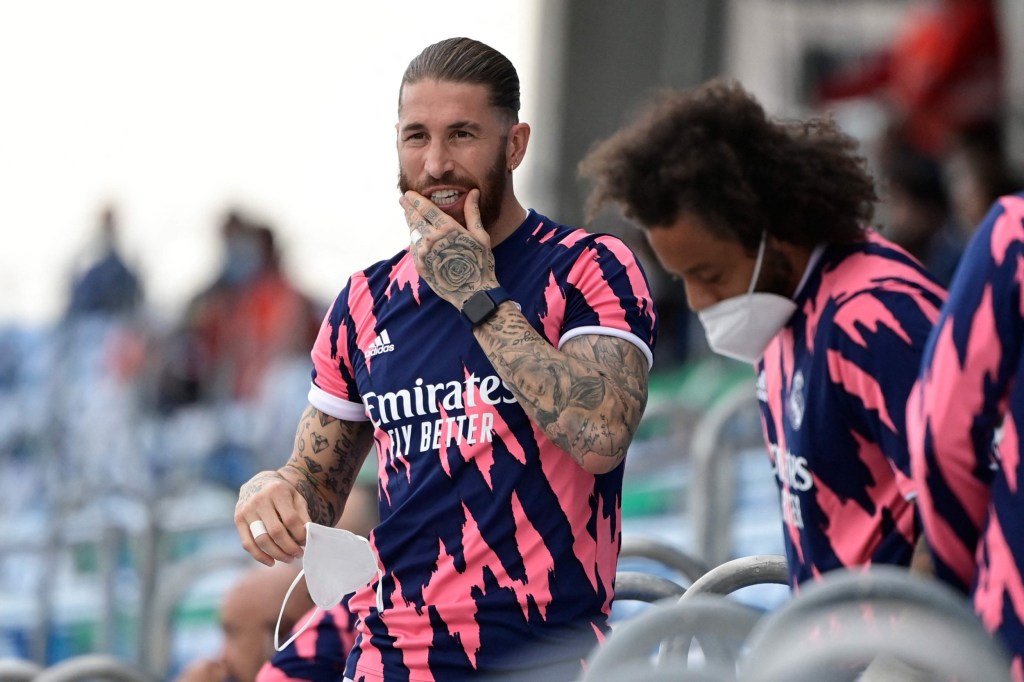 Sergio Ramos has told Real Madrid’s players that he will be joining Paris Saint-Germain, according to reports in Spain.

Ramos is leaving Madrid on a free transfer this summer after successful 16-year stint in the Spanish capital.

Manchester United, AC Milan, Chelsea and PSG have all been heavily linked with a move for the 35-year-old.

But according to Spanish radio station Cadena Cope, Ramos has told three of his Real Madrid teammates that he is heading to PSG this summer.

The report claims that Ramos has already accepted PSG’s offer and rejected approaches from other clubs, including Manchester United and Chelsea.

PSG, meanwhile, are understood to be keen to add experience to their back line after losing Thiago Silva to Chelsea on a free transfer last year.

The French club are also reportedly interested in Raphael Varane, who is wanted by Manchester United.

Speaking last week, Ramos was adamant that he wanted to remain at Madrid and accused the club of taking away their offer of a contract renewal.

‘The club offered me one year, with a drop in salary. I wanted two years, not for the money, for continuity for me and my family. The economic issue was never a problem.

‘Then I decided to accept the offer that I thought was on the table, of one year, but I was told that the offer wasn’t there any more.

‘They told my agent that the offer had expired a week ago. The truth is I don’t know why the offer expired, I can’t answer that. There was a negotiation and maybe I misunderstood.’