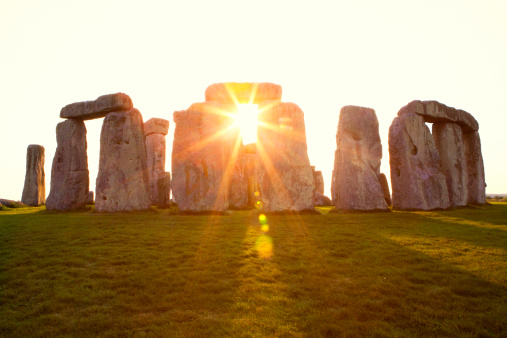 Today marks the Summer Solstice 2021 which means that summer is officially here.

It is also the longest day of the year, giving you the perfect opportunity to enjoy the sunset and take part in celebrations.

The summer solstice takes place when the tilt of Earth’s axis is most inclined towards the sun and is directly above the Tropic of Cancer.

But what else is there to know about the day?

Facts to celebrate the summer solstice

Every planet has a summer solstice. On Mars (our closest planet), the longest day of the year takes place a few days later.

On Uranus, they take place every 84 earth years – a season is 21 of our years, meaning you’ve probably only experienced a few seasons in your lifetime.

The word comes from Latin

Solstice means ‘sun stand still’, because the sun appears to stay stationary at its highest point around midday.

It goes by many different names

You might have heard of Midsommar in Sweden, or Litha among Wiccans and Pagans. Some Christians also mark the date as the birth of John the Baptist.

Flower crowns are part of the celebration

They aren’t just decorative. Some wildflowers, especially St John’s Wort, are seen by some as protection against evil spirits.

The sun doesn’t set at all in some places

In the Artic Circle, and the very north of Iceland, the sun doesn’t set at all on the solstice. It appears to dip to the horizon, but then begins to rise again, marking the next morning. The days halfway between solstices are called equinoxes

Not only did it knock earth to its 23 degree angle, the debris created the moon.

The rodents are nocturnal, and research has shown that the lack of darkness in summer can make them stressed.

For humans, it’s the opposite – lengthy nights can make us feel anxious.

Eratosthenes – chief librarian at the library at Alexandria – knew where the Tropic of Cancer was, and that the sun was directly above it at the solstice.

Using the length of the shadows at midday, he correctly identified the angle of the earth’s tilt, and that the earth is 24,902 miles in circumference.

The Maya built monuments to the sun and stars

At the Mayan city of Chichén Itzá in Mexico, there are ruins of an observatory – the corners of which point to the solstice and equinox sunsets.

Astronomical monuments seem to have been common in ancient civilisations, appearing in across the world.


MORE : Summer of love: What your tarotscope says for 2021 romance


MORE : What is the meaning of summer solstice and how many hours of daylight is there today?