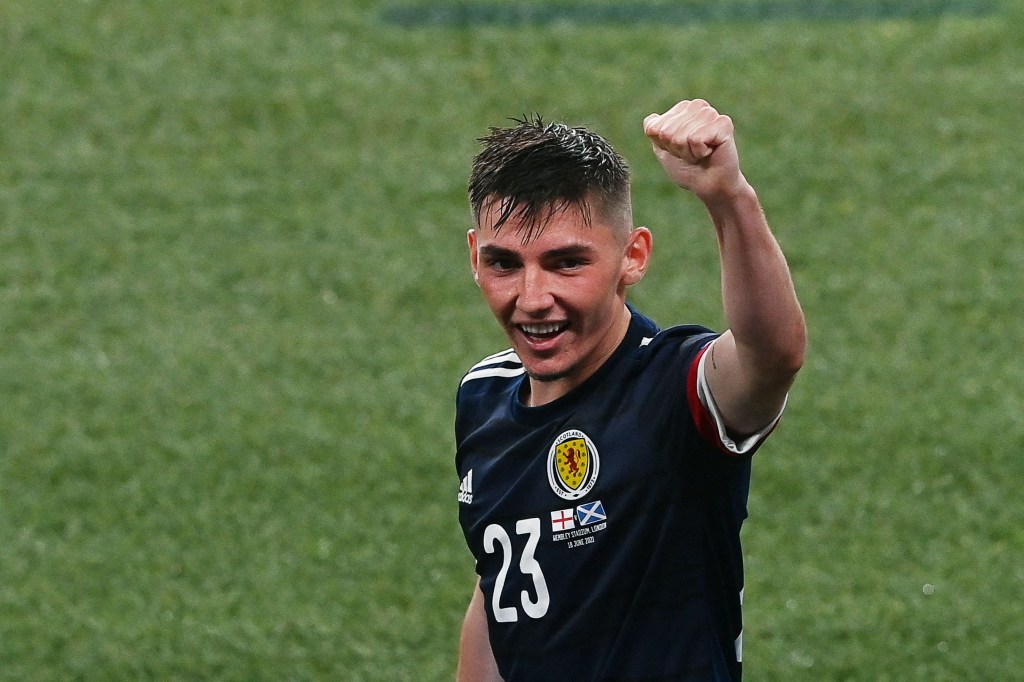 Gilmour was handed his first senior start for Scotland for their Euro 2020 clash against England at Wembley on Friday night and the 20-year-old shone at the heart of his side’s midfield.

Gilmour was named man of the match for his display against Gareth Southgate’s side, which has kept Scotland in with a chance of reaching the knockout phase ahead of their final group game against Croatia on Tuesday.

The midfielder enjoyed a strong end to the domestic season under Thomas Tuchel at Chelsea.

And Neville believes Gilmour’s performance at Wembley was a ‘sobering experience’ for England’s midfield.

‘He came into a cup game against Liverpool in his first game [for Chelsea] and he was brilliant,’ Neville told ITV Sport.

‘His temperament is fantastic, he accepts the ball, watching those clips, it’s a sobering experience for England.

‘Where is he?’ Alex Scott frustrated by Chelsea star’s performance against Scotland

‘Gilmour was always available, England don’t have that player.

‘People might point at Kalvin Phillips but he is not as good on the ball, at accepting the ball, as Gilmour. Technically, he’s a little bit better.’