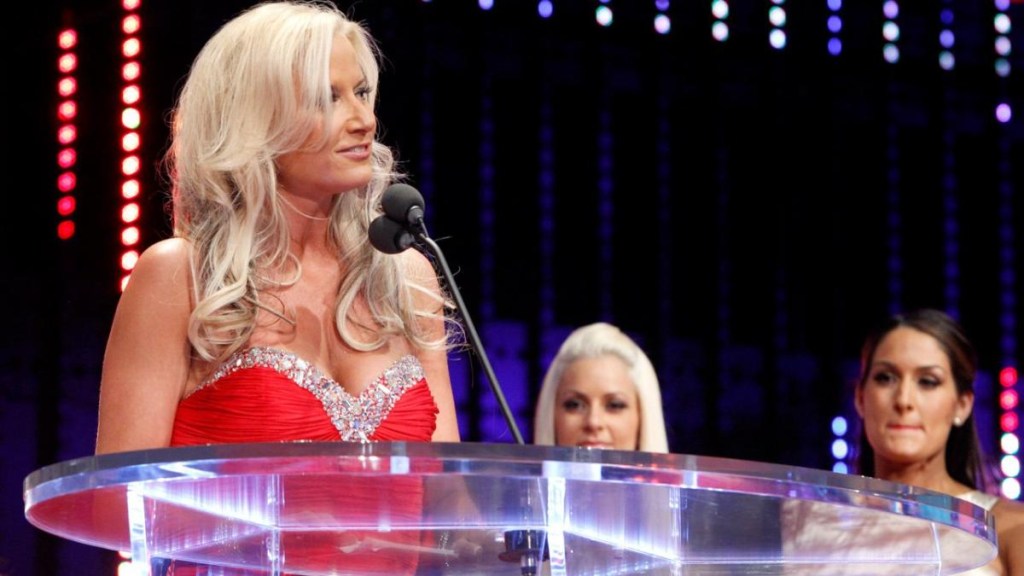 WWE legend Sunny has addressed her future plans after being released from prison last week.

The Hall of Famer – whose real name is Tammy Lynn Sytch – was arrested last year on charges of eluding a police officer, violating a domestic violence restraining order and operating a vehicle during a second license suspension.

She was released on June 9 after being jailed in July 2020, and now the 48-year-old star has weighed in on her sentence and plans for the future.

In a statement, she told WrestleZone.com: ‘To my fans and the pro wrestling community:

‘I am happy to be finished with my sentence and I am anxious to start the next chapter of my life. I am healthy and happy and feel great.

‘The incident which led to this last incarceration stemmed from some major misunderstandings. However I accept responsibility and have used this time to make a better me and put my past mistakes behind me.

‘I have now served my sentence for the PA and NJ issues and will focus on the future. I am focused at present on caring for my mother who is in a nursing home and spending time with her.

‘I will take a couple months this summer and decide what my next steps are professionally and make decisions about where I’d like to live and work.’

Sunny – who is considered the first WWE Diva – thanked her family, fans and friends for their support, as well as paying tribute to her legal team.

She continued: ‘I want to thank my sister Lori and my mom for their wonderful support.

‘I want to thank my fans and friends who have always supported me no matter what. James, for getting me through these last four months. I don’t know what I would do without you. I love you all.

‘And I would like to thank my legal team of David Sebelin in PA, John Flynn in NJ and of course Stephen P New, my attorney and friend.

‘God gives his toughest battles to his strongest warriors, and I will bounce back better than ever before. I am the Taminator. I’ll be back.


MORE : Ex-WWE star Ted DiBiase Jr’s proudest moment in wrestling is the day he walked away