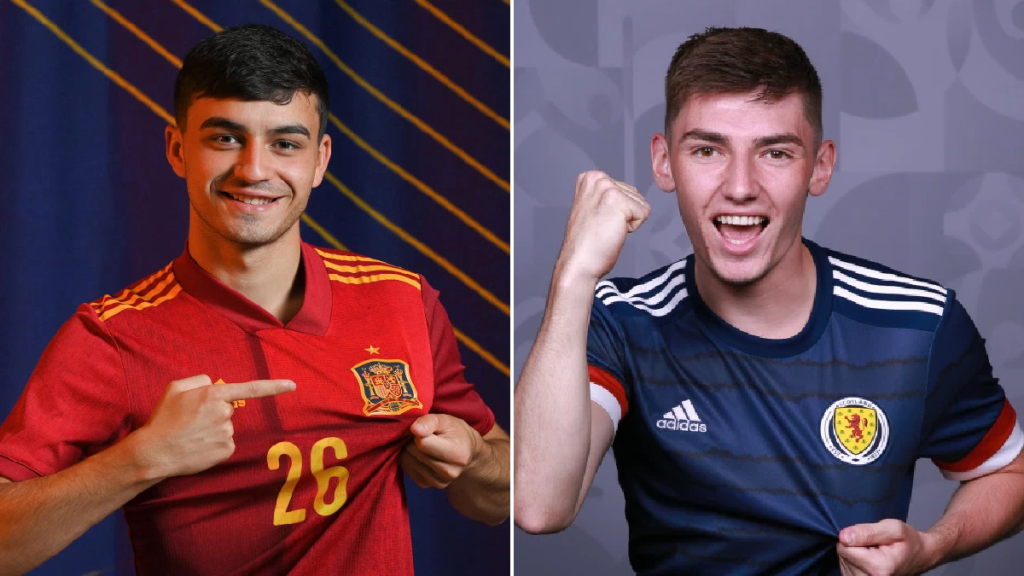 The Tartan Army will descend on Wembley on Friday night as the two old rivals do battle in Euro 2020, with the Scots knowing they likely need at least a point to keep their hopes of progressing to the last 16 alive after losing their opening game against Czech Republic.

Champions League winner Gilmour was an unused substitute in that match but Mourinho feels Scotland sorely missed his passing ability and creativity and feels he can have a similar impact to Barcelona youngster Pedri, who shone in Spain’s opener despite his tender years.

‘Scotland are a team with a good mentality but without real talent, especially in attack,’ wrote Mourinho in his pre-match column for The Sun.

‘I was surprised with Scotland against the Czechs in the way they really struggled to build their game. The quality wasn’t high.’

Proposing Gilmour as a solution, he continued: ‘I saw how difficult it was for Scotland to play from the back and to reach the midfield so I would ask if Billy Gilmour can’t give them more possession.

‘I looked to Spain playing this youngster Pedri and I ask myself if Gilmour can’t give more to Scotland.’

The Barcelona youngster was preferred to Liverpool’s Thiago Alcantara and made 105 passes against Sweden before being subbed off after an hour – the most of any player on the pitch at that point; by comparison, Scott McTominay played the most passes of any Scottish midfielder against Czech Republic with just 47.

While Mourinho has not completely written off Scotland’s chances of staging an upset at Wembley, he firmly believes that England will be too strong.

He continued: ‘Scotland are super-motivated and they have that Braveheart spirit but in football it’s very, very rare that miracles happen. When I say miracles, I mean a team overcoming a huge difference in quality.

‘Can Scotland go to Wembley and win? Yes, because it’s one football match – but no, because England are a much better team with much better players.

‘When you have clearly the stronger team – and are in a much better situation, needing a point from two matches, while Scotland need four points against the two best teams in the group – the only thing England need is to respect the opposition.

‘You must believe Scotland’s mentality can make their team much better than the sum of its parts – but England are much, much better.’


MORE : ‘Contact me!’ – Andriy Yarmolenko and Harry Kane give Coca-Cola some love after Cristiano Ronaldo snub